For our virtual soundwalk, Mai and I decided to build a representation of Green-Wood Cemetery in Brooklyn. We spent a morning walking through the cemetery, recording its sounds.

When we arrived we were greeted by a raucous flock of bright green monk parrots who have nested in the cemetery’s front gate. 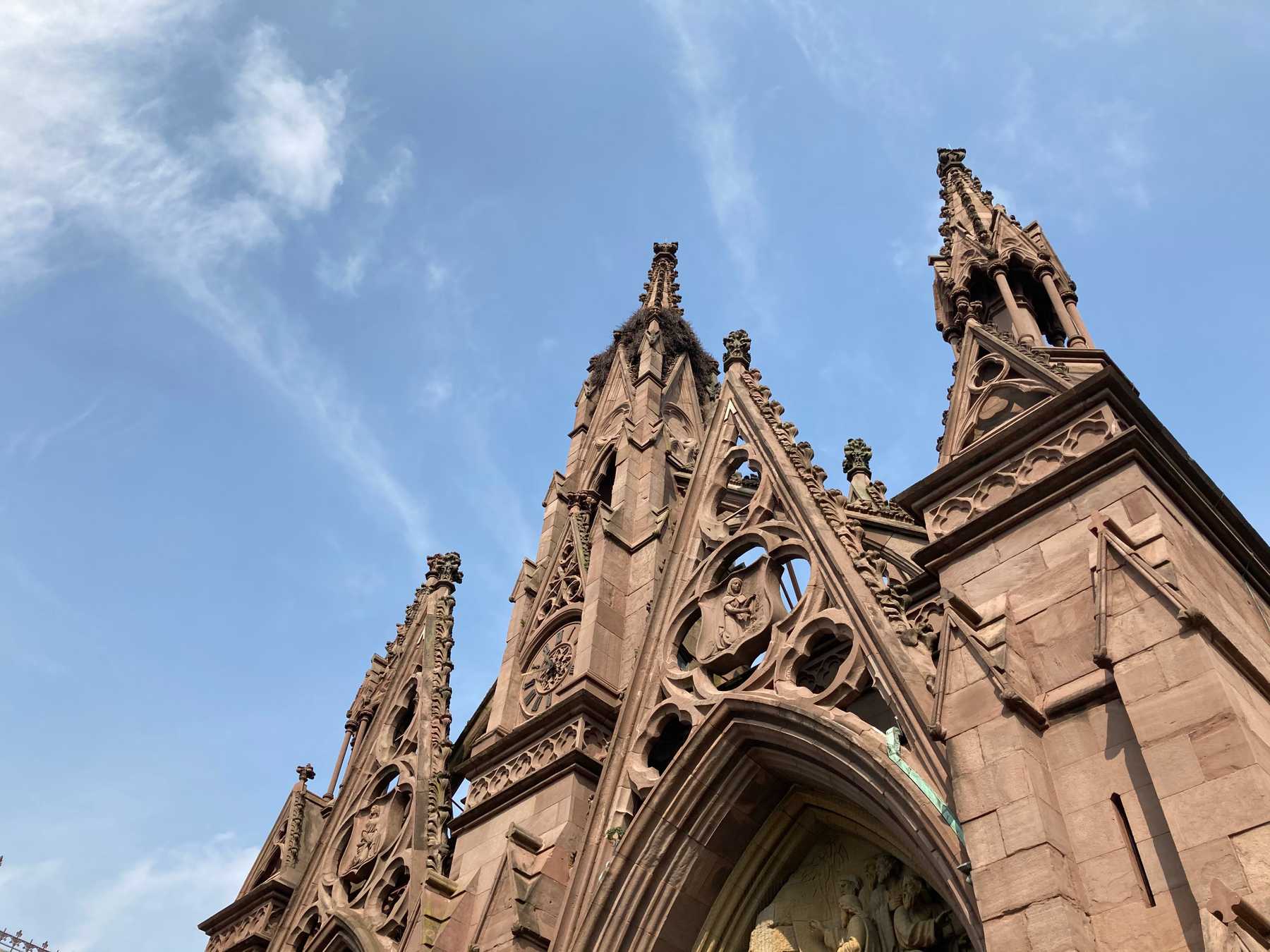 The monk parrot nest atop the main entrance

Walking deeper into the park, we focused on the sounds of the space we were in: wind through the trees, crickets, birds, lawnmowers and a bell tolling at the top of the hour. Knowing that our soundwalk would be virtual, we also recorded our footsteps on various terrain: the path, grass, and over fallen leaves. 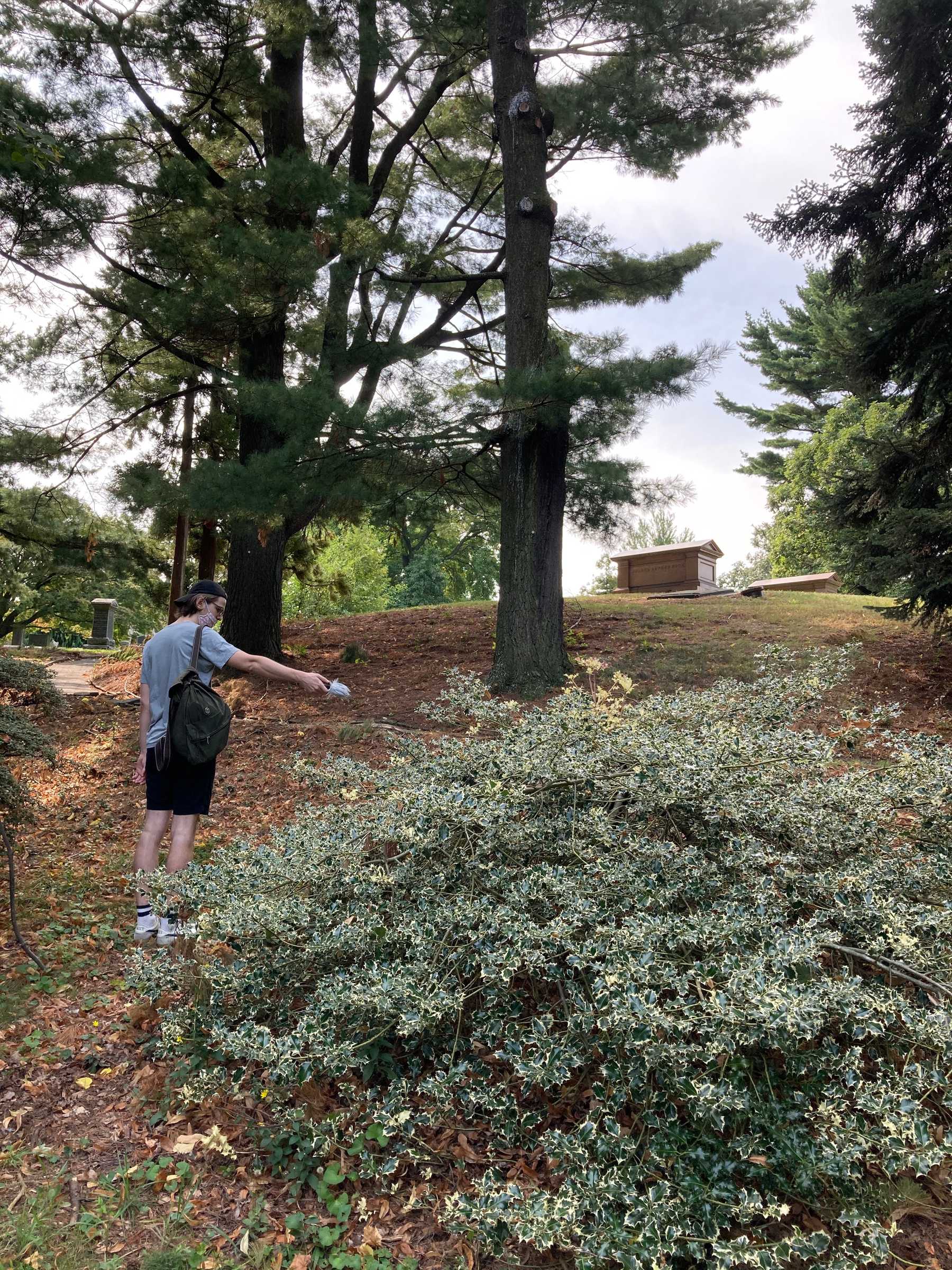 Recording crickets in the underbrush

We then attempted to create a spacial audio experience using the audio we captured. This required work to extract and clean up some of the sounds we wanted — such as footsteps or birdcalls — from the long recordings. We then imported the audio into Unity and crafted the environment.

We are both relatively new to Unity, so this took the form of a basic path through trees and gravestones, populated with several birds. Each element produces sound that you hear when you approach it. Try it out below! Use W A S D to move and the mouse to look around (click to focus the window).

We hoped to capture the calming effect that walking through the cemetery had on us — and there are many things we would have liked to have implemented given the time. We had recorded more footstep sounds than we used and had talked about adding an area covered with fallen leaves. We also wanted to make the wind more dynamic so that it rises and falls in volume (and causes the trees to sway more).

Another aspect we had discussed was adding some sort of historical or informational experience about the cemetery. Maybe you see images and hear dialog from some people buried there, or maybe you learn about how a foreign species like the monk parrot found its way to Brooklyn.