In this lab I familiarized myself with the Arduino Nano 33 IoT by wiring a basic circuit and uploading code that would allow me to toggle two LEDs by pressing a button. I began by attaching the Arduino to the breadboard and connecting its +3.3V and ground pins. 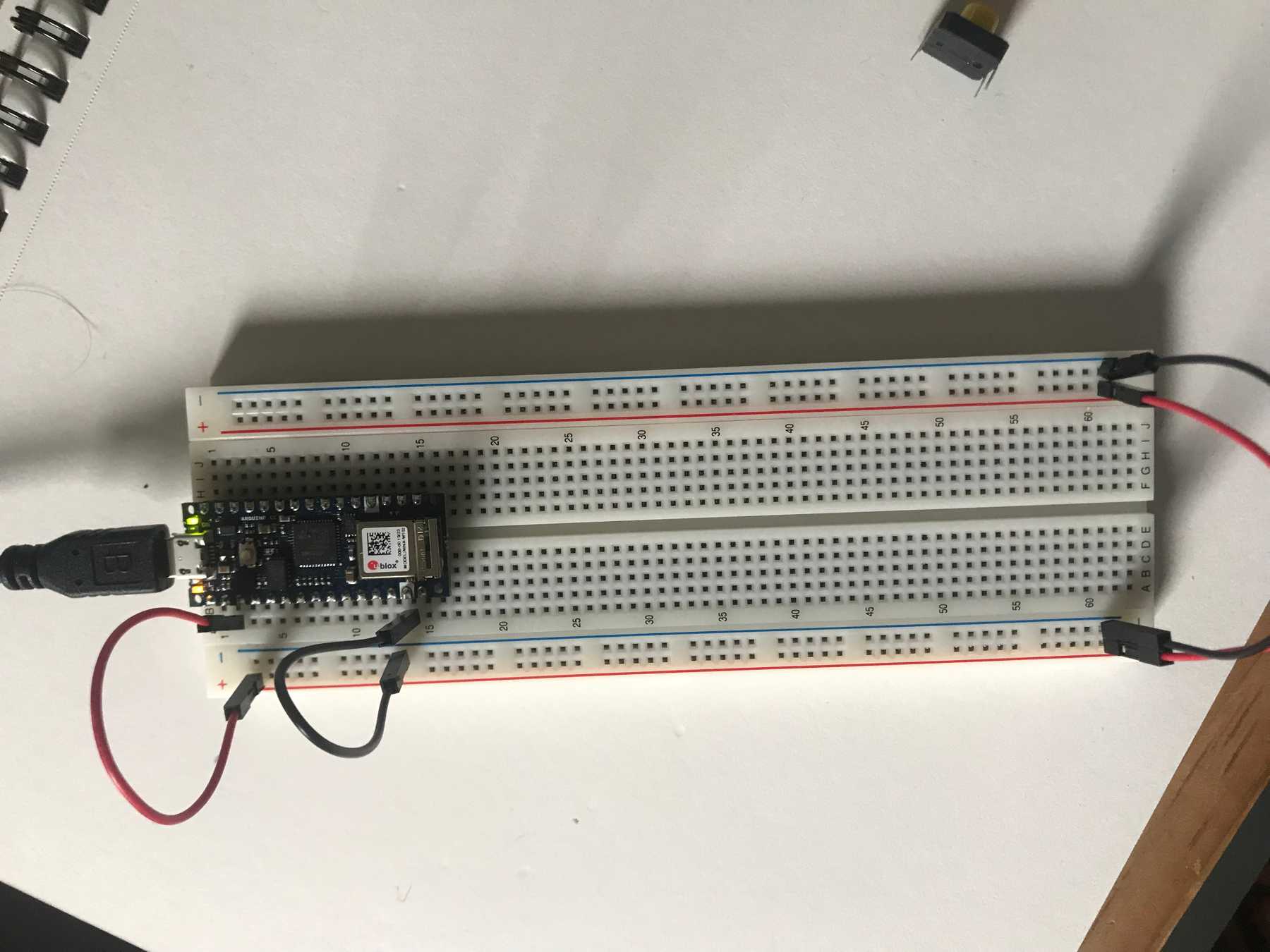 Attaching the Arduino to the breadboard

I started my circuity with a pushbutton connected to the D2 pin and a 10KΩ “pulldown” resistor connected to ground, which prevents the input from behaving unreliably. 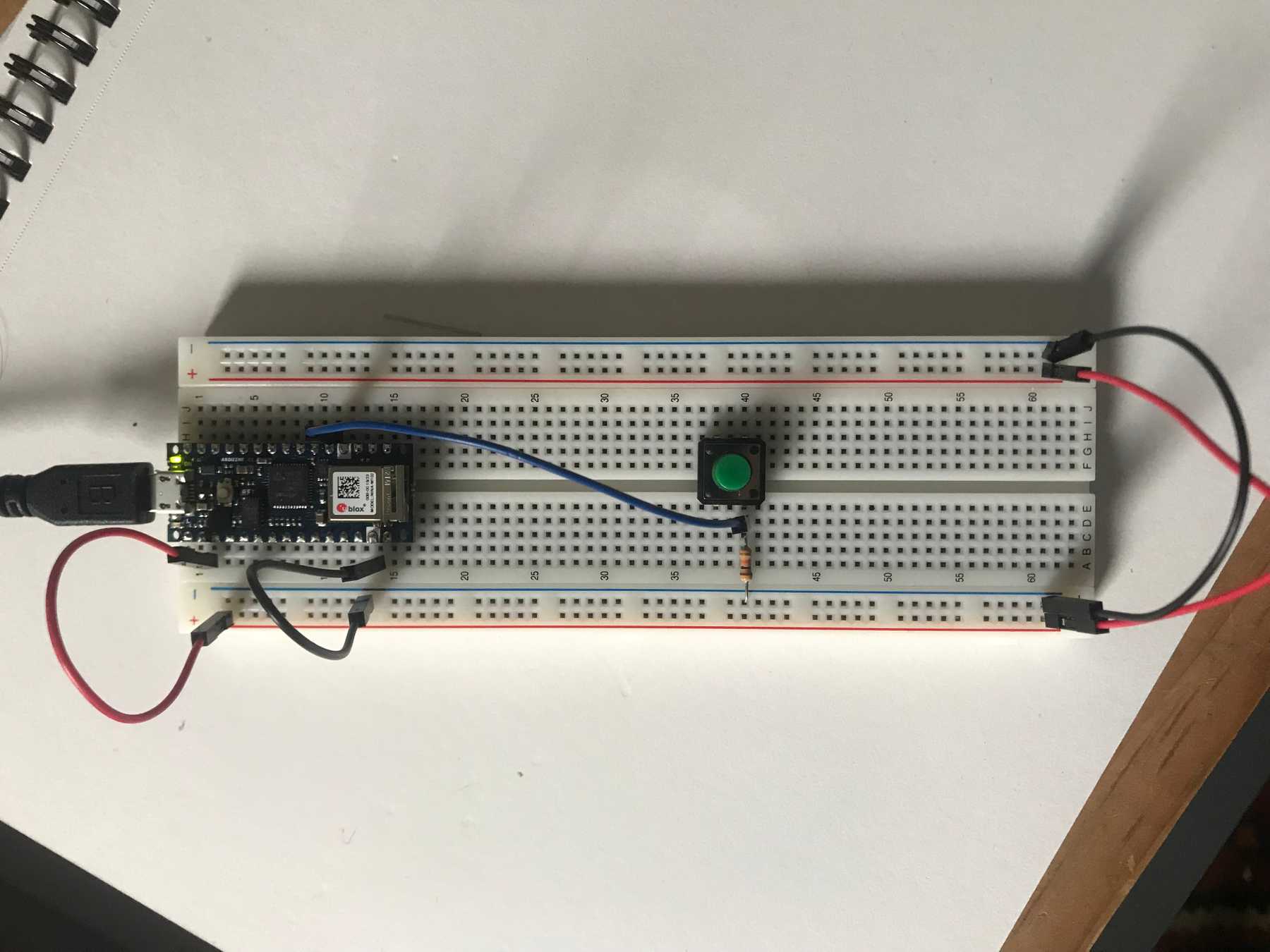 Connecting a pushbutton to pin 2 with a 10KΩ pulldown resistor

Next I connected two LEDs to pins D3 and D4, each wired in series with a 220Ω resistor. These would serve as my digital outputs. 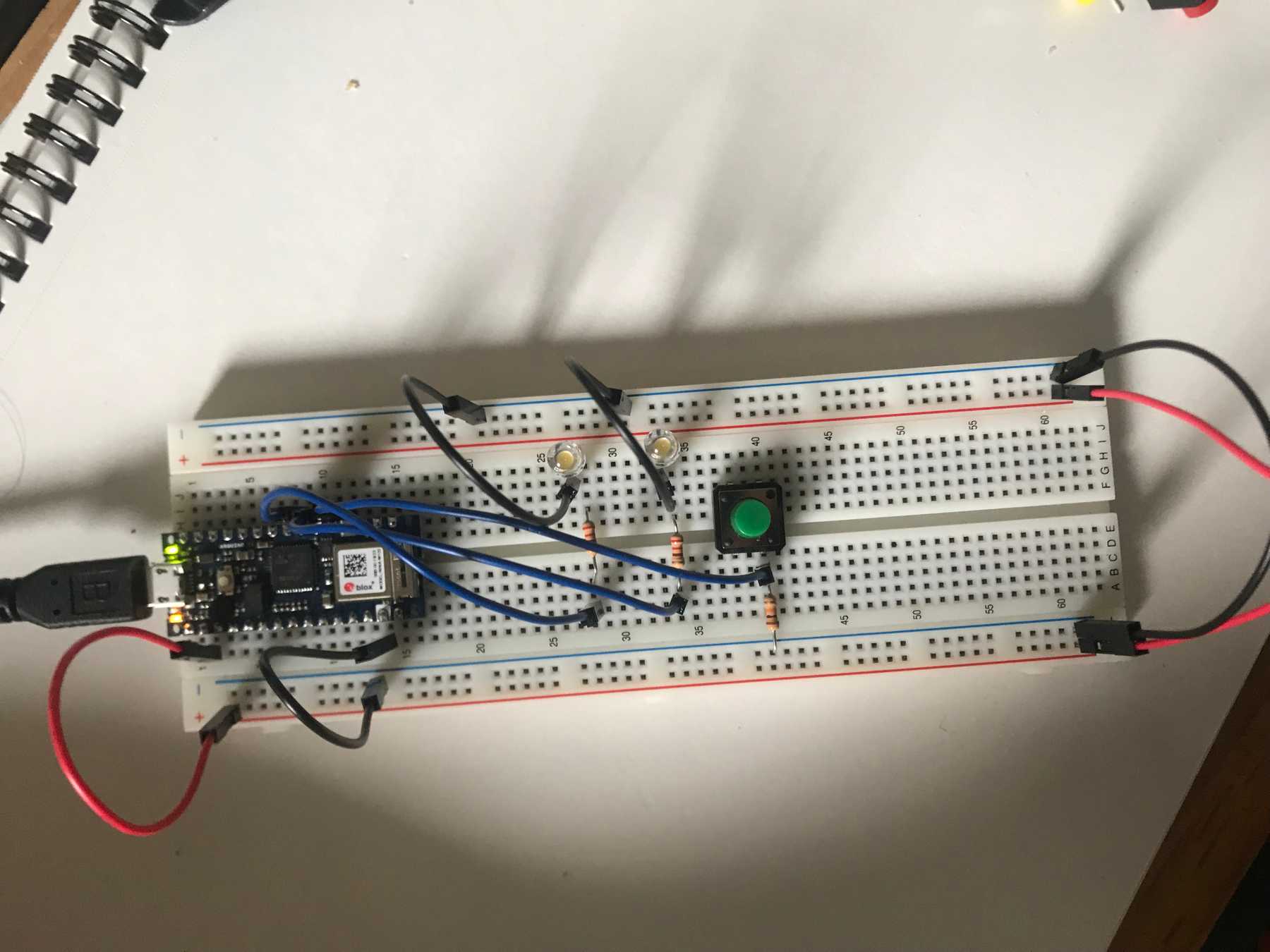 Wiring two LEDs to pins 3 and 4

I was then ready to upload code to the device. Using the Arduino IDE I uploaded this code, which toggles the two LEDs based on whether the pushbutton is pressed:

When the code was finished uploading, the first LED turned on. 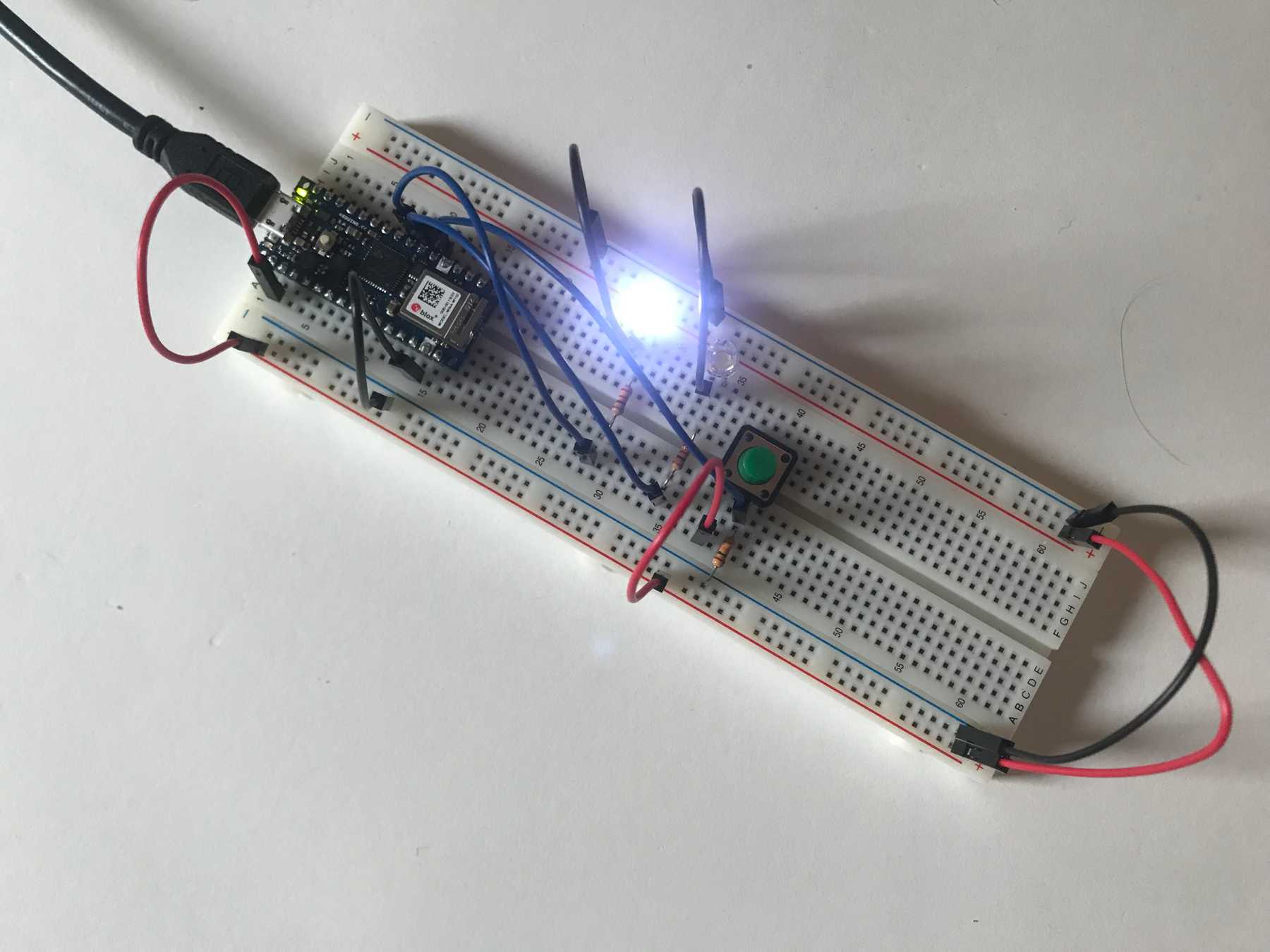 The first LED lights up after uploading the code

The LEDs toggled when I pressed the button. 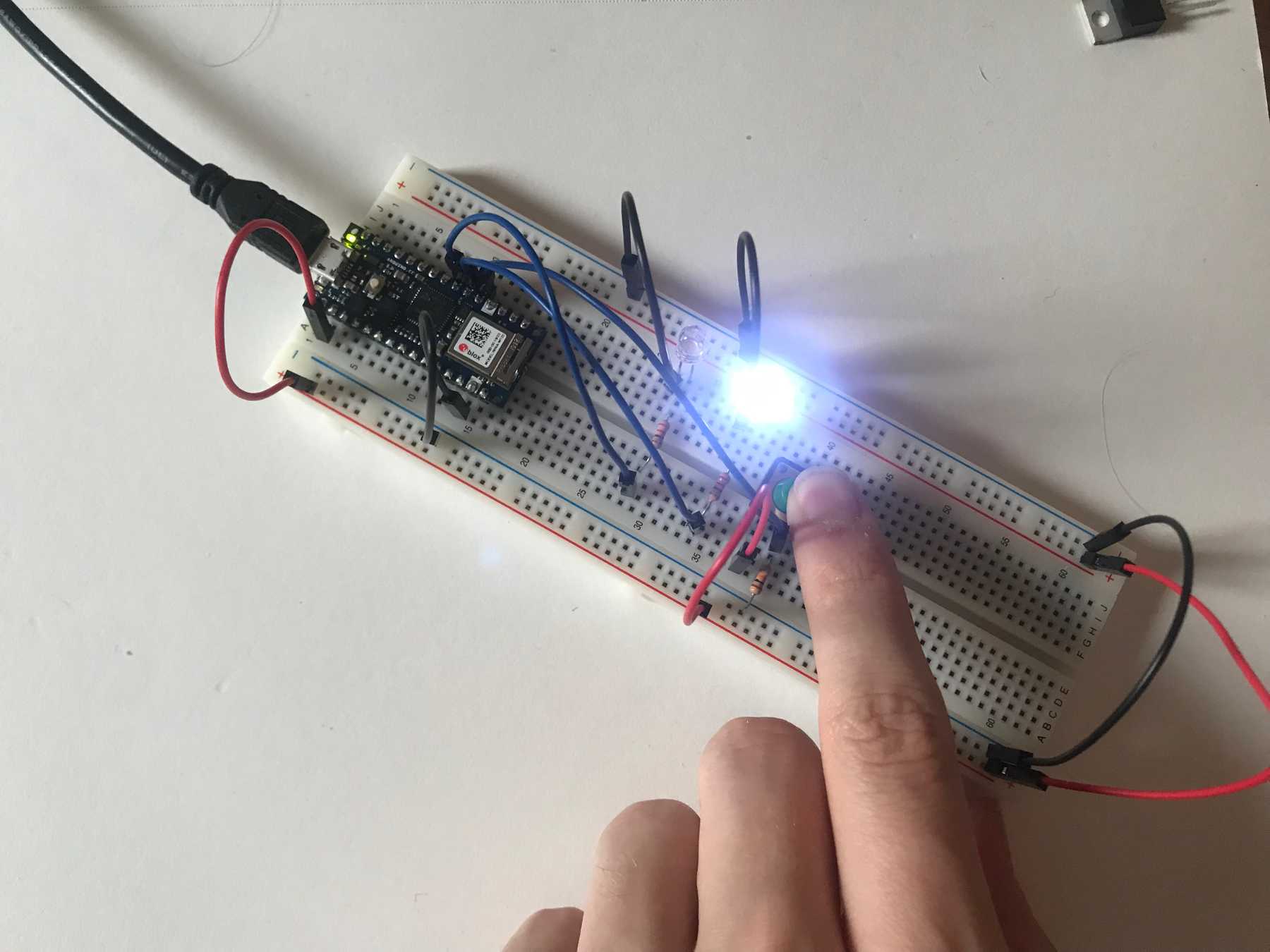 The second LED lights up when pressing the button

Pressing the button causes the LEDs to toggle