This week I crafted 5 sets of Tangrams — a geometric “dissection puzzle” made up of various basic shapes that assemble into a square. For each puzzle I also created a frame to hold it. 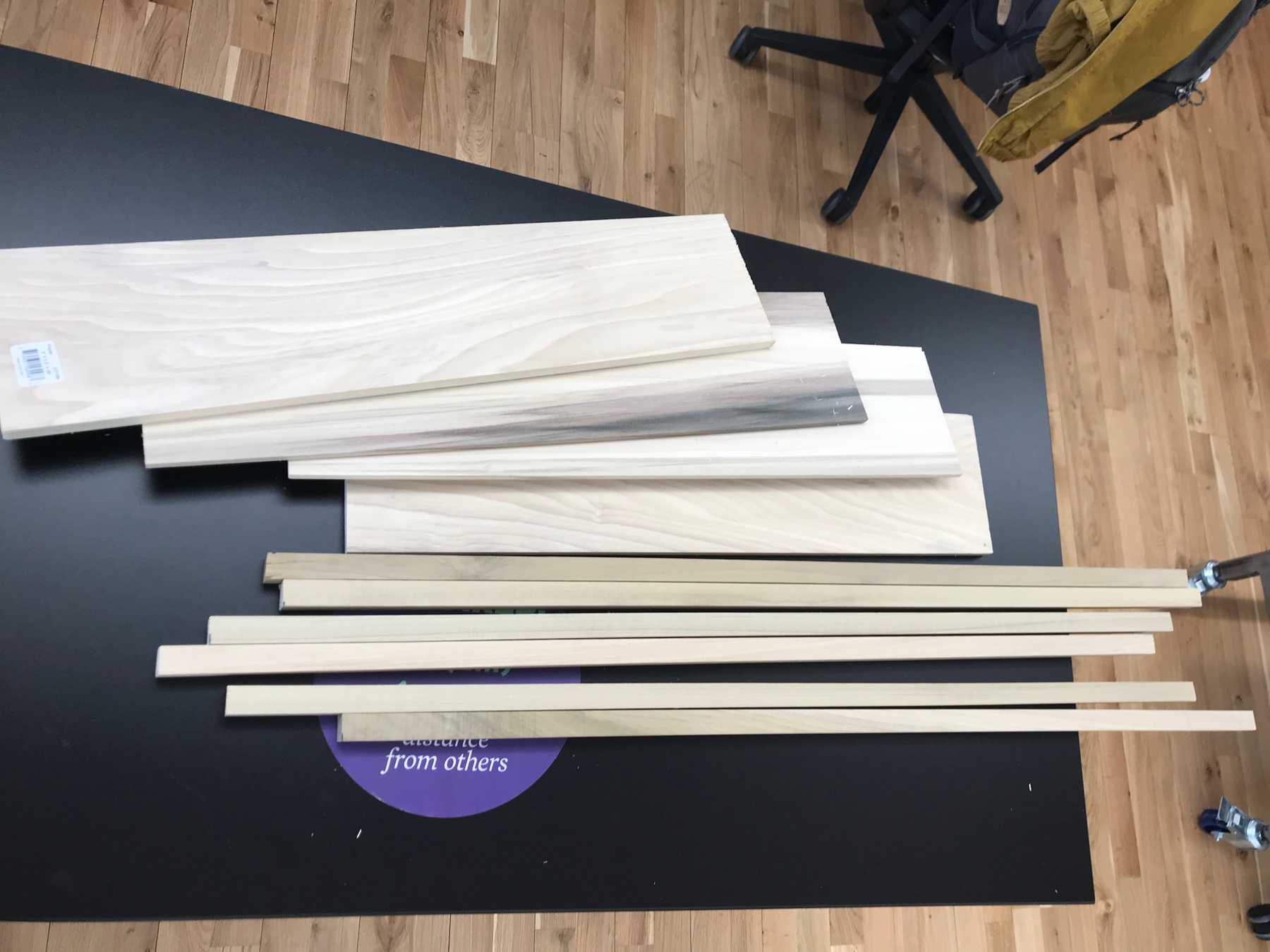 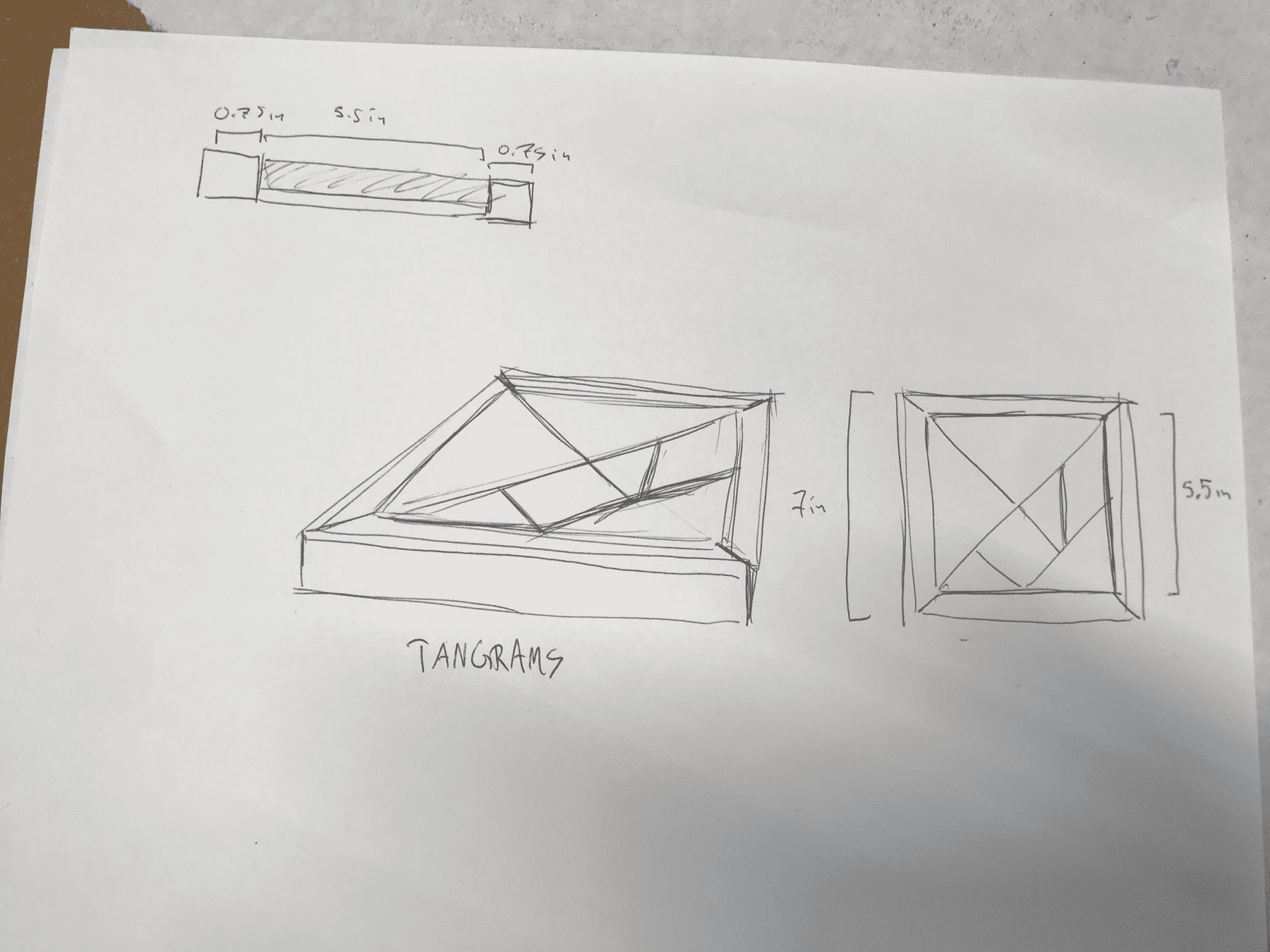 Sketch of the design

I started with the frame. I used the miter saw to cut square wood into equal segments. At first I measured the rod each cut — later I used a piece of wood as a buttress helped create much more consistent lengths. 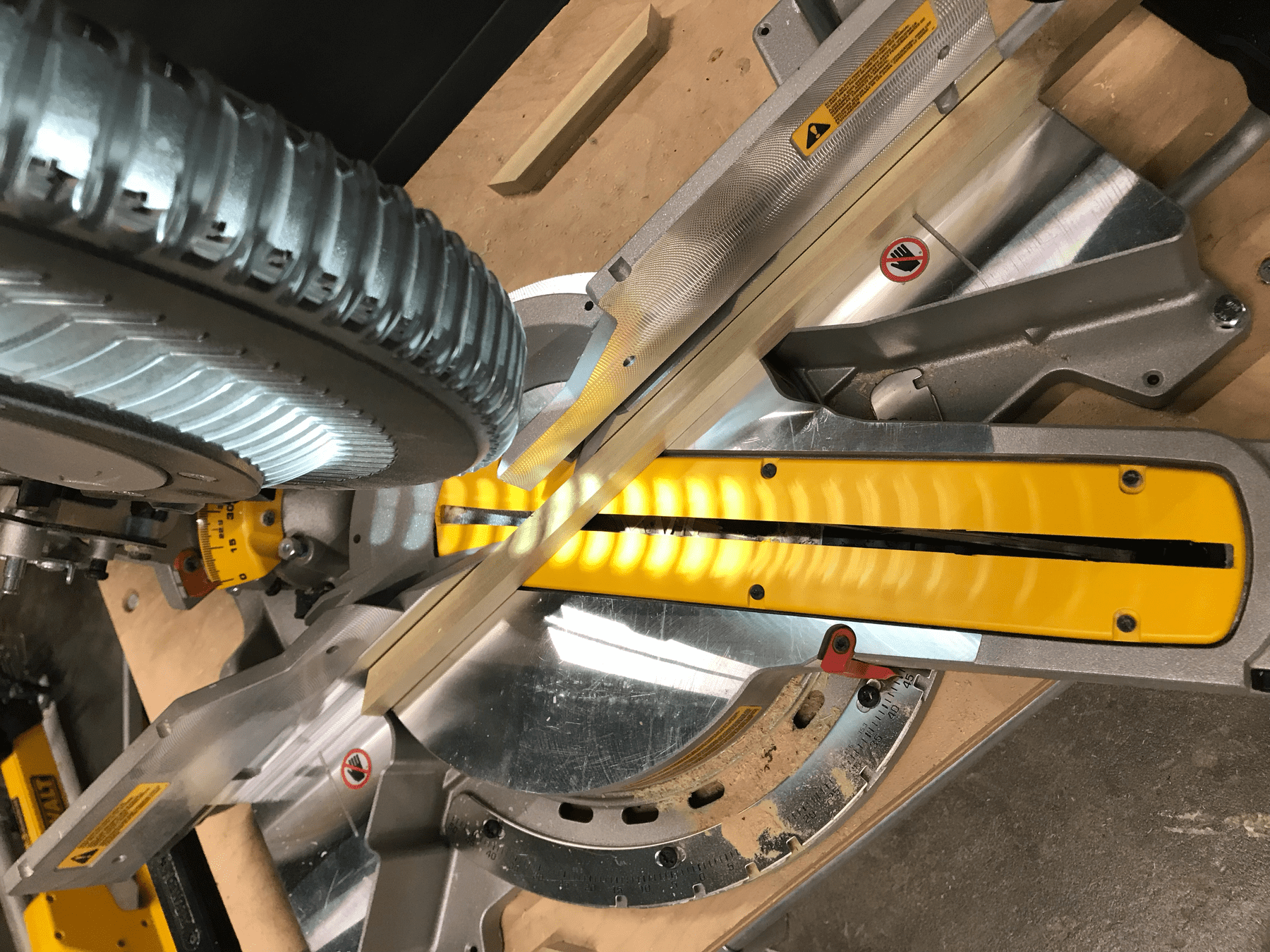 The first frame was a bit misaligned as the edges were not all exactly the same length. 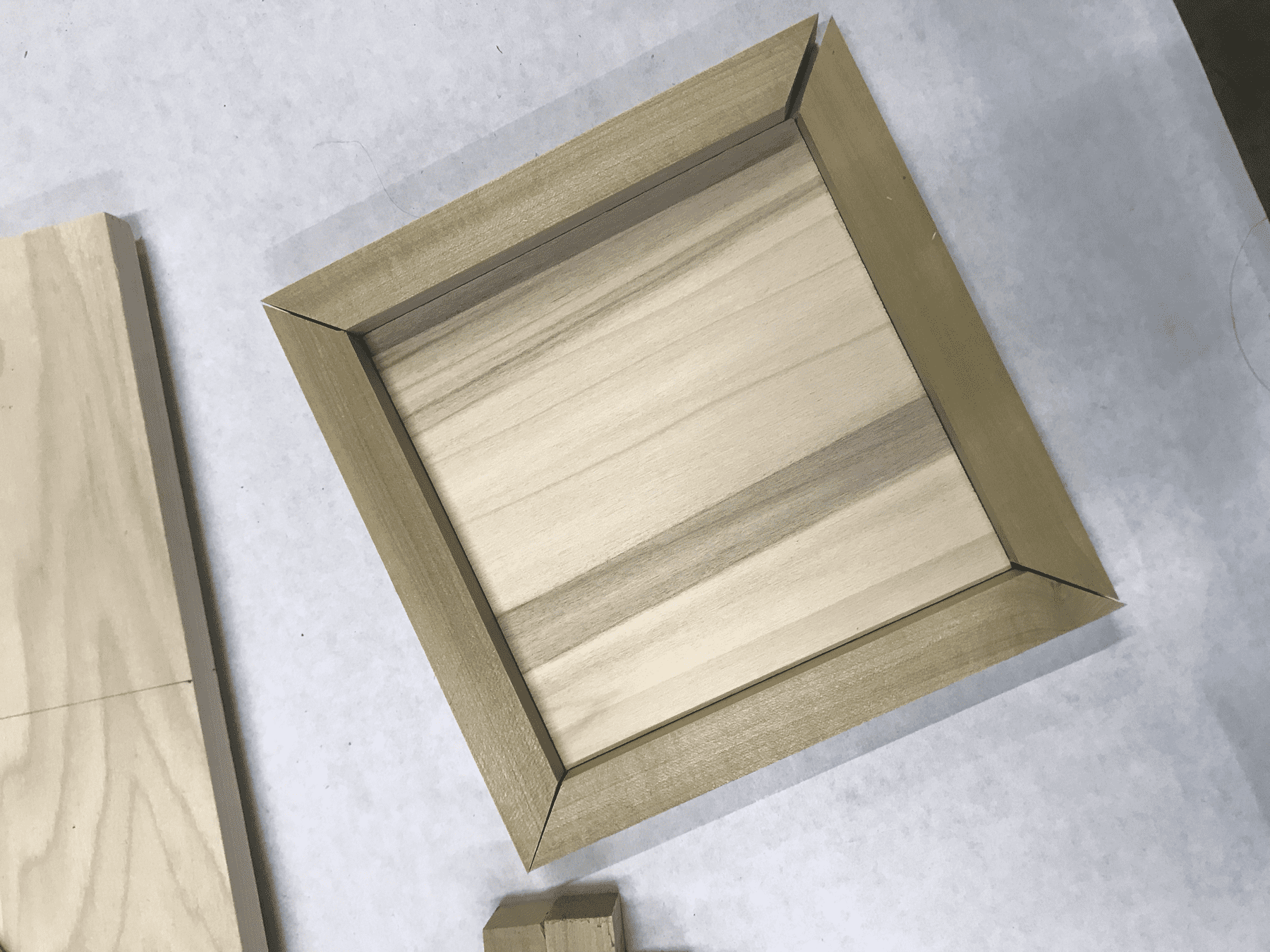 The shapes are arranged in this pattern on the square. 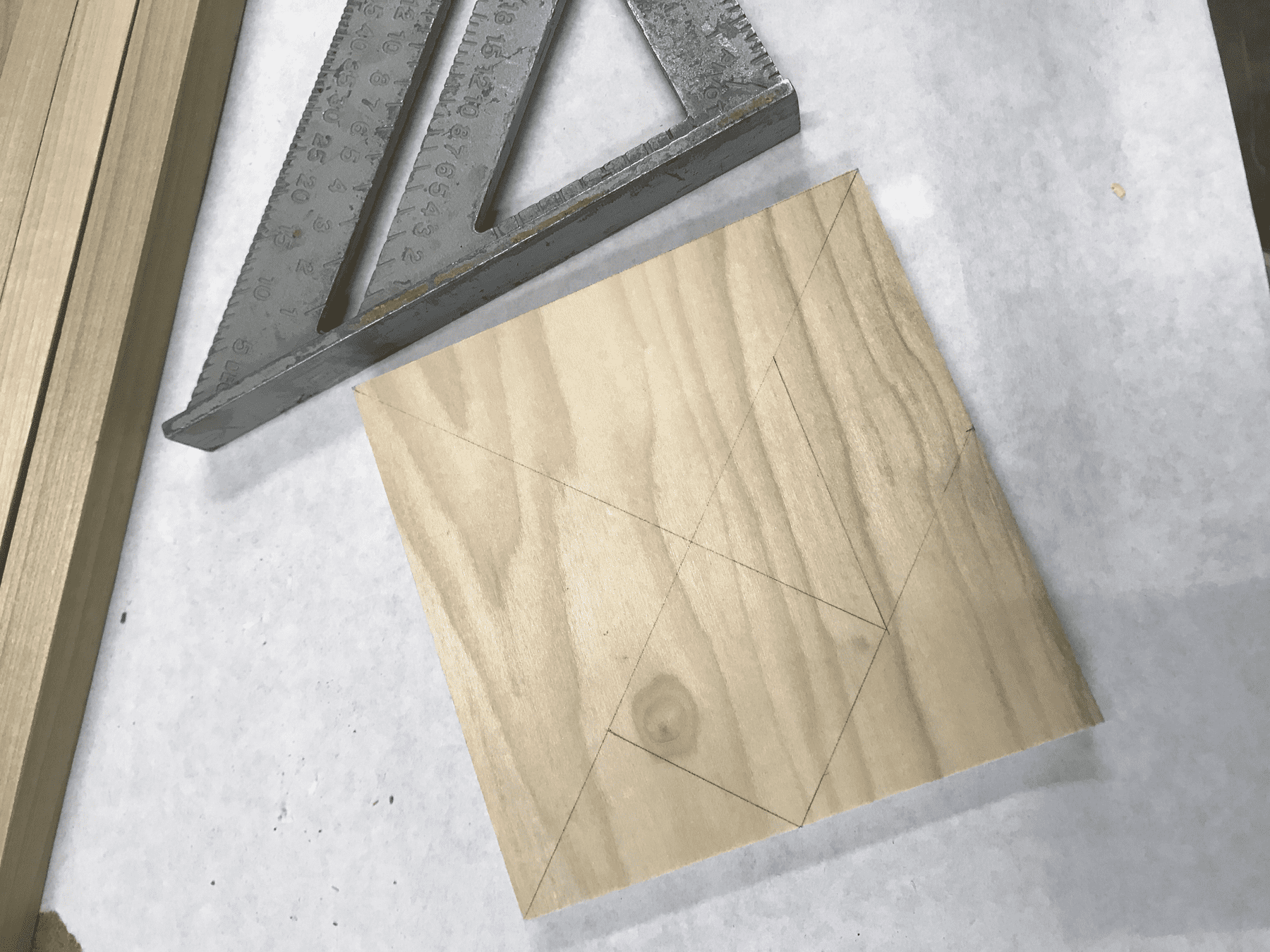 To cut the tangram pieces I created a jig to hold the square — simply a right angle cutout at 45 degrees to the edge. 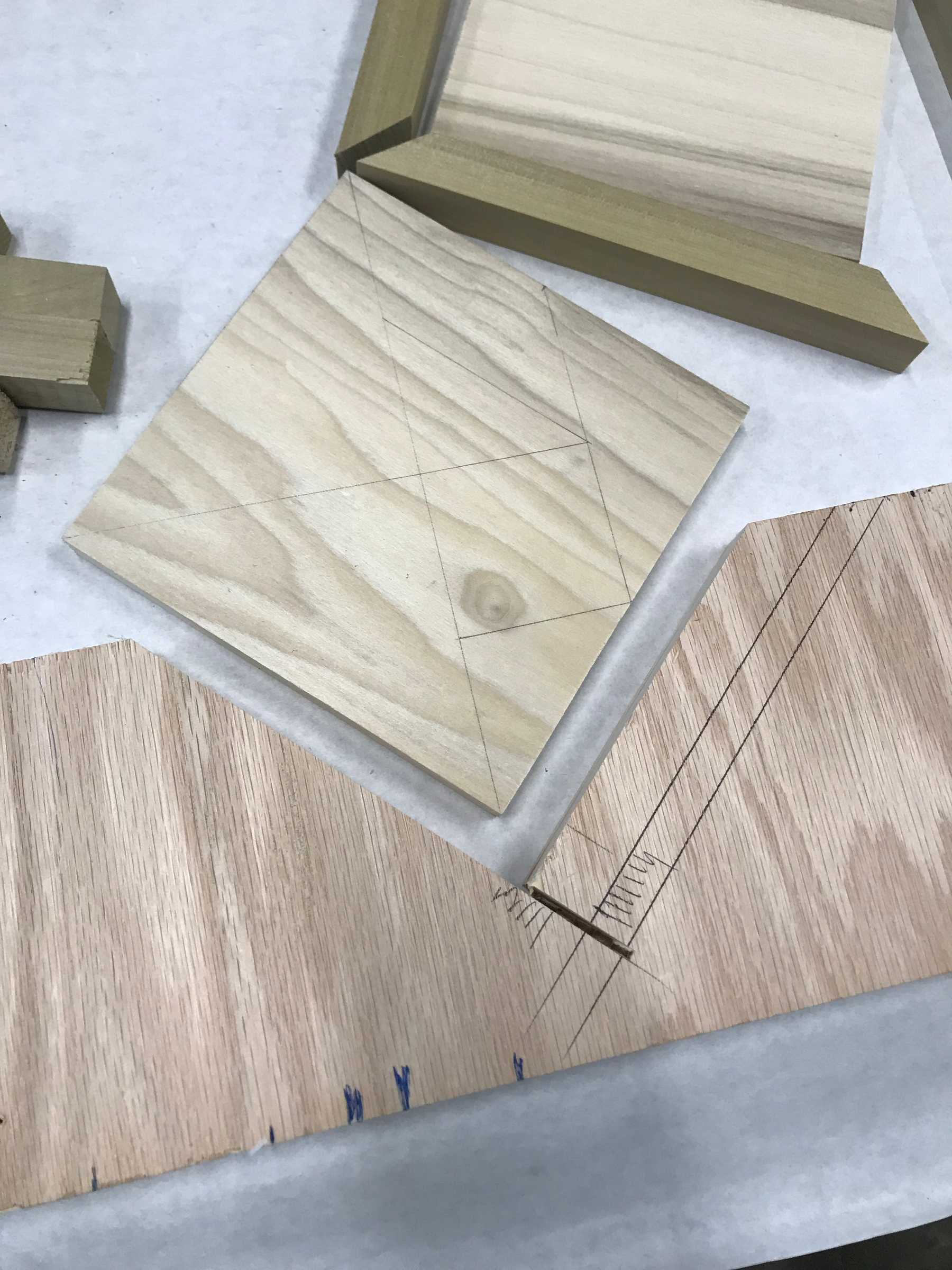 Creating a jig for the tangrams 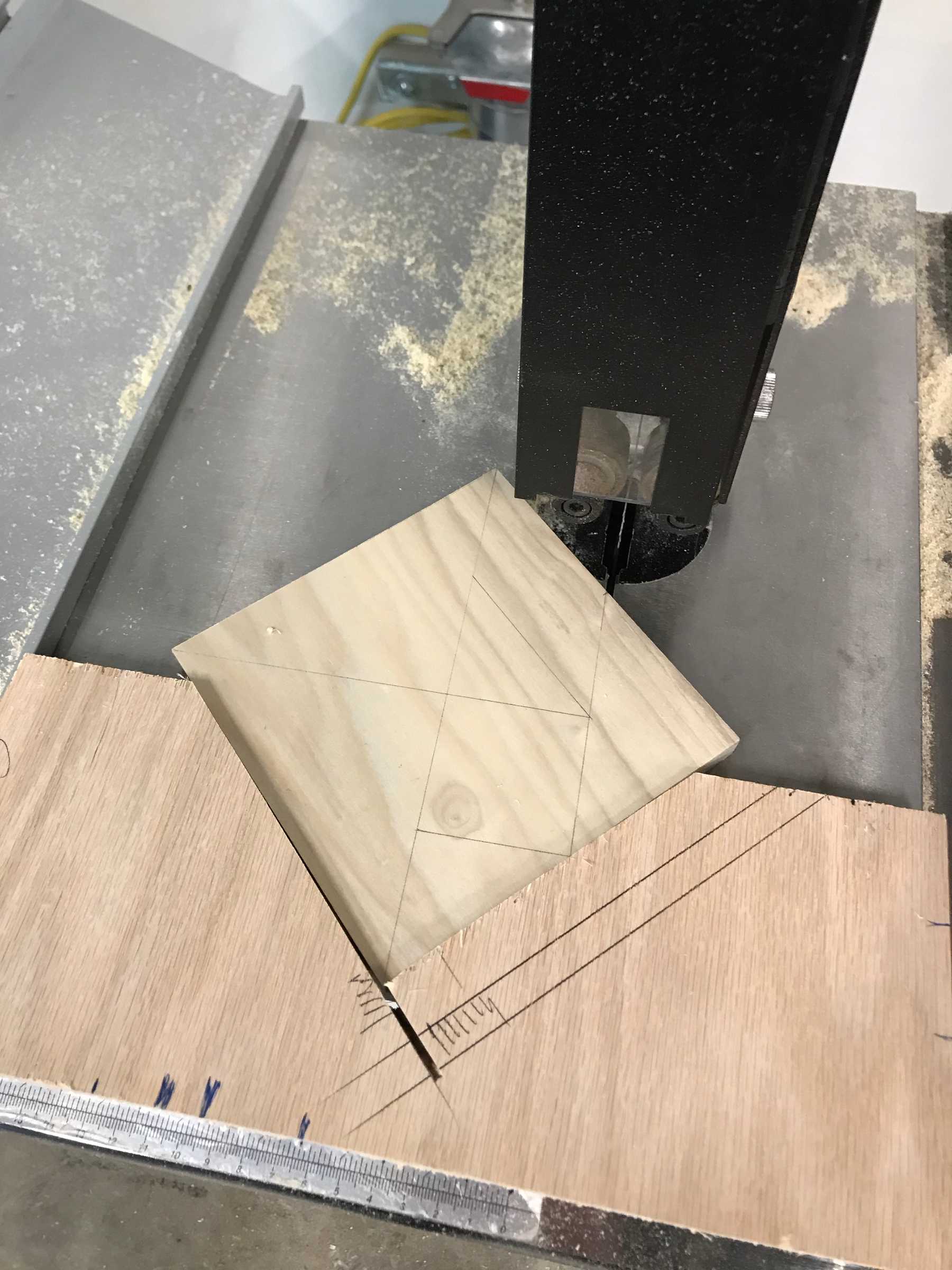 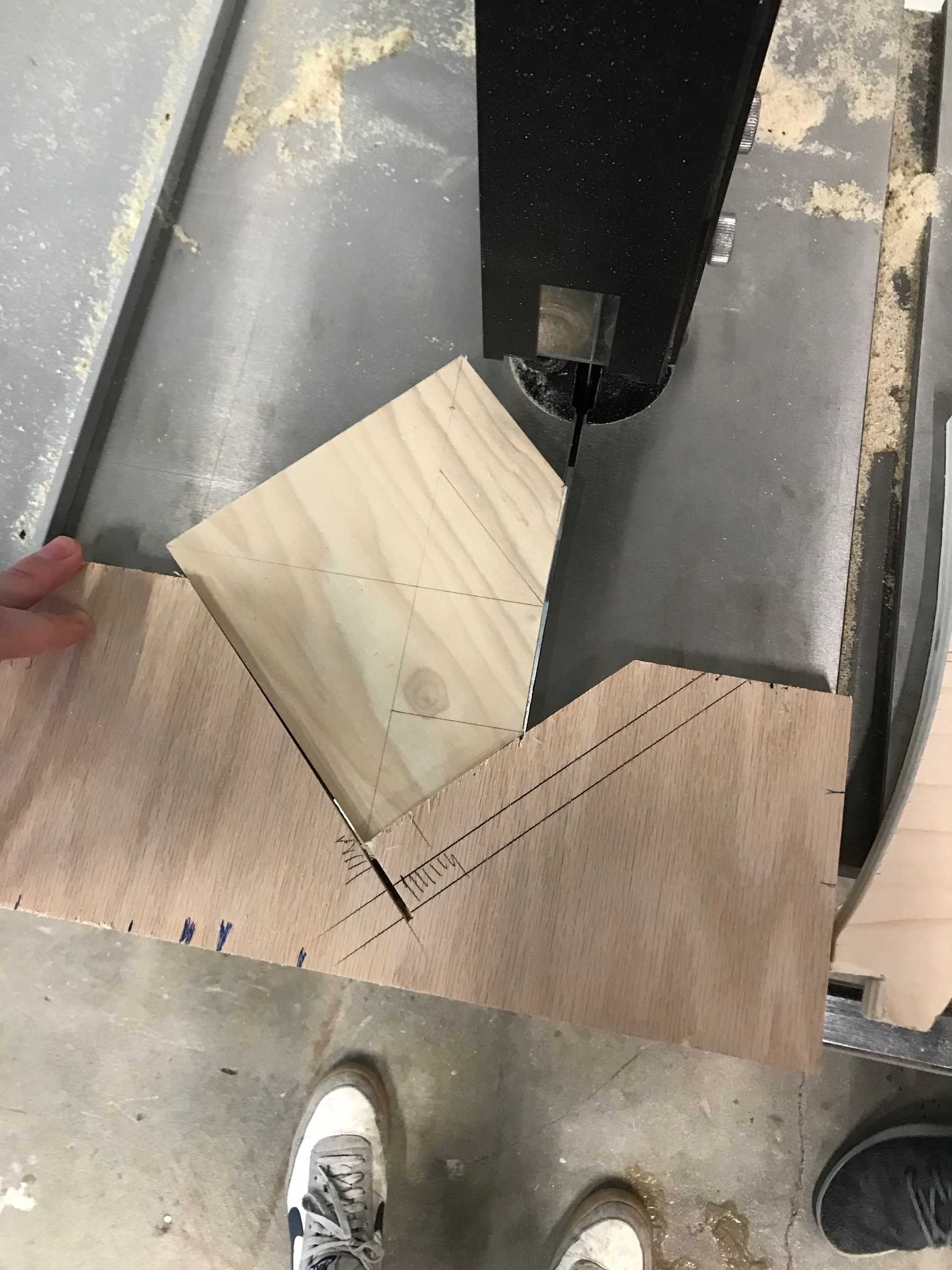 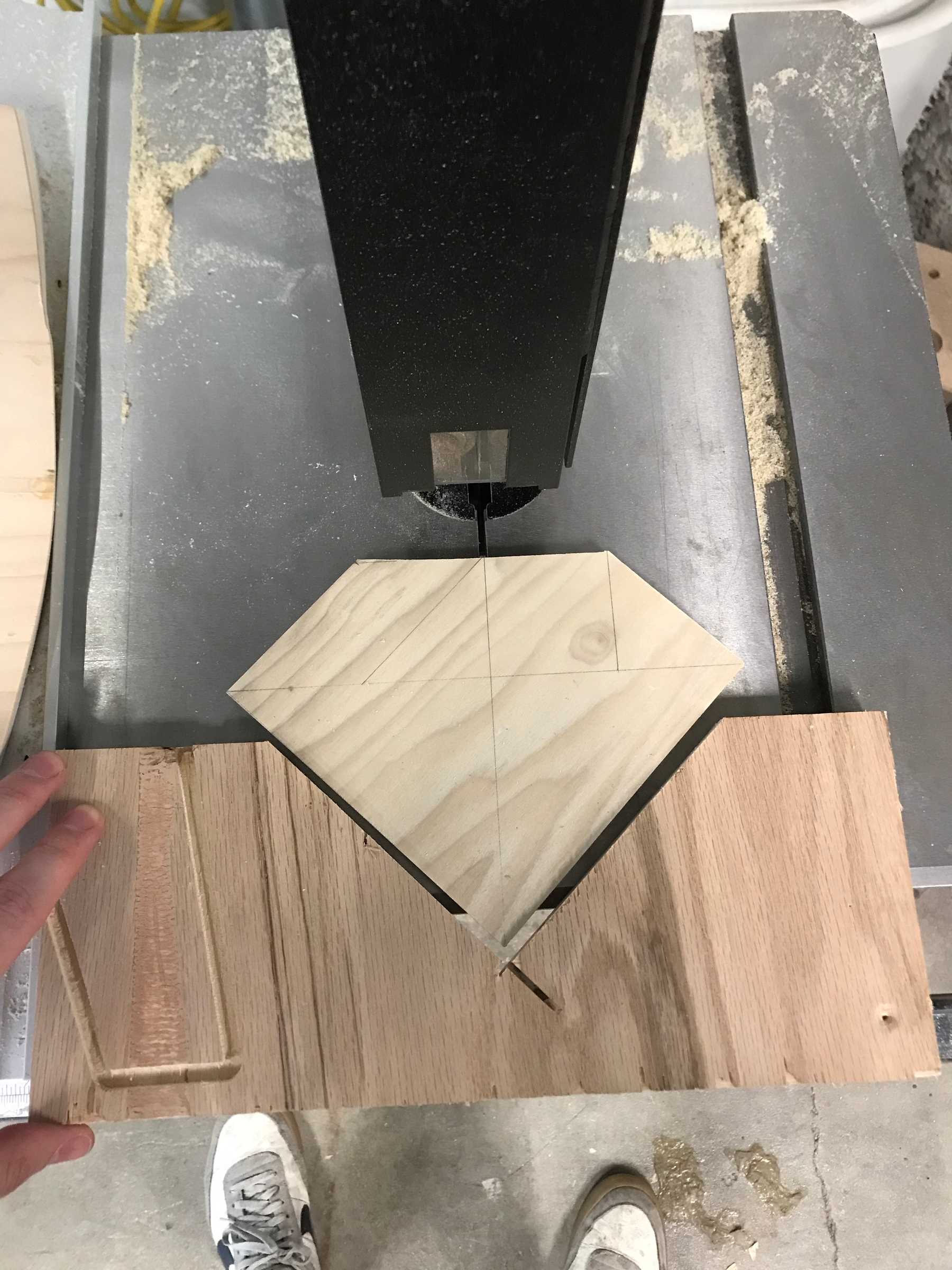 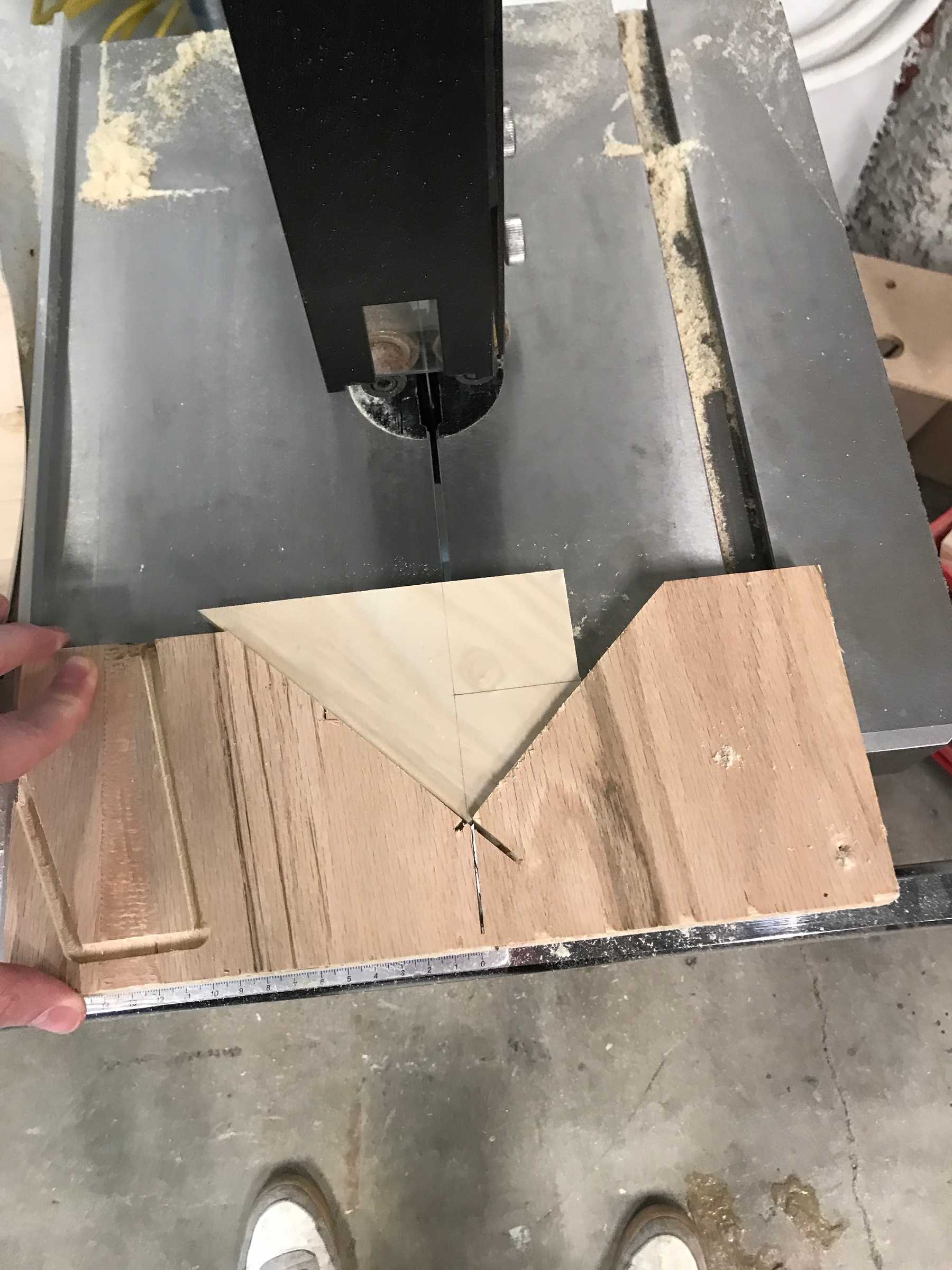 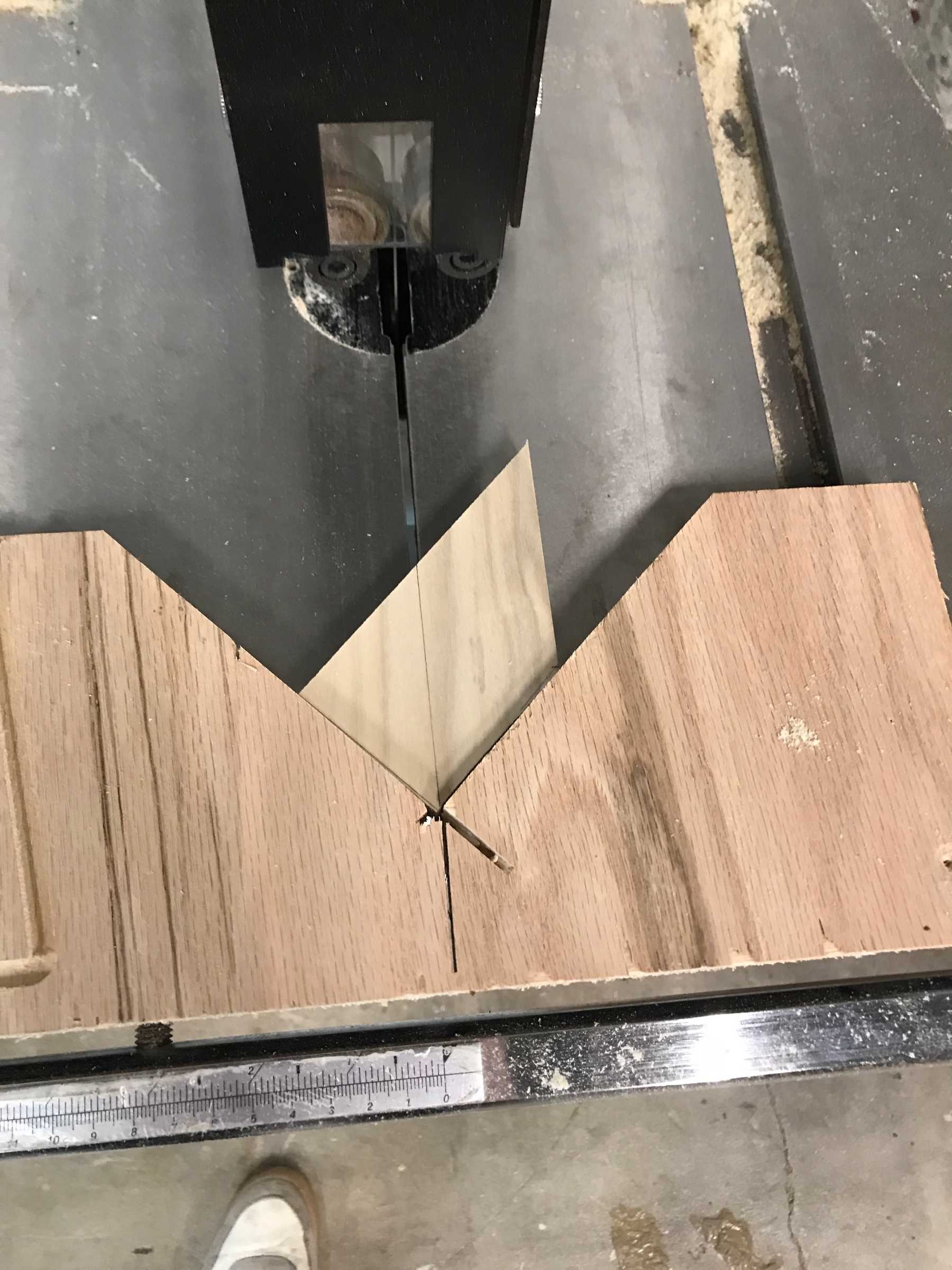 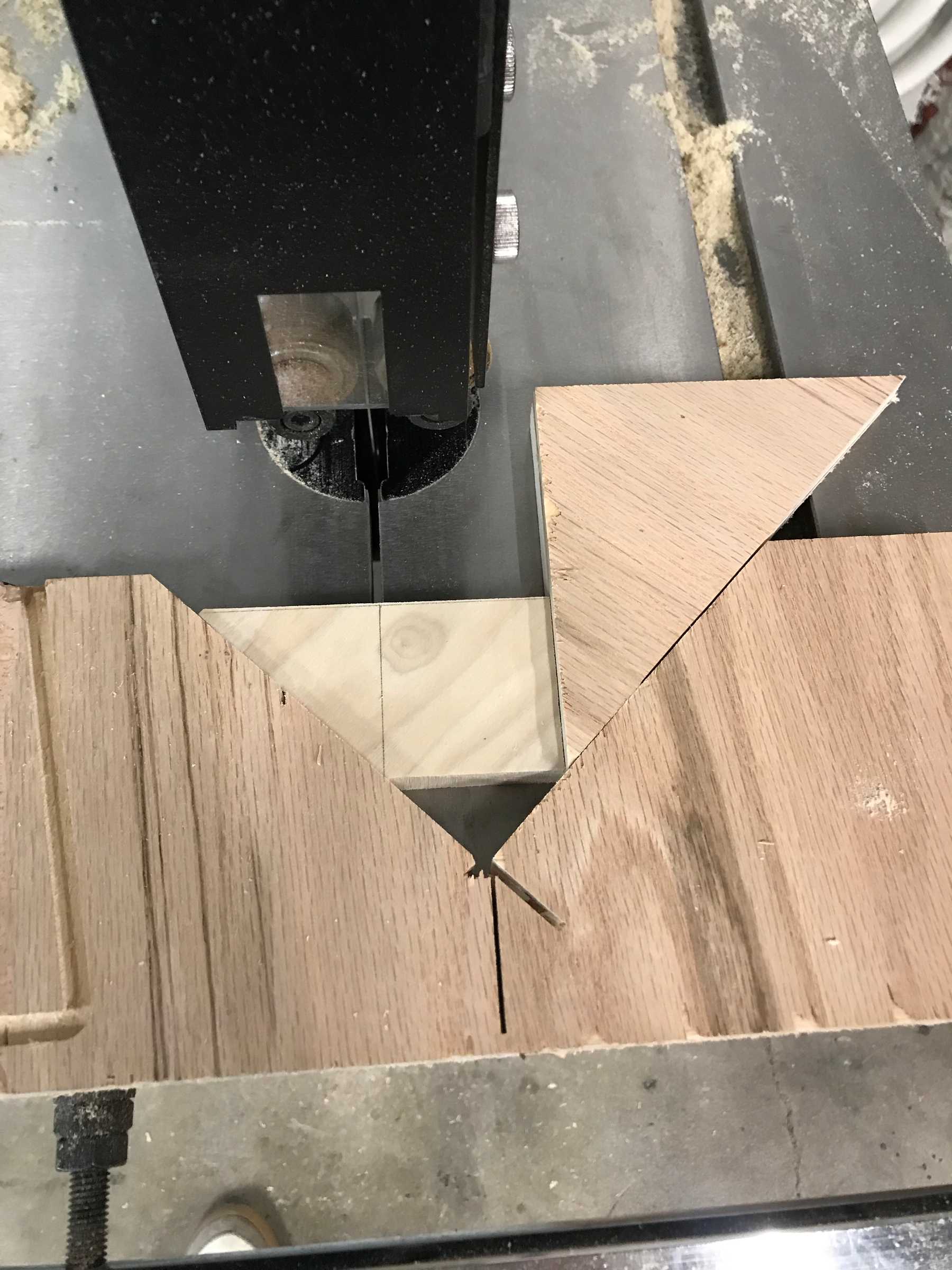 I used the jig to cut the square into the Tangram pieces. The wedge allowed my to hold the piece steady as I ran it through the band saw. 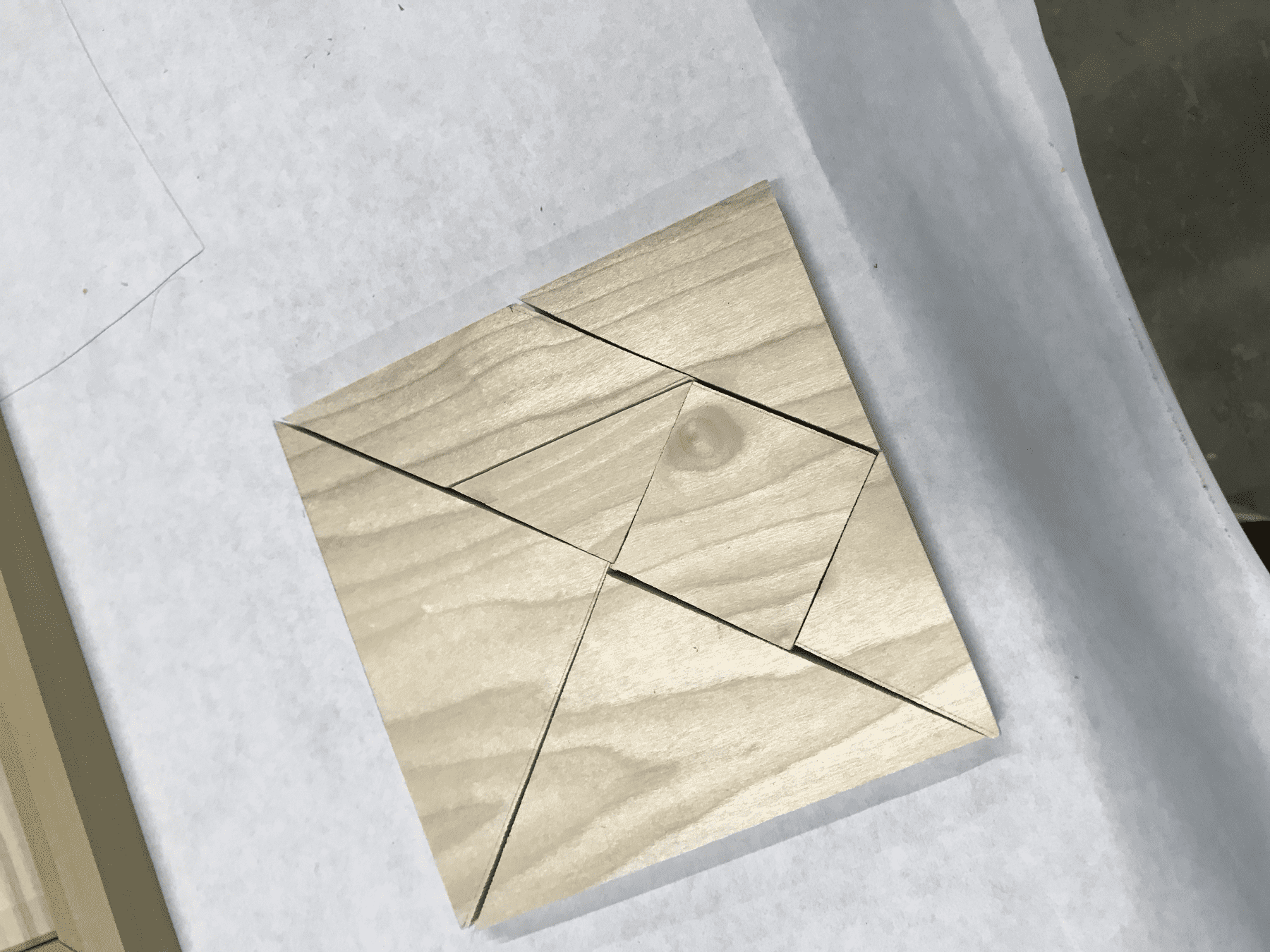 Even with the jig, the pieces were still a little mismatched.

The assembled tangrams in the frame

To assemble the frame I clued the edges in pairs, then glued the two pairs to each other and the base. 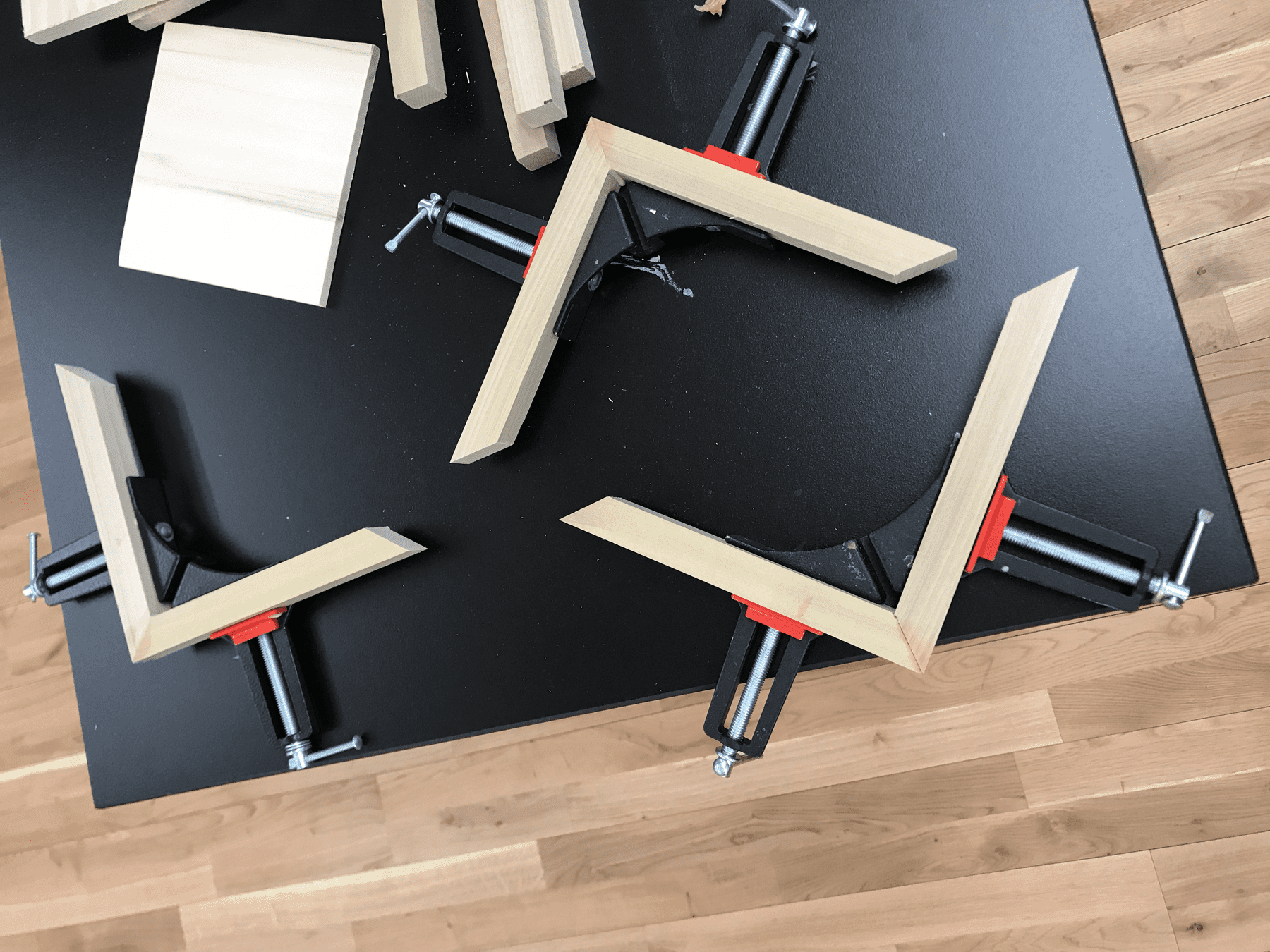 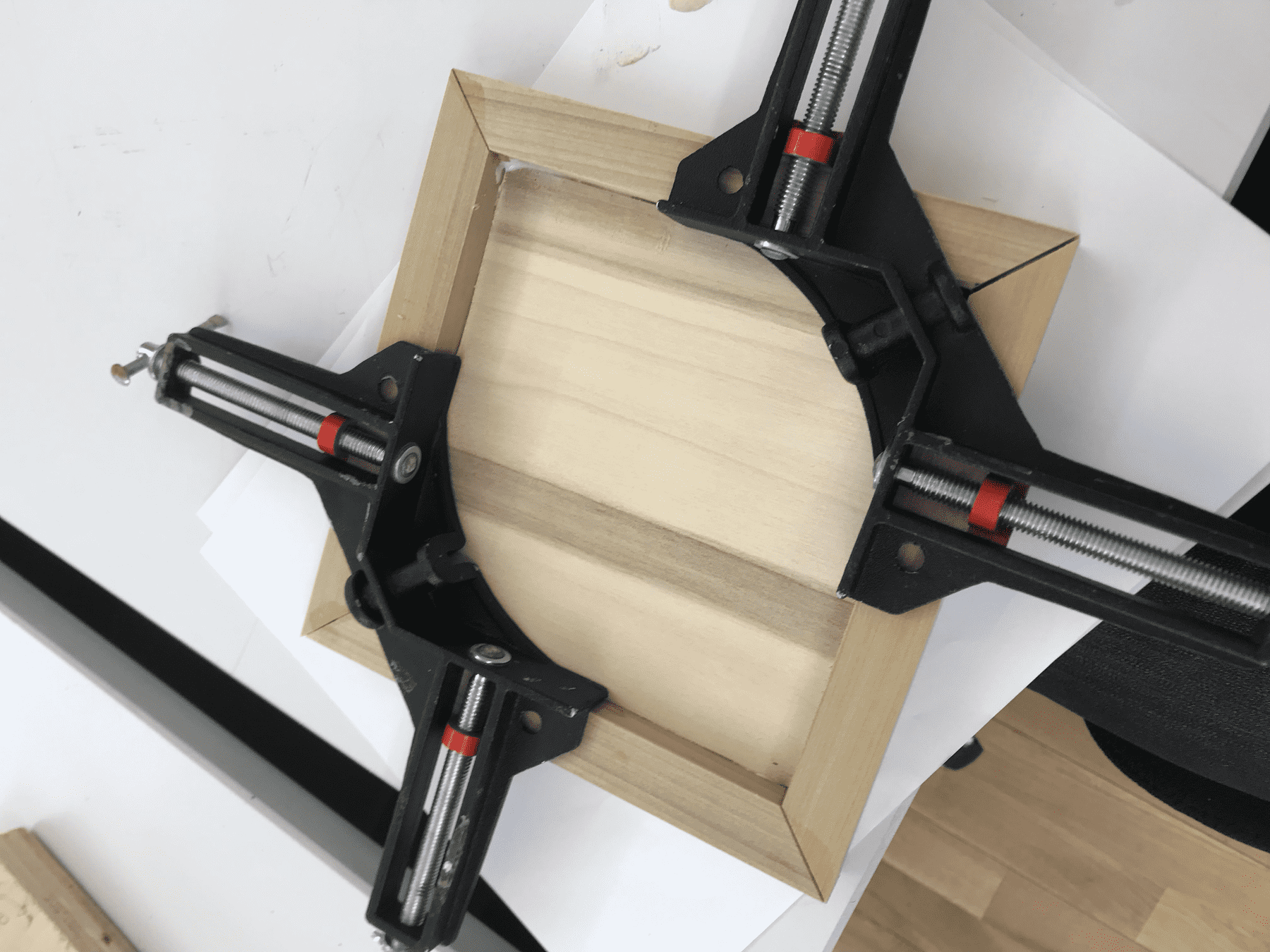 Glueing the edges to the base

Once I had the first prototype I had my process roughly defined. The one major improvement I made was using a guide for the frame cuts, which made the edges much more even. 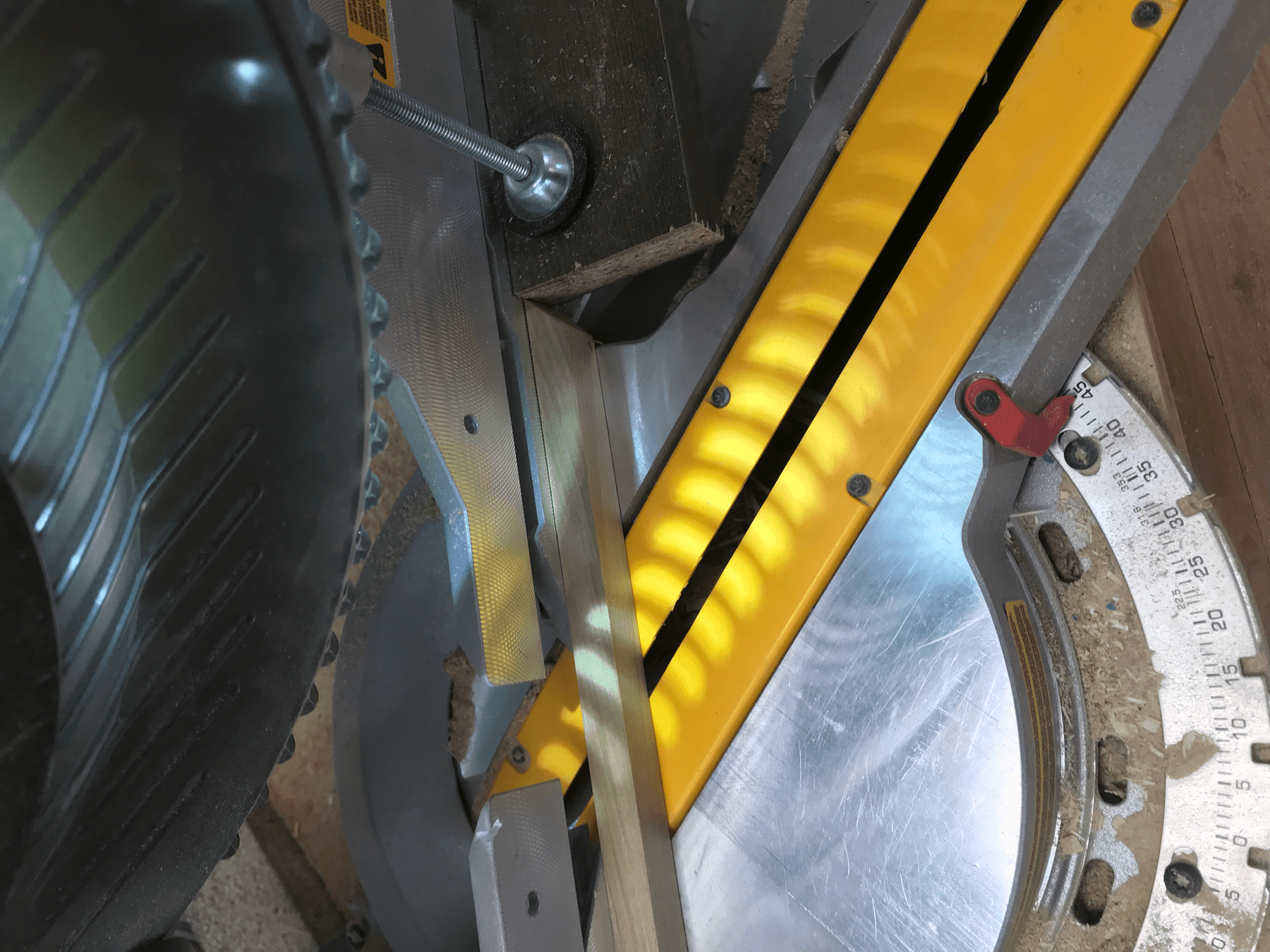 Repeatably process for cutting the frame 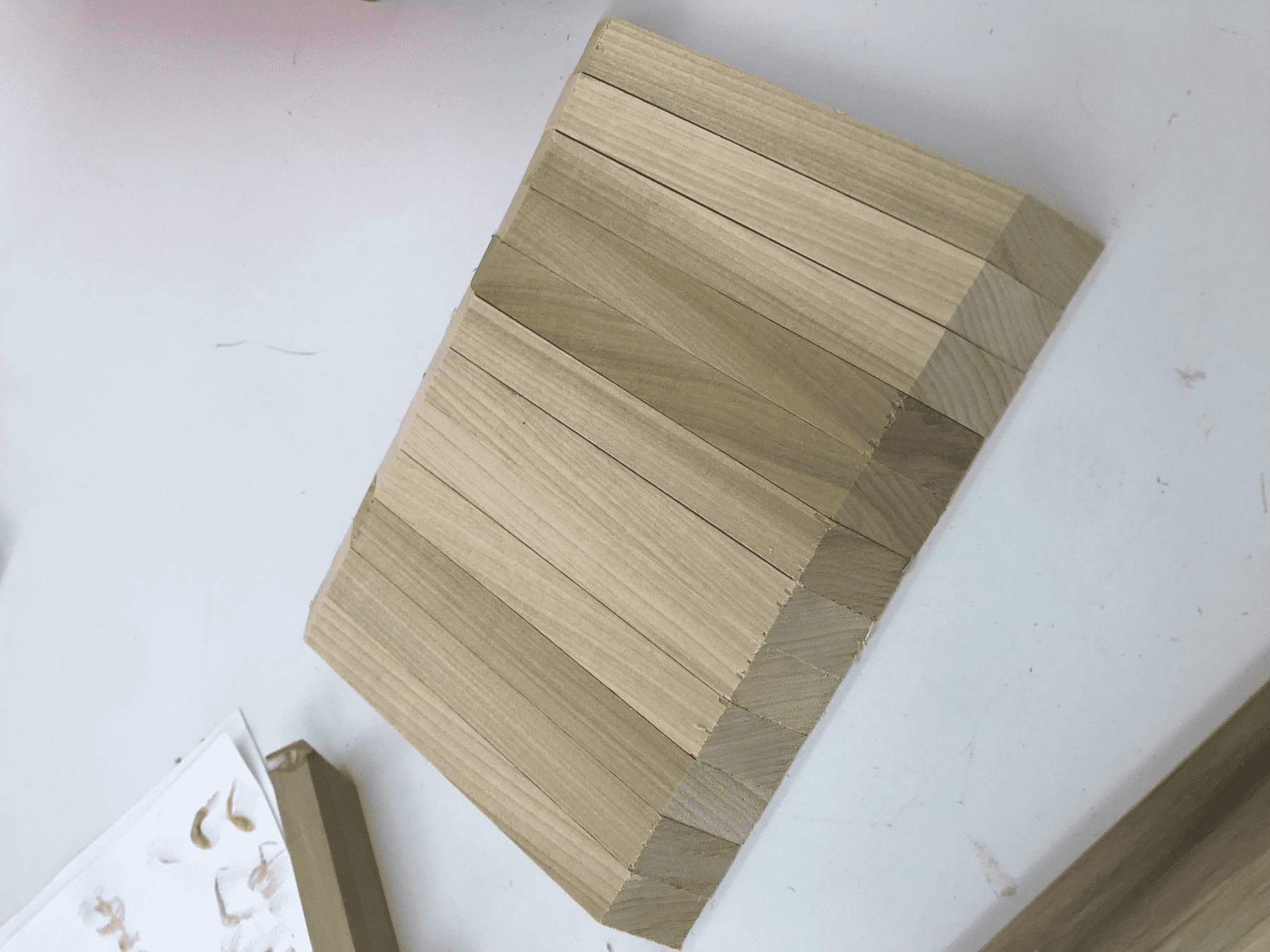 The remaining frames were much more consistent

Following the same process, I glued the frame edges in pairs. 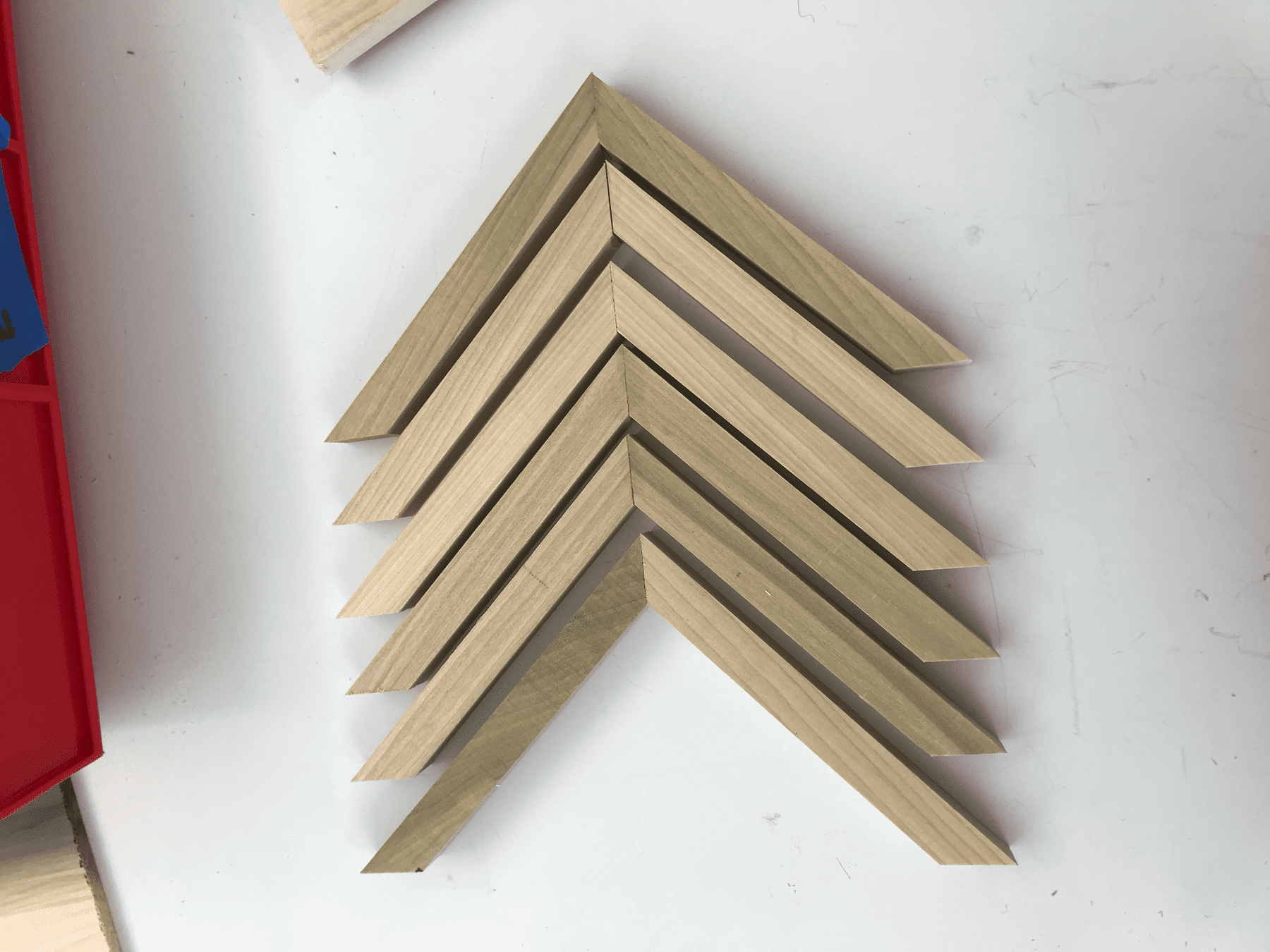 I glued the pairs to bases using the corner and quick clamps. Not all of the aligned perfectly — I sanded the edges and bases to make sure the fit was snug. 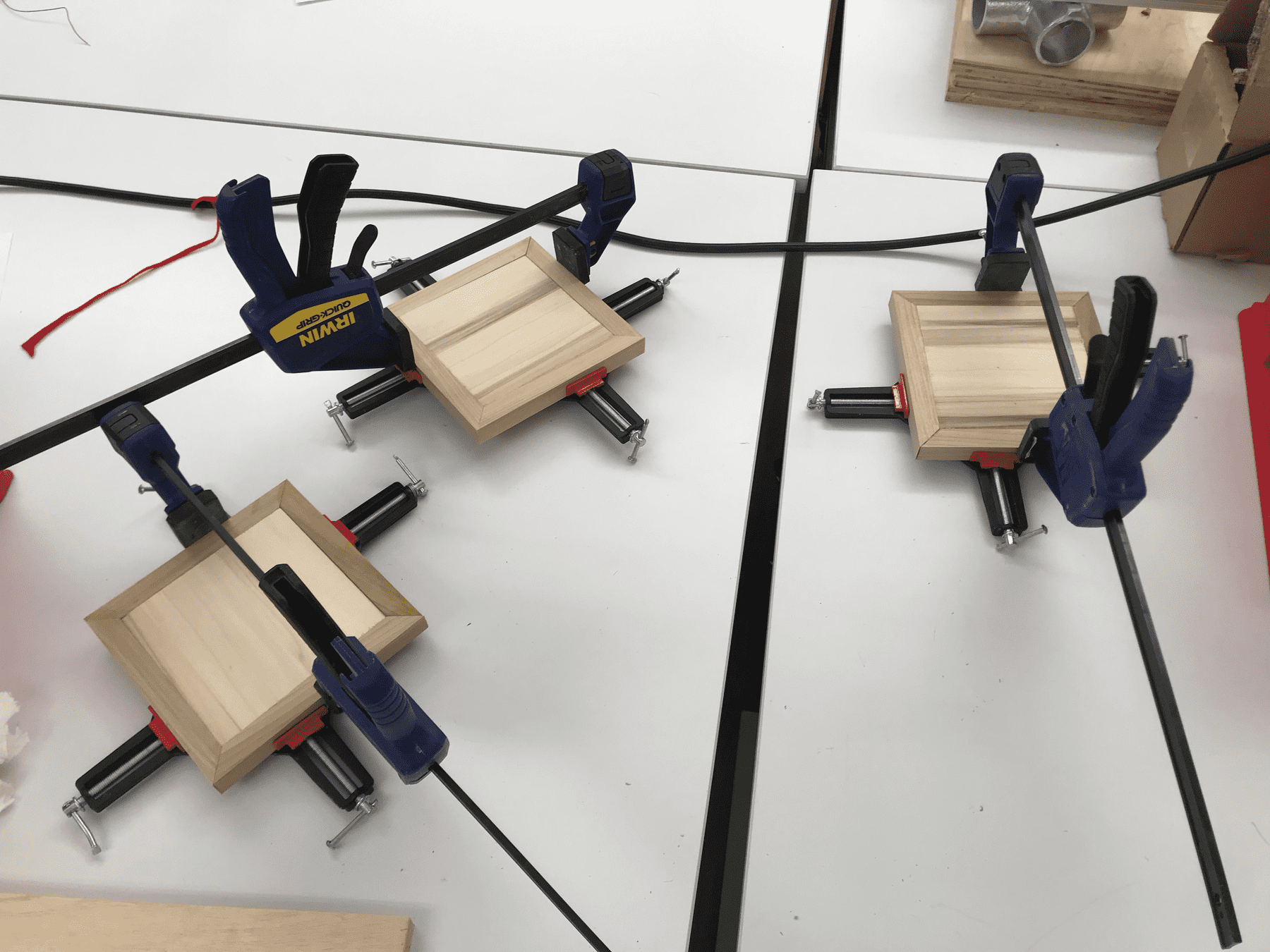 While the glue dried I cut the remaining pieces. 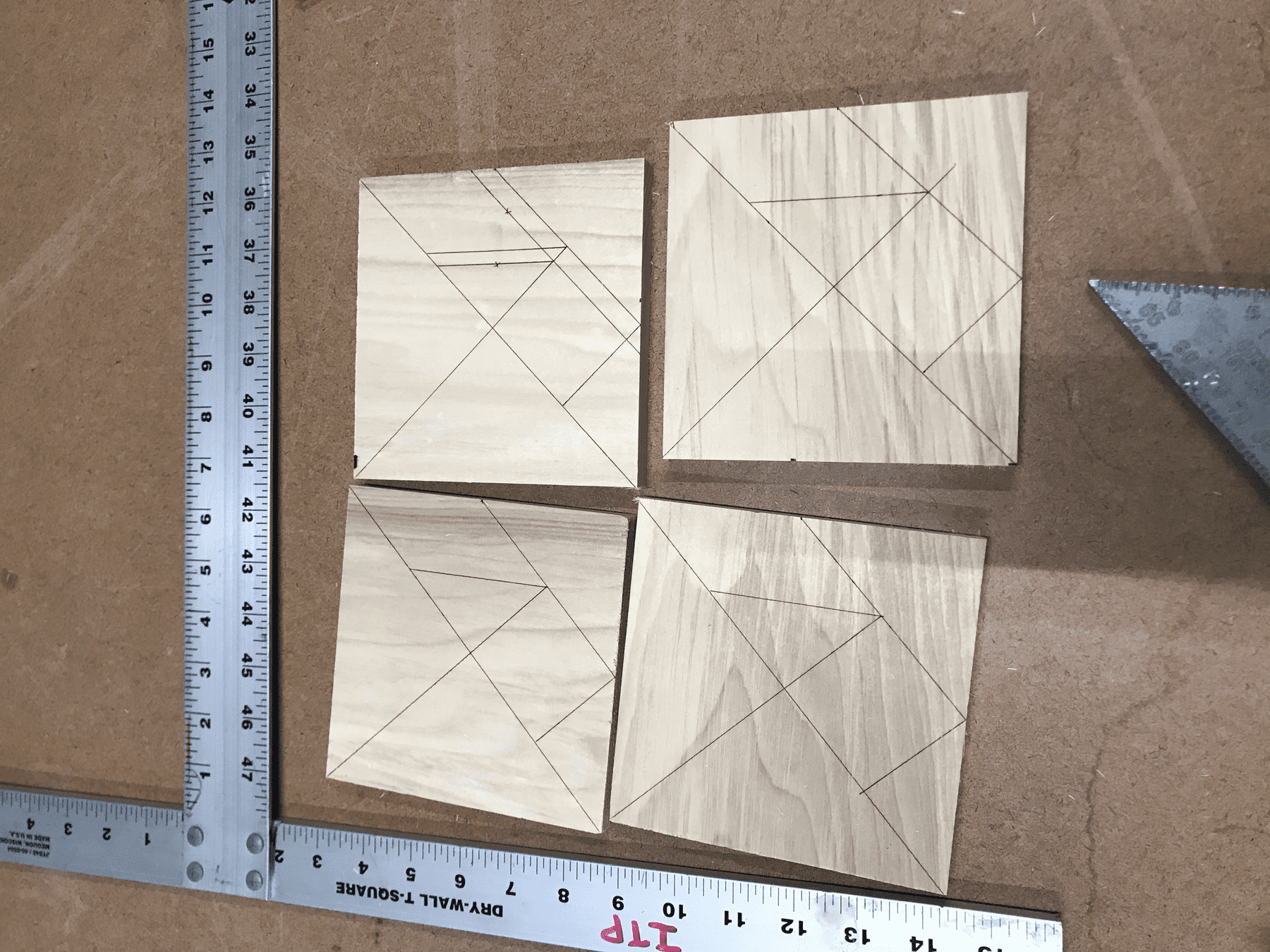 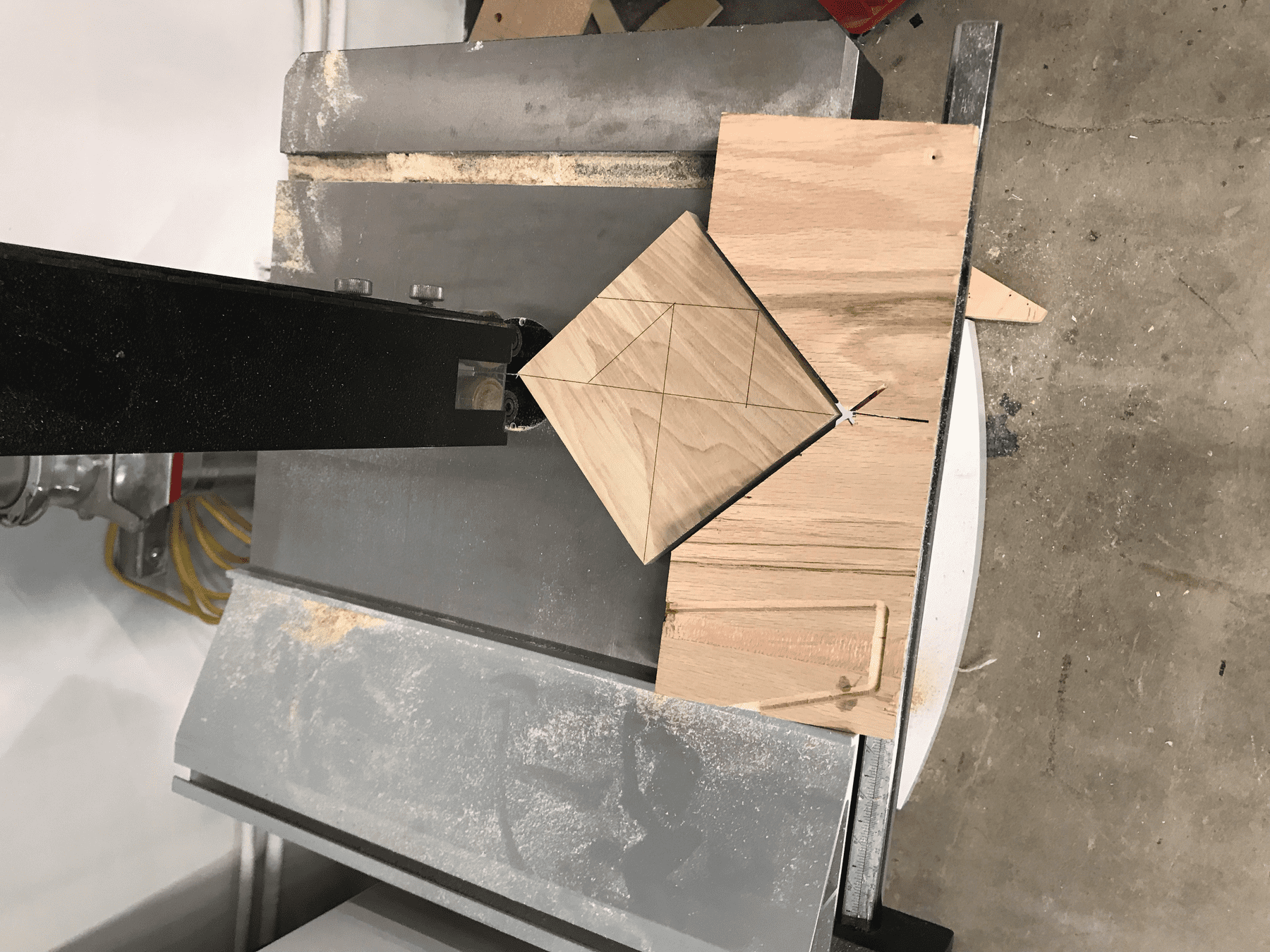 The jig came in handy again

I then sanded down each piece at an angle to give them a beveled edge. 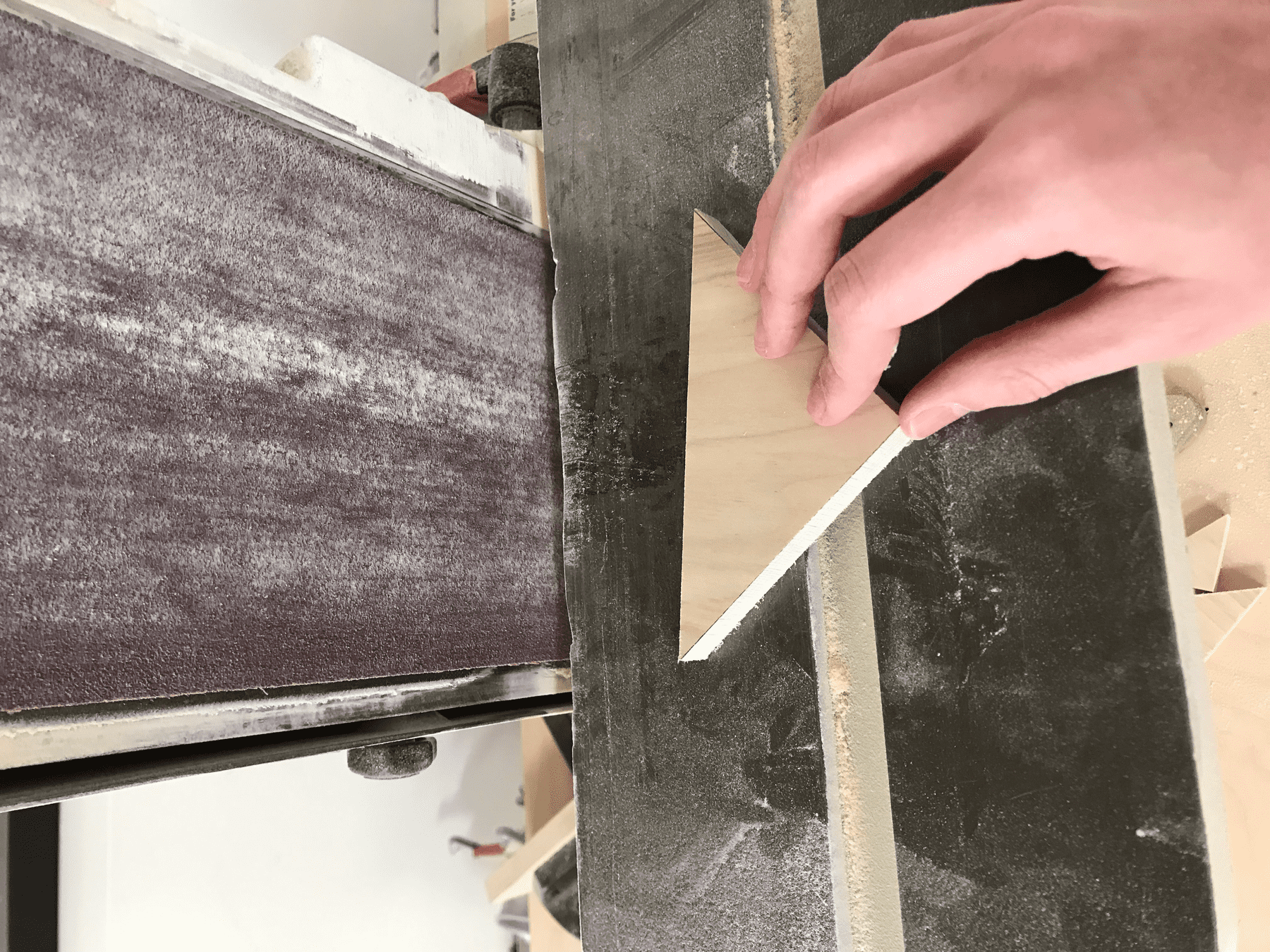 Sanding the edges with the belt sander 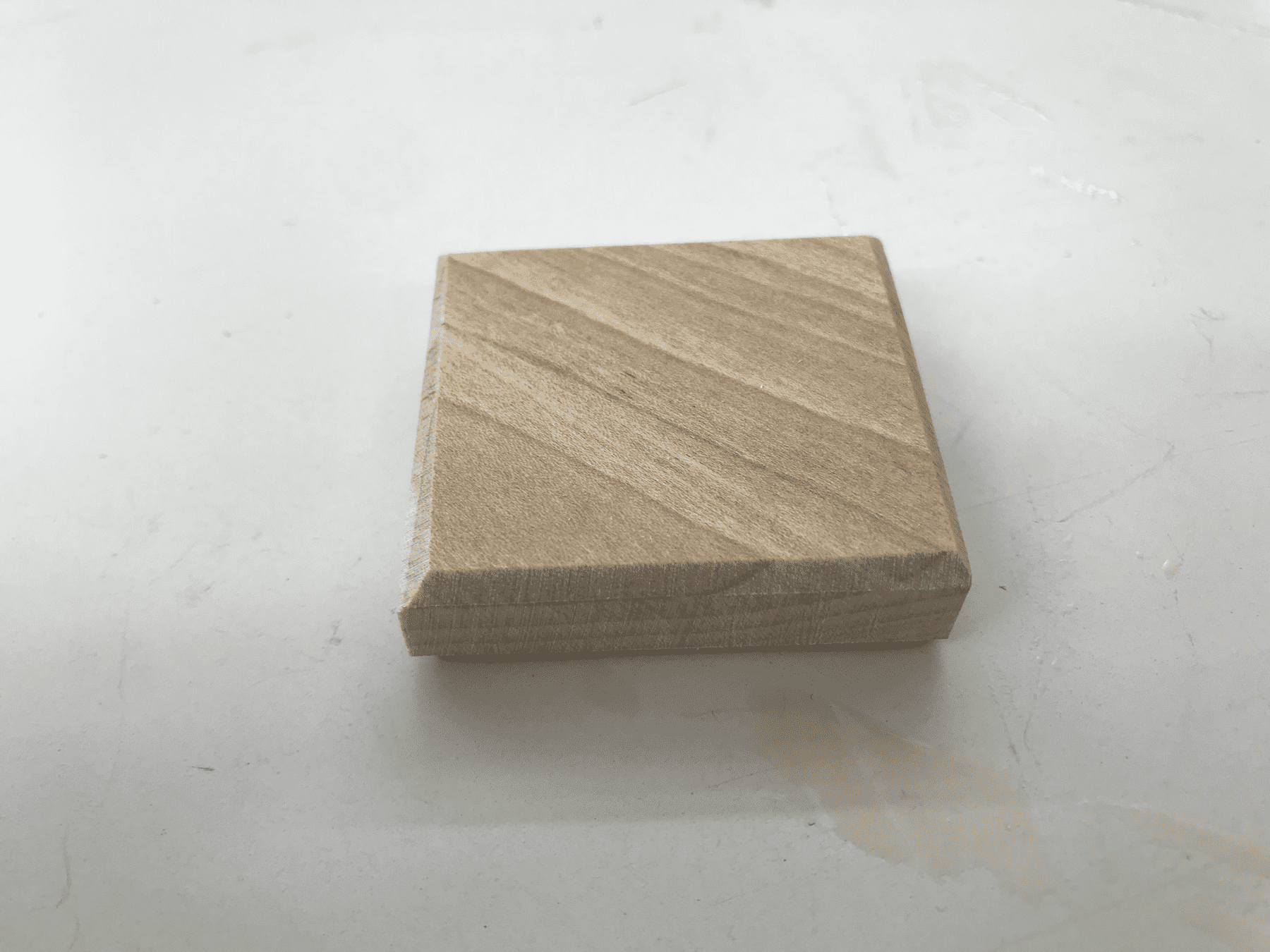 A closeup of a square piece

The only thing I purposefully made different between the 5 puzzles is the amount I sanded the pieces because I wanted to see how the different versions felt. Some I left pretty straight, others I rounded more. 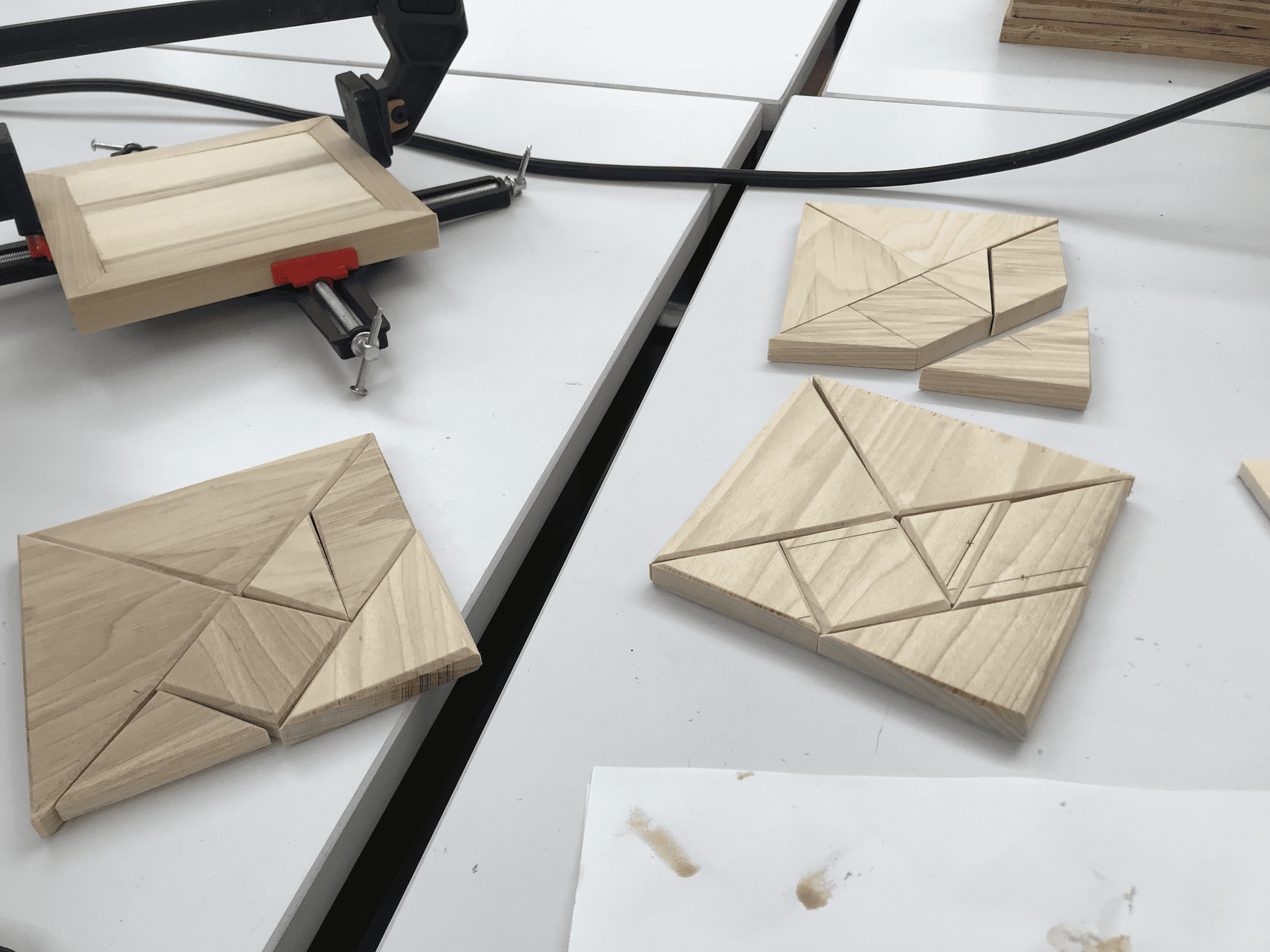 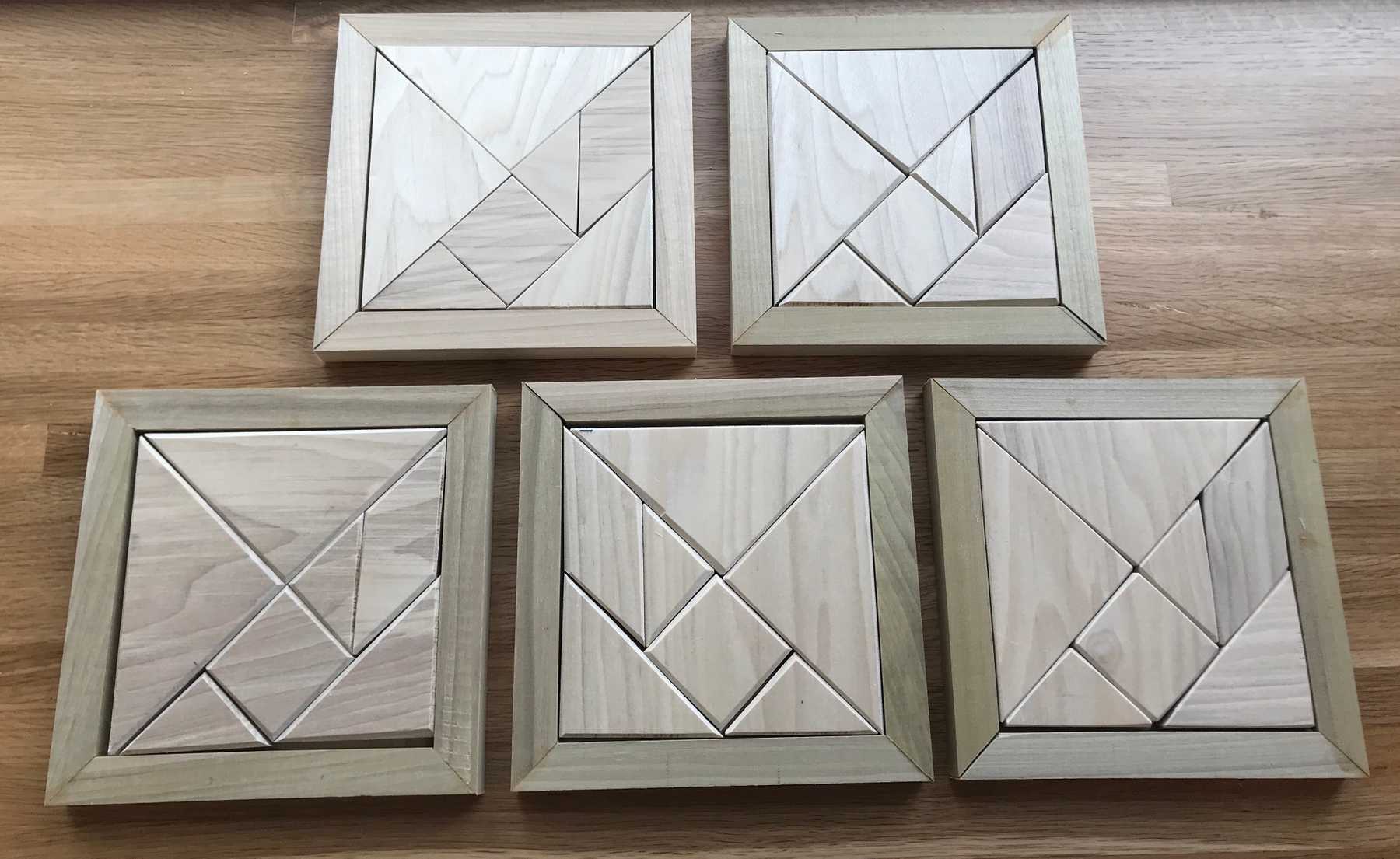 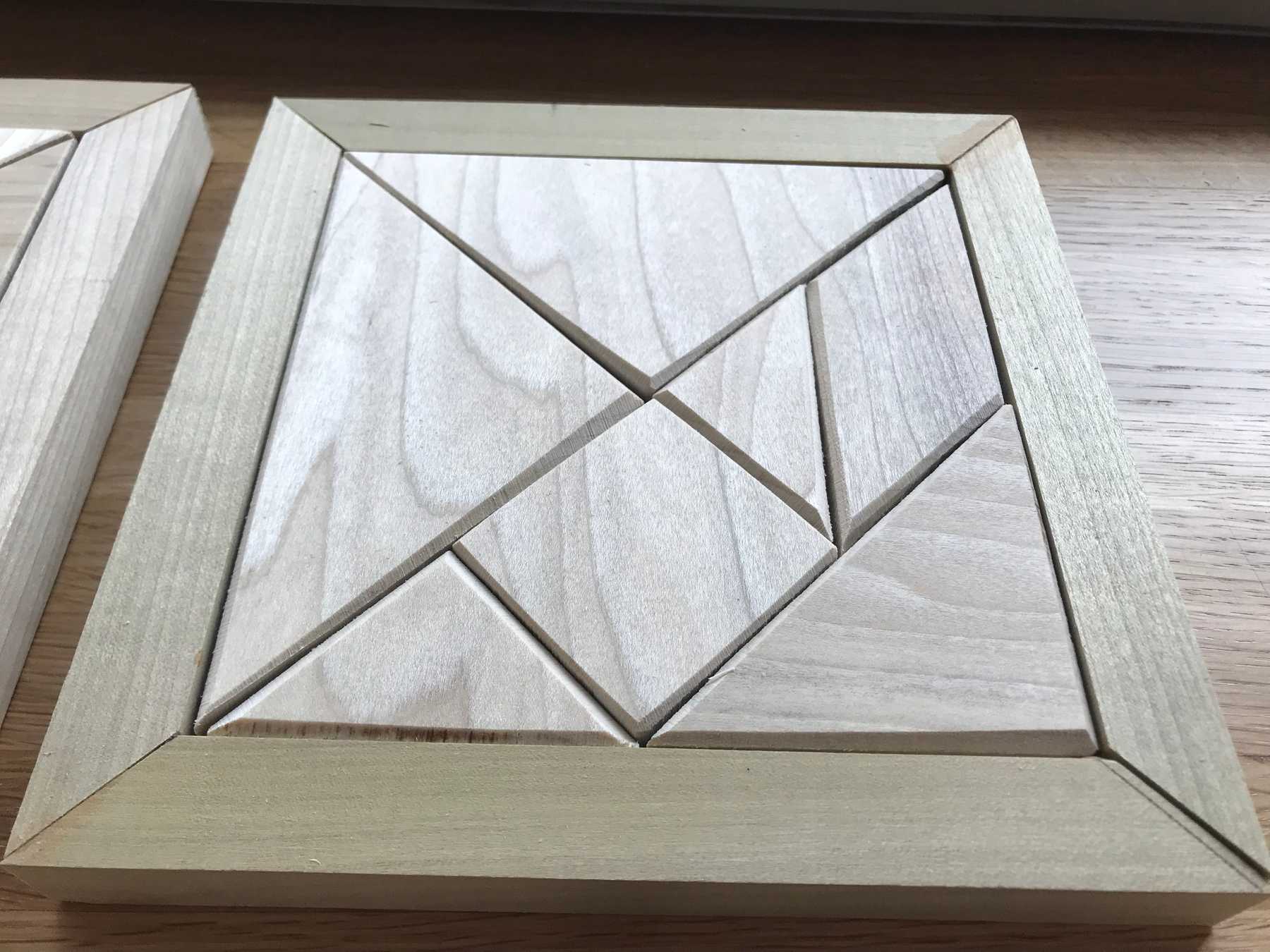 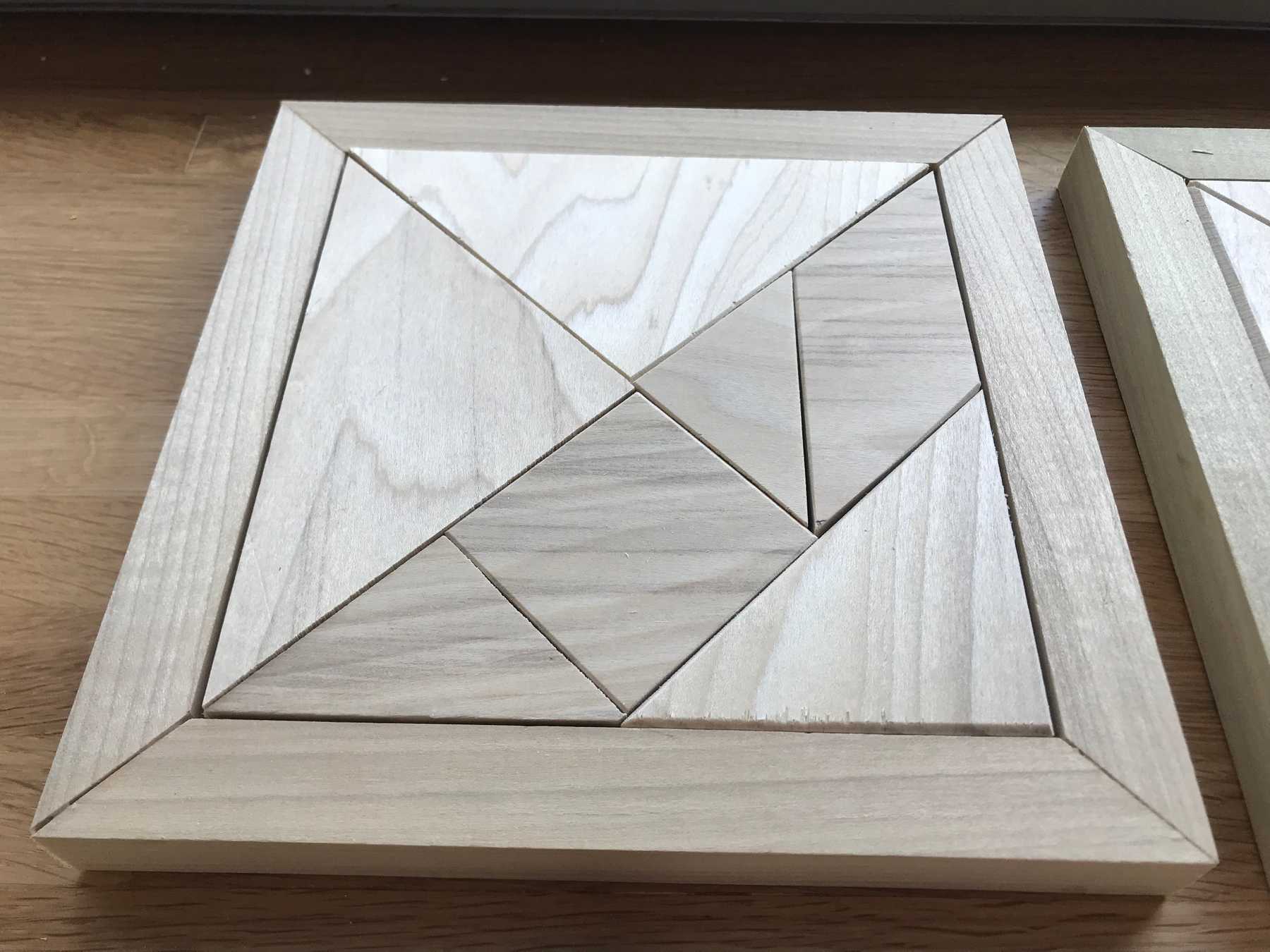 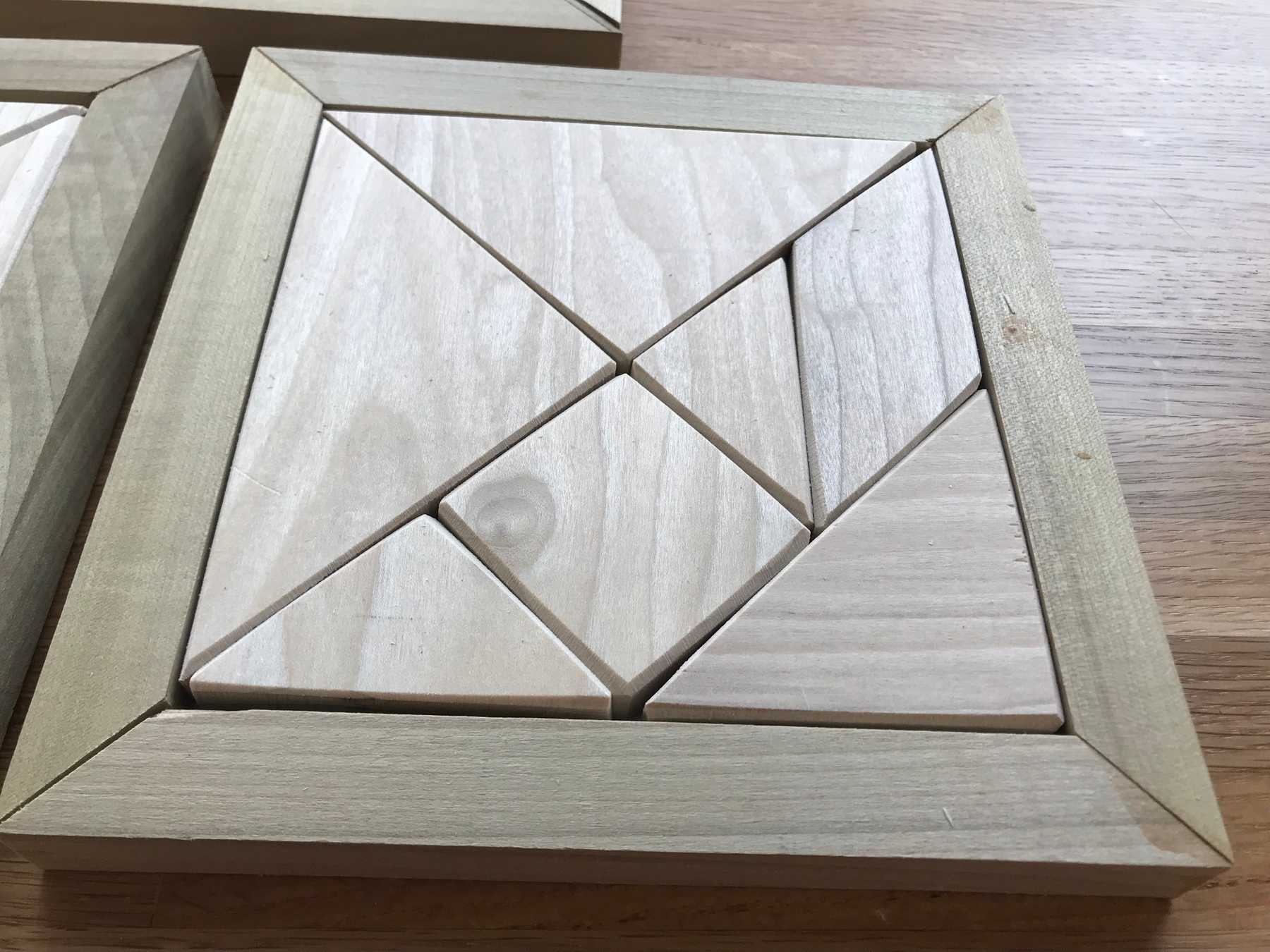 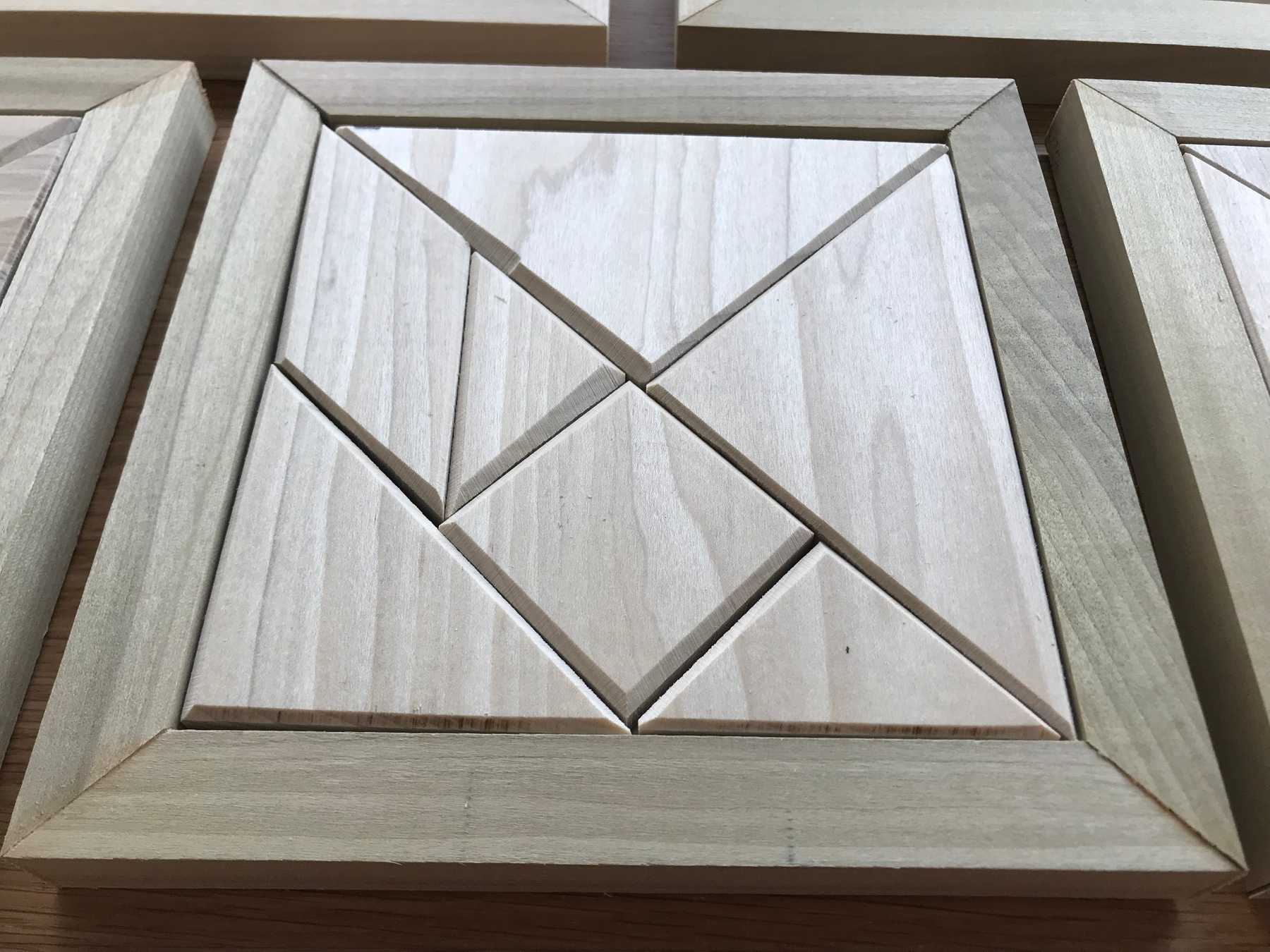 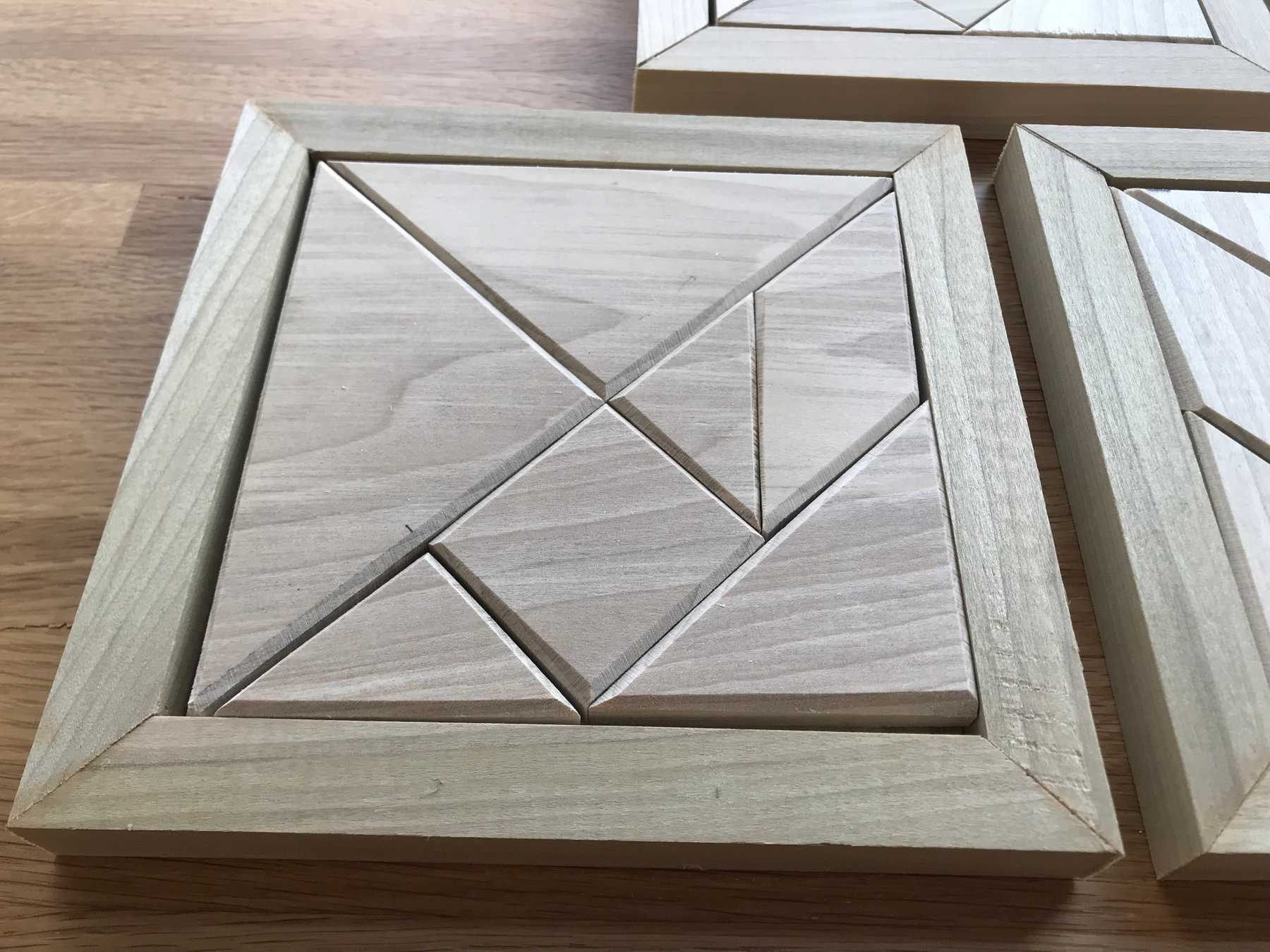