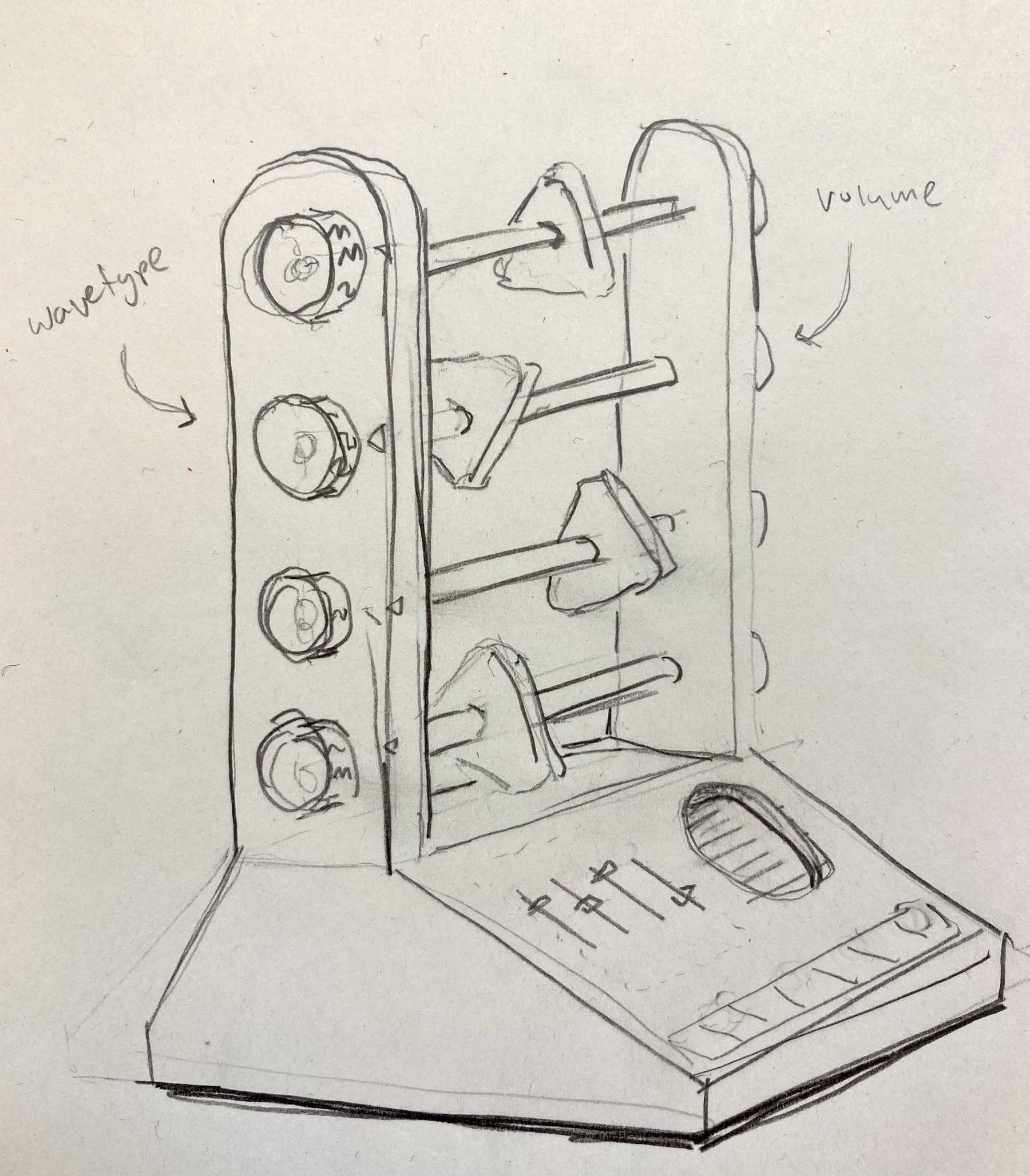 Sketch of my thesis project: Abacusynth

For my thesis project I am creating a synthesizer inspired by an abacus. Its interface consists of four rods, each holding a spinning object. These four objects represent oscillators in the synth. A user can spin them and move them left and right along the rod.

The objects should be as “spinny” as possible, but they also need to move left and right smoothly. I experimented with a lot of ball bearings, but nothing worked as well as a fidget spinner. I wanted the objects to be wood, so I found a small spinner and encased it within within layers of laser-cut wood.

Initial prototype using a bushing for the rotation

I started with using a bushing to spin/slide the object. It slowed down pretty quickly.

Testing a fidget spinner with the breakbeam sensor

Hoping to not reinvent the wheel, I ordered some fidget spinners. They performed exactly as I envisioned — spinning for multiple minutes. I even found one that had slots already cut out of it, which would allow me to use it with my break-beam setup perfectly.

Testing both spinners at once 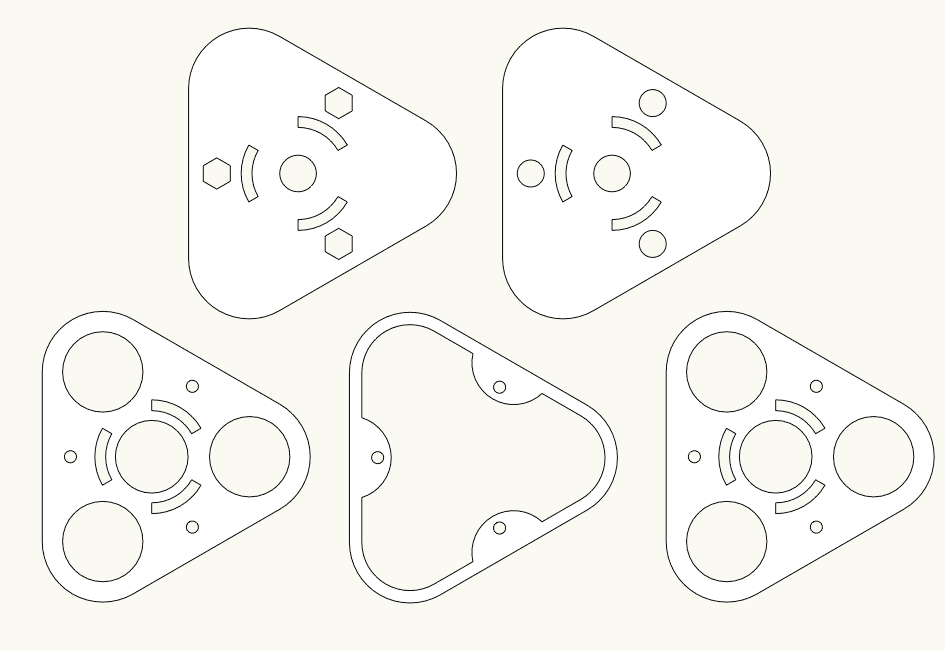 I designed the housing in Vectorworks. It consists of 5 layers of 1/8” material held together with bolts, that when assembled, encase the spinner tightly.

I started with cardboard to make sure everything fit. 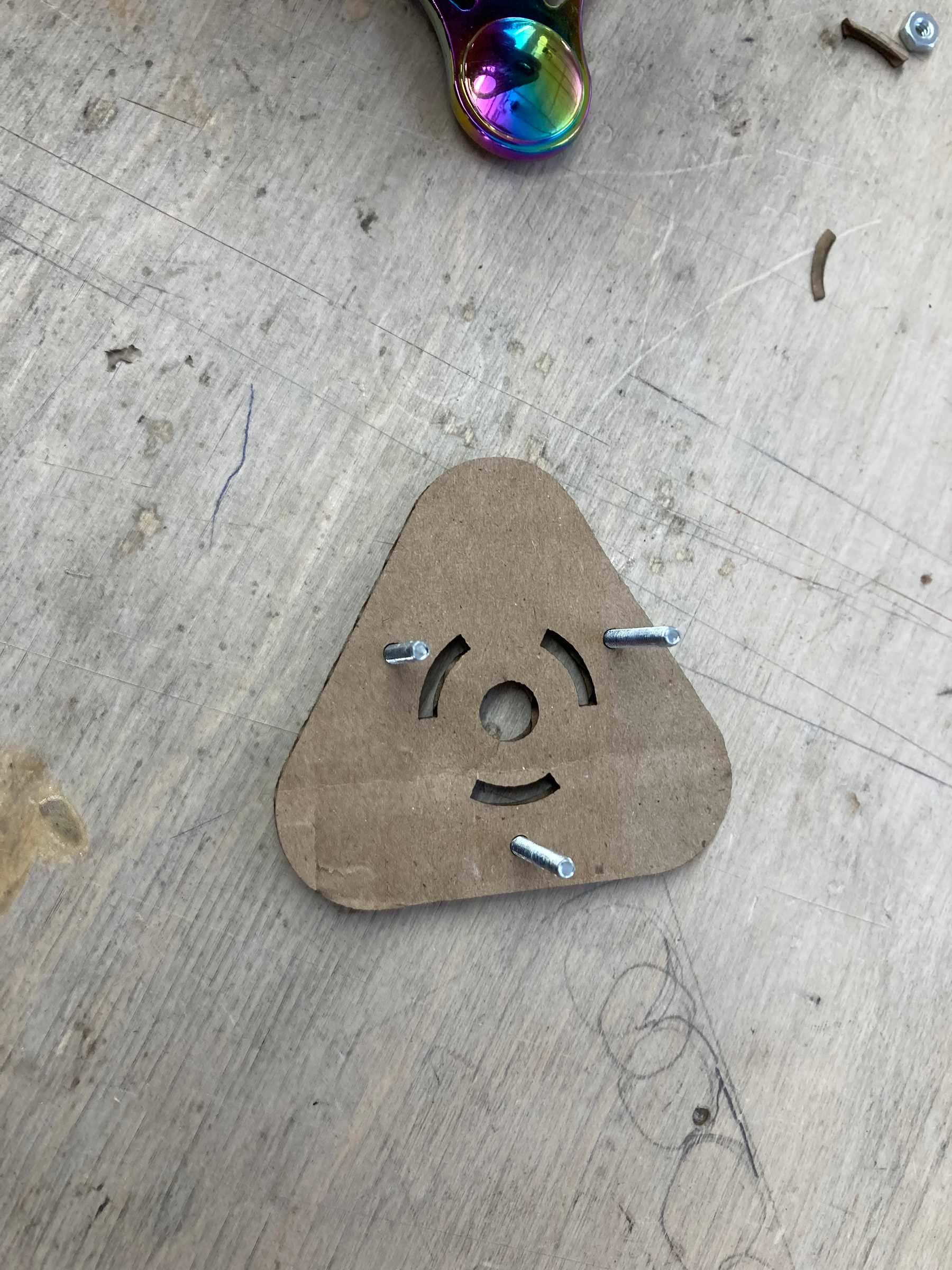 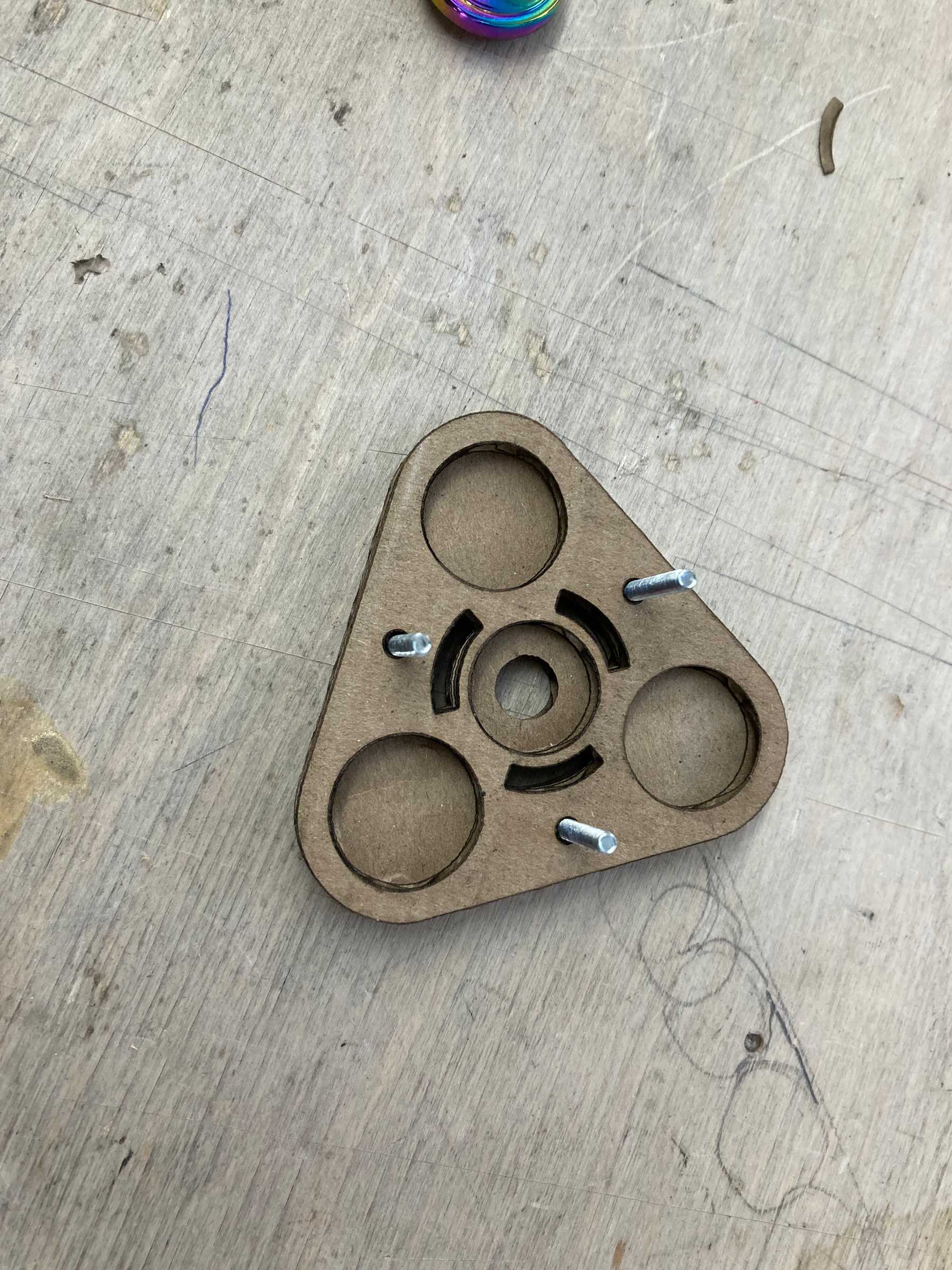 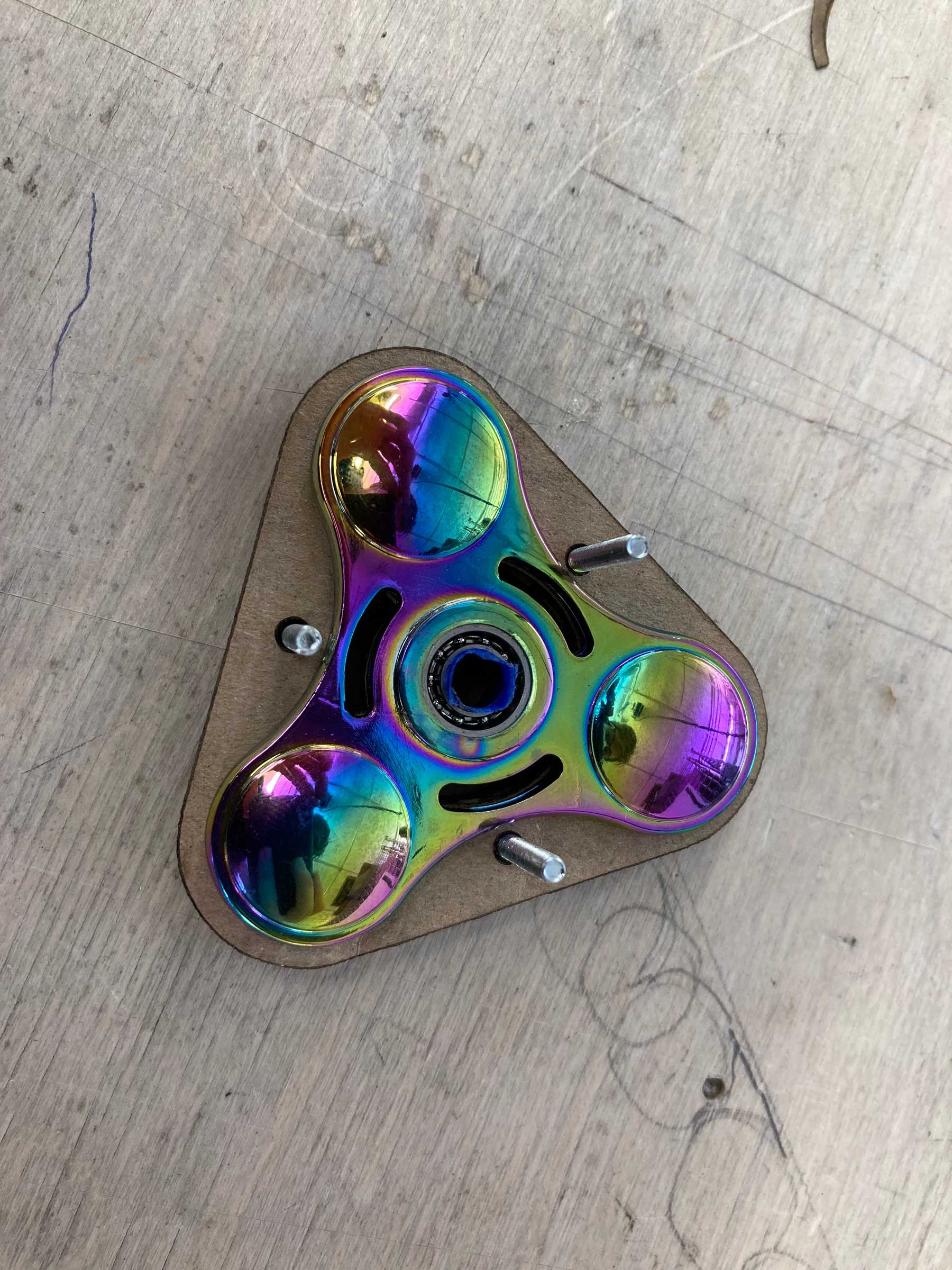 Layer 2 with the spinner 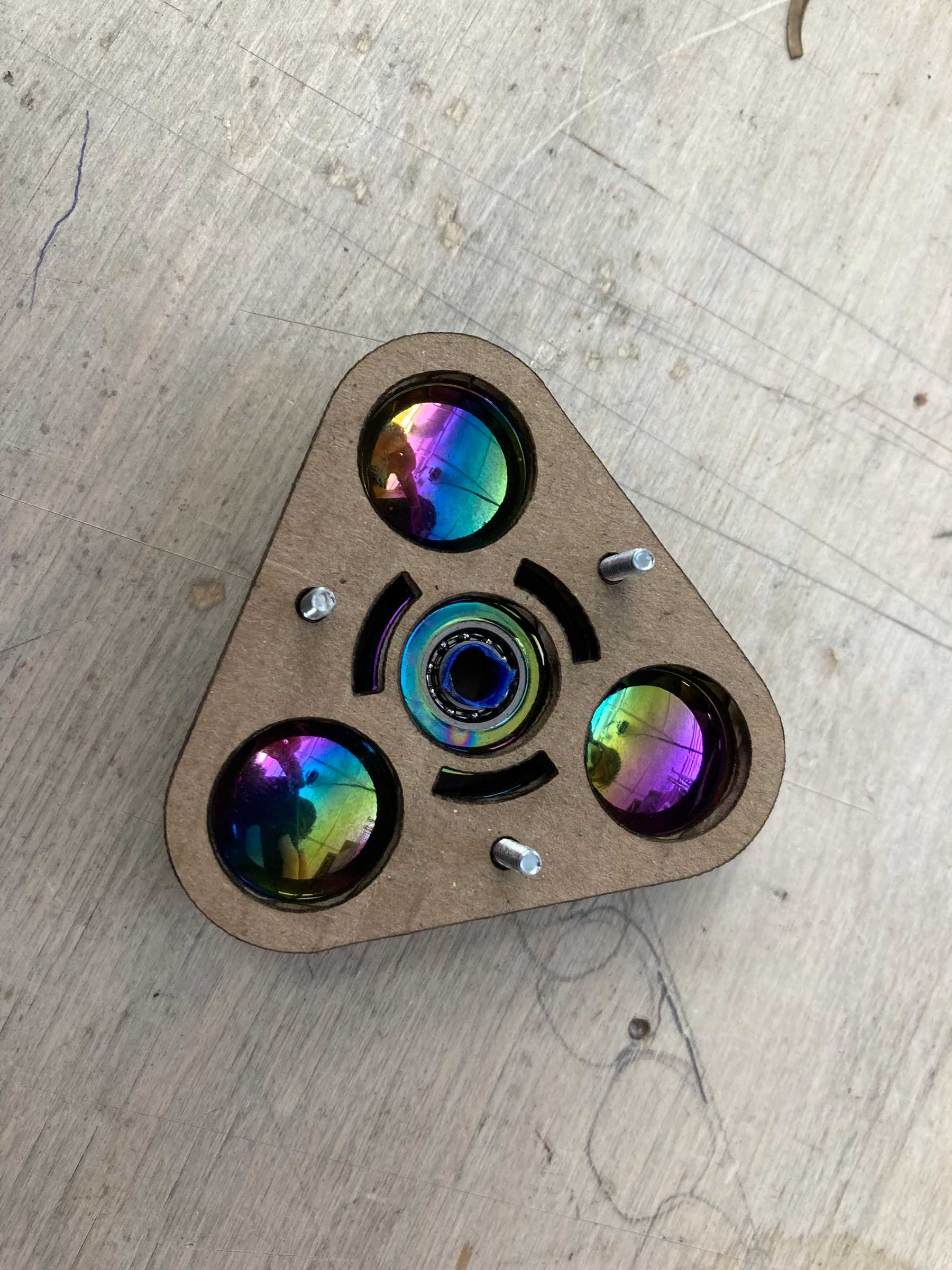 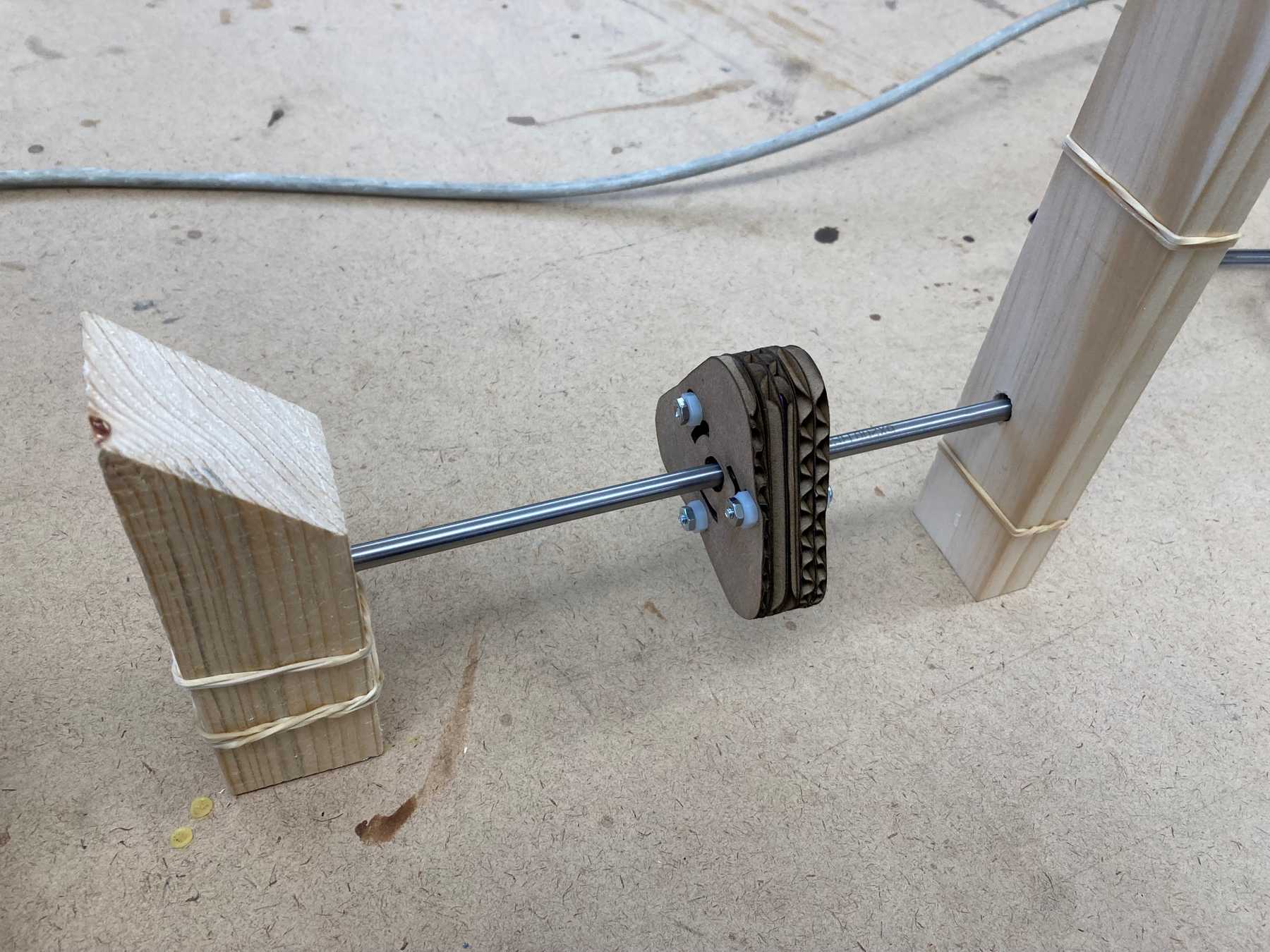 It worked pretty well! I just needed to make the holes smaller to fit 4/40 screws. 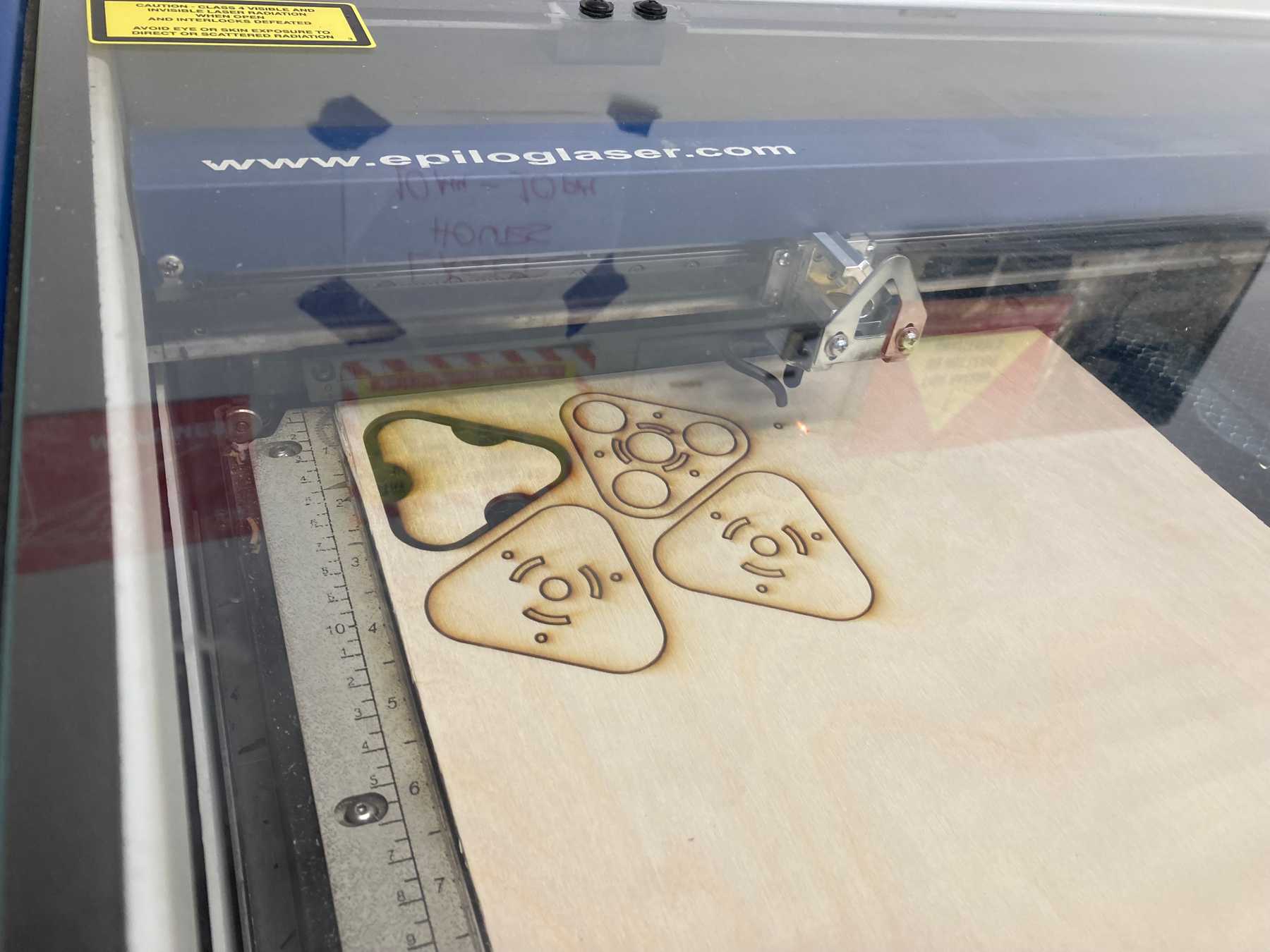 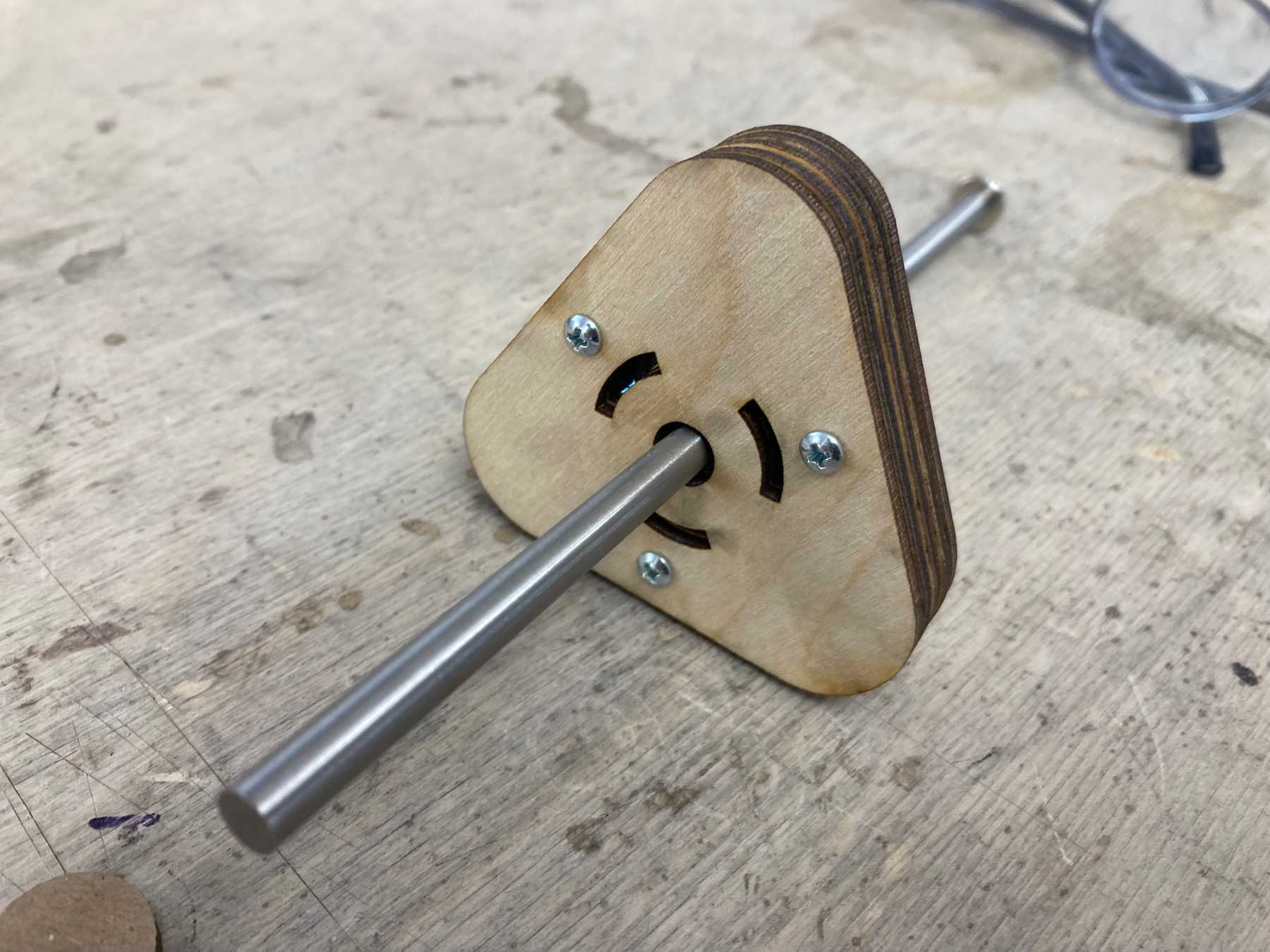 The wood is a bit thinner than cardboard, so there is a slight gap on the edge, where the inner metal is visible. 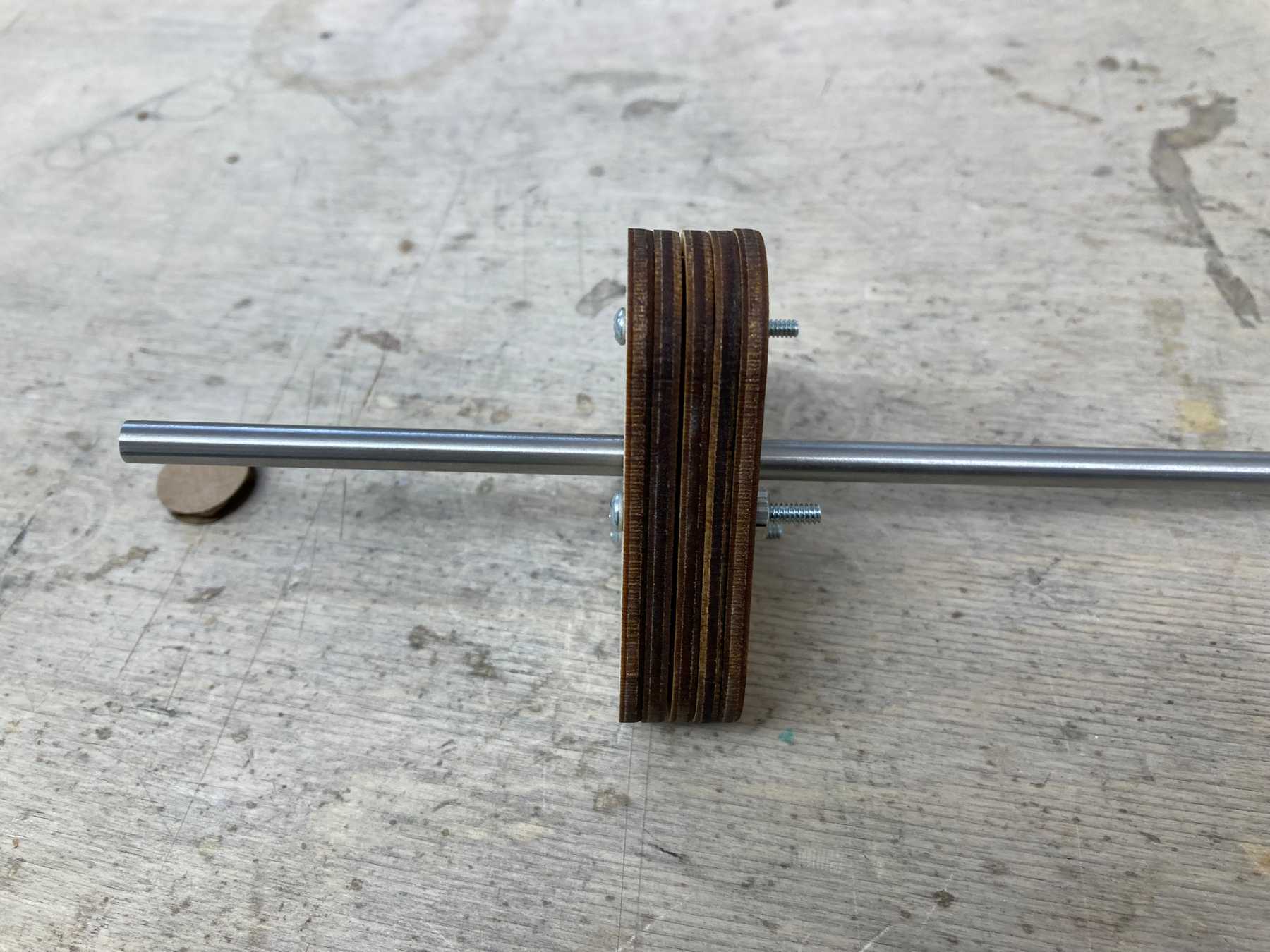 It feels great to spin, but there’s an issue: the bolts stick out dangerously. To solve this I designed the outer two layers such that they would countersink the bolts.

The front and back panels would need to be glued to their adjacent layer in order for this to work, since the bolts no longer hold them 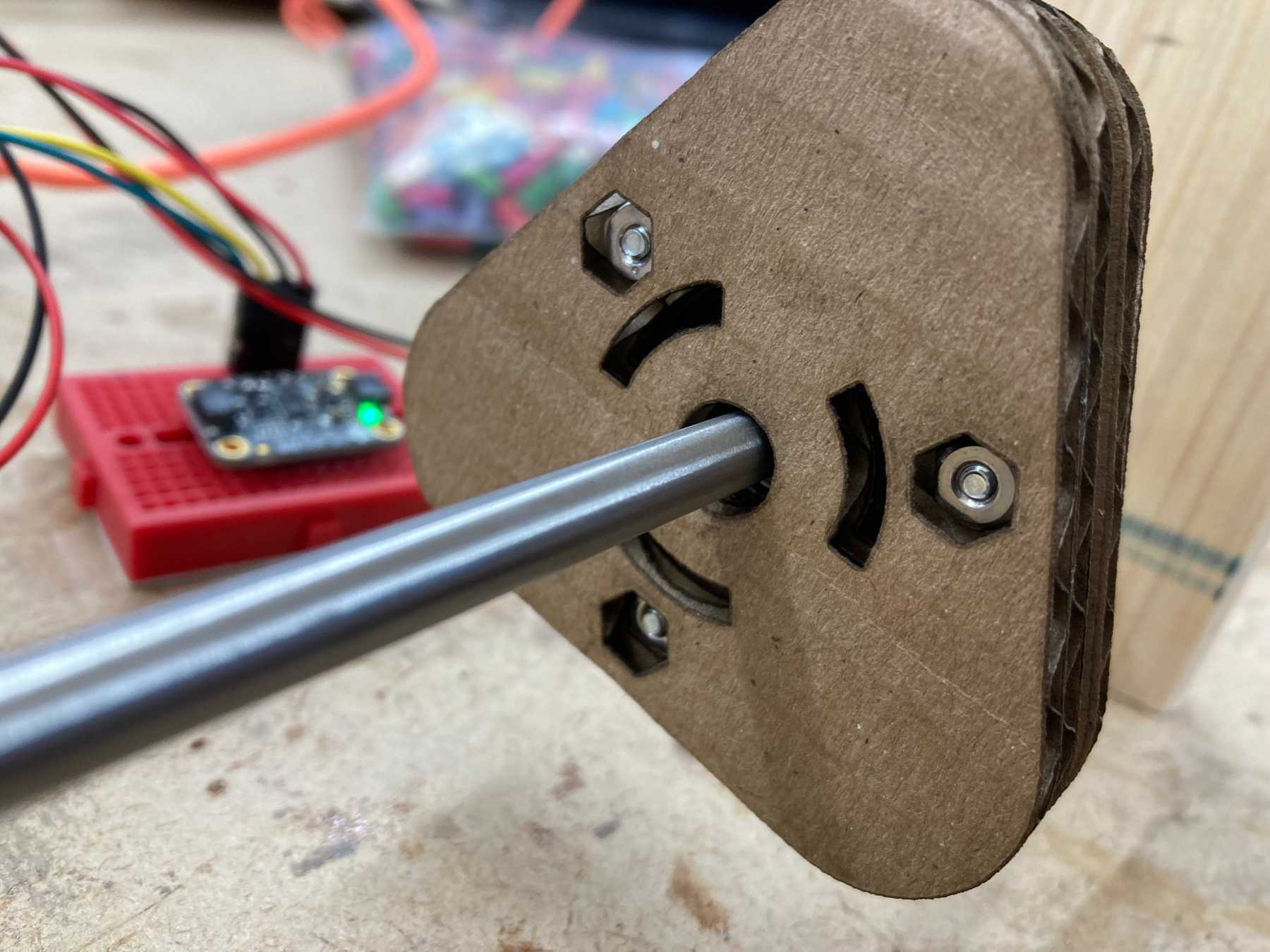 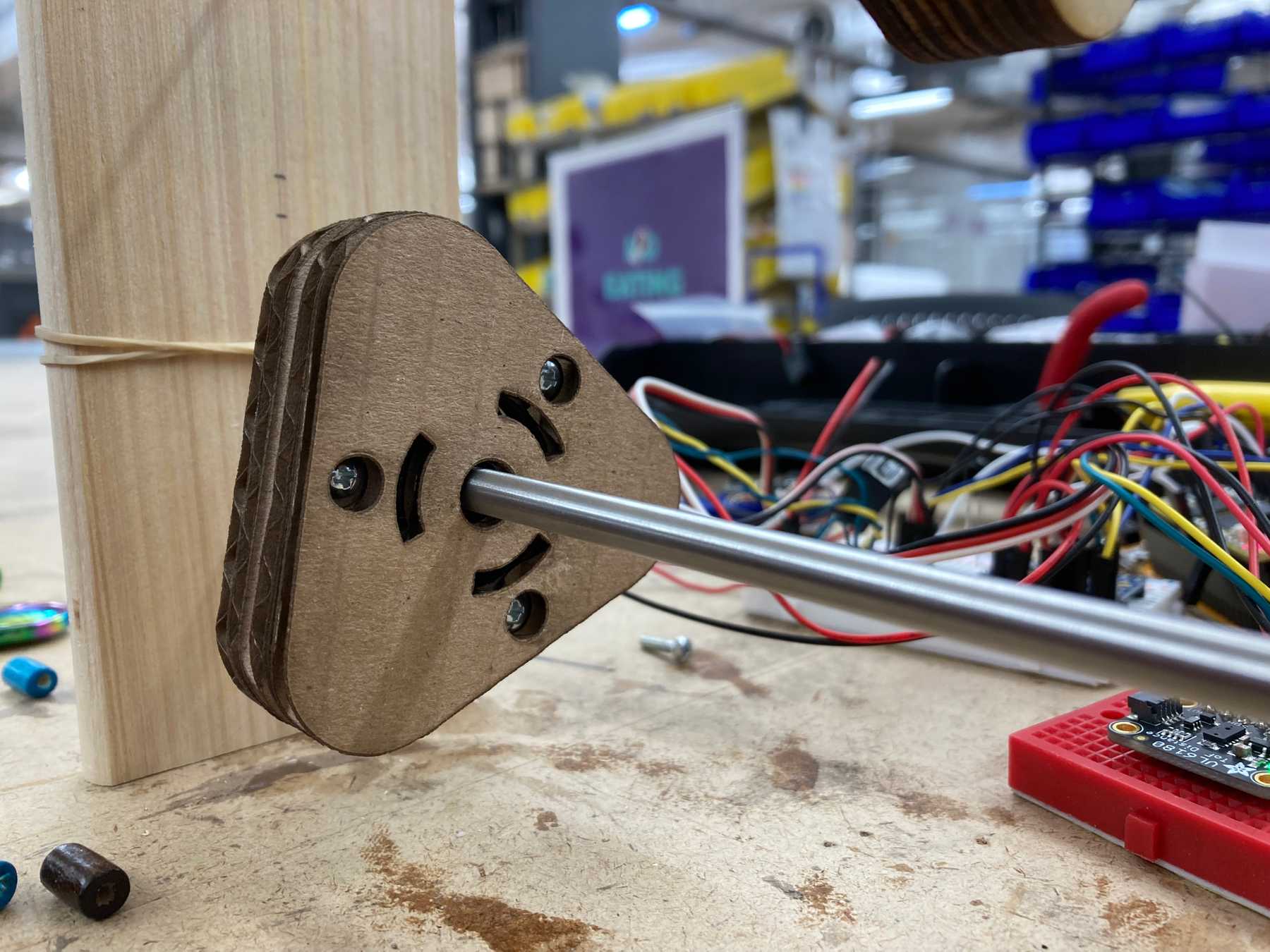 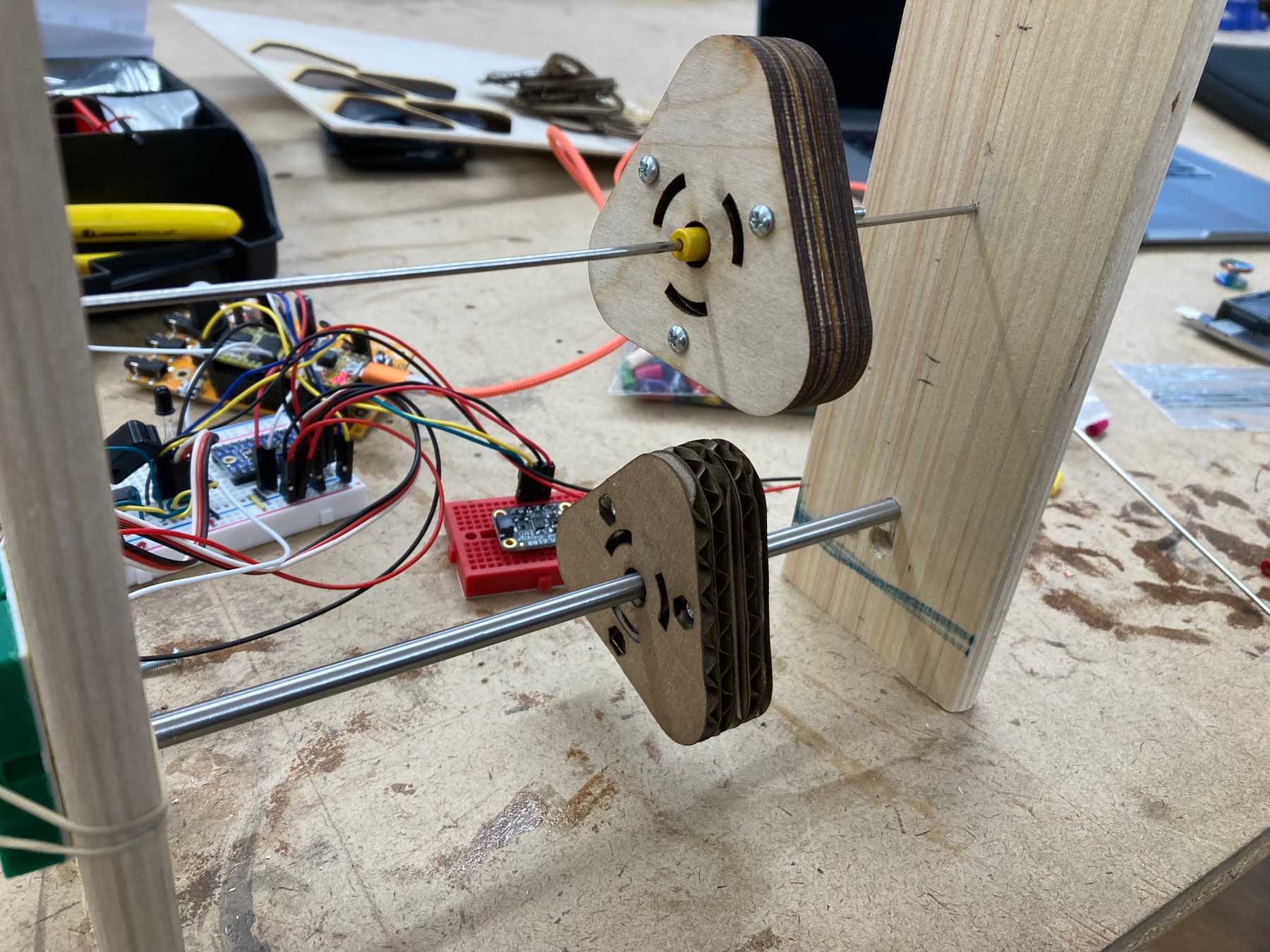 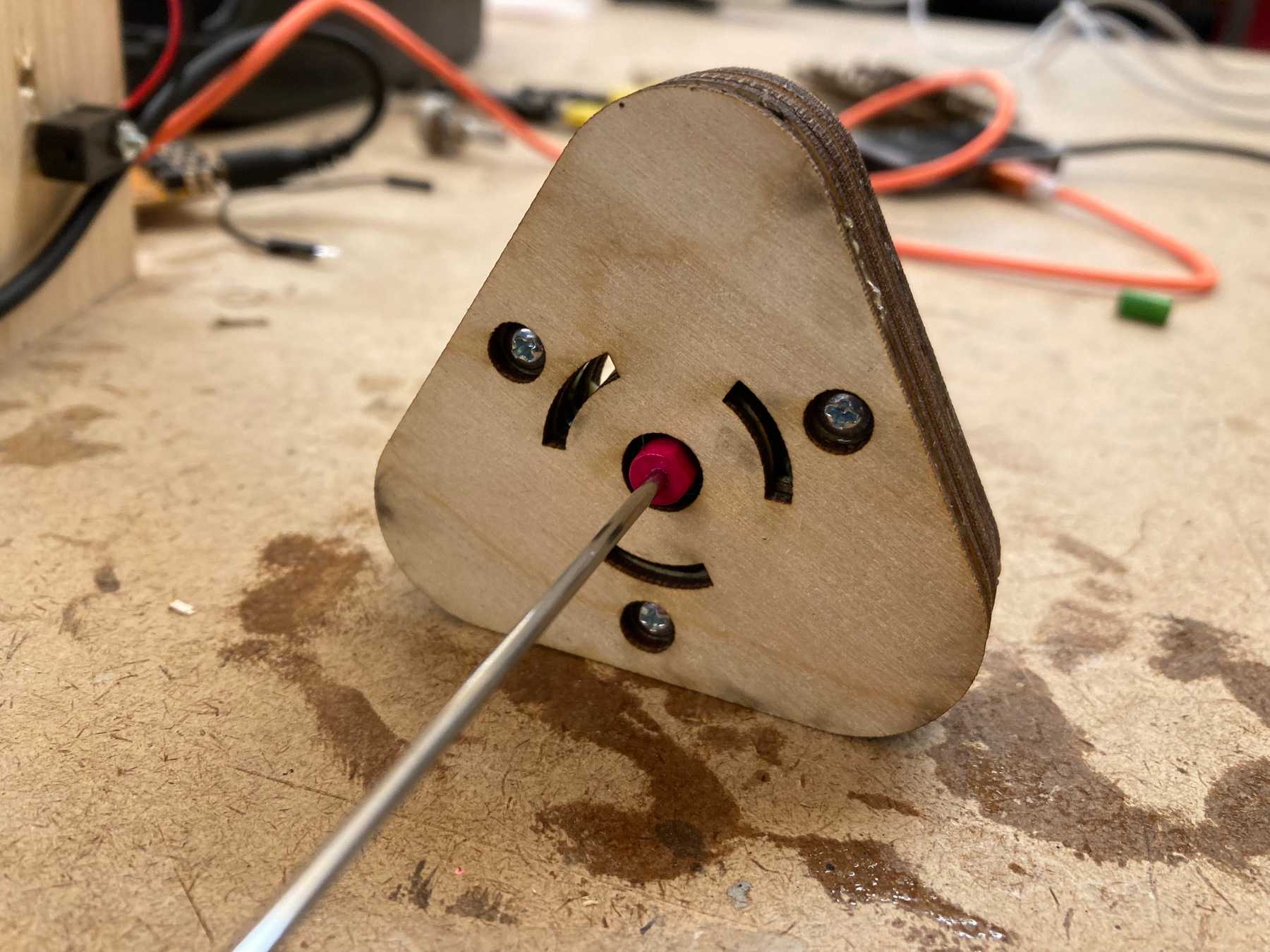 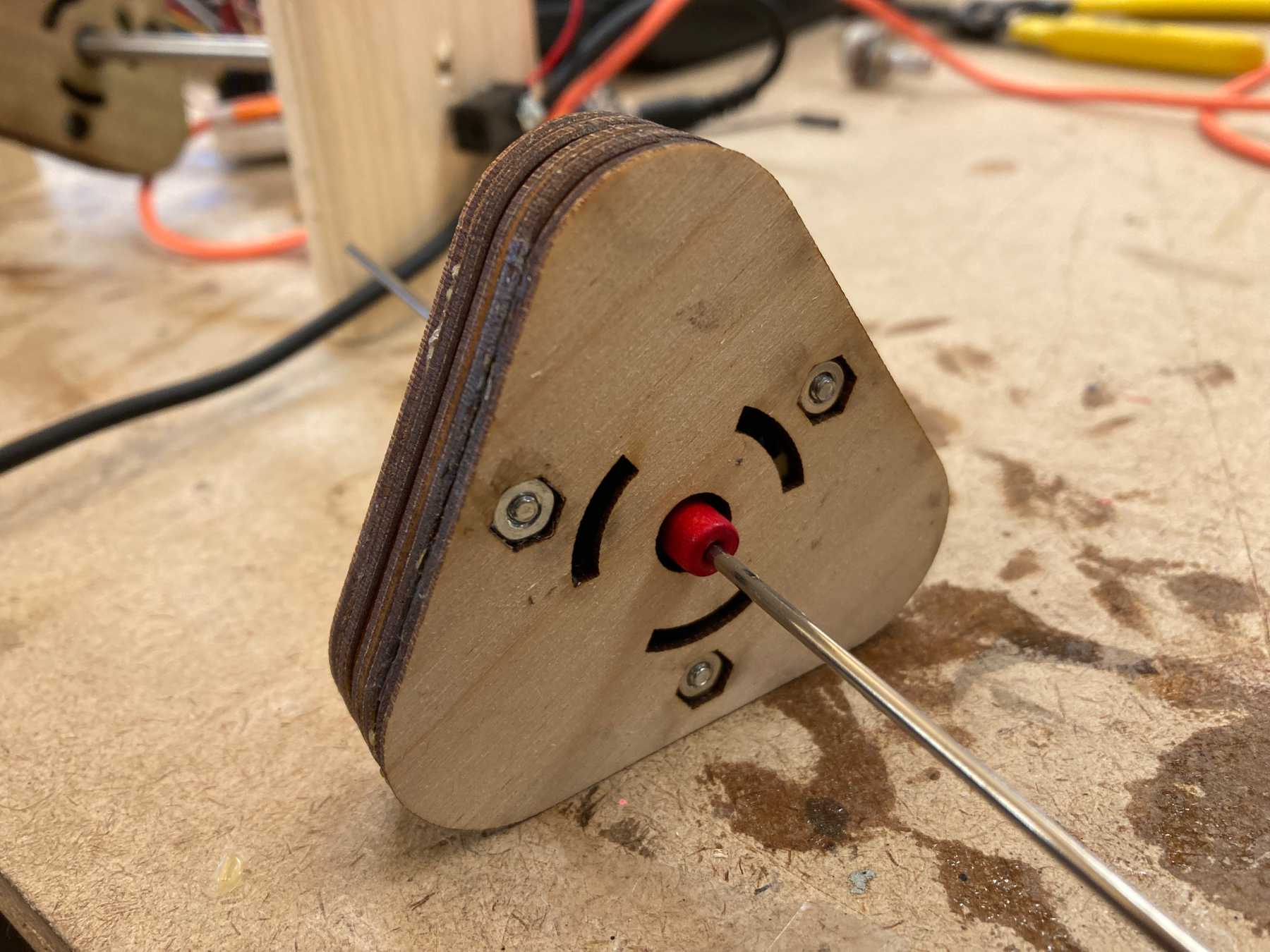 Much safer and looks better! 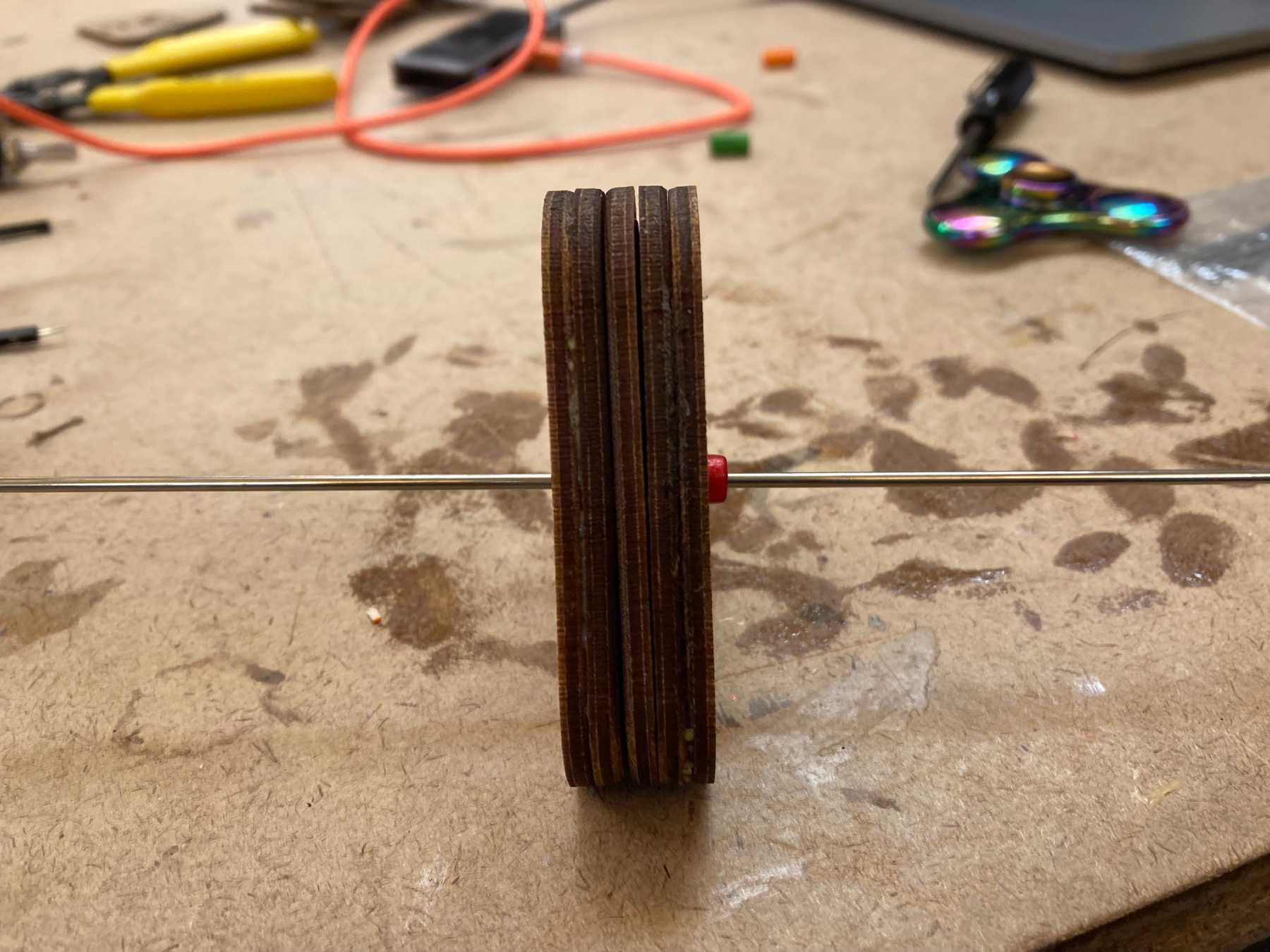 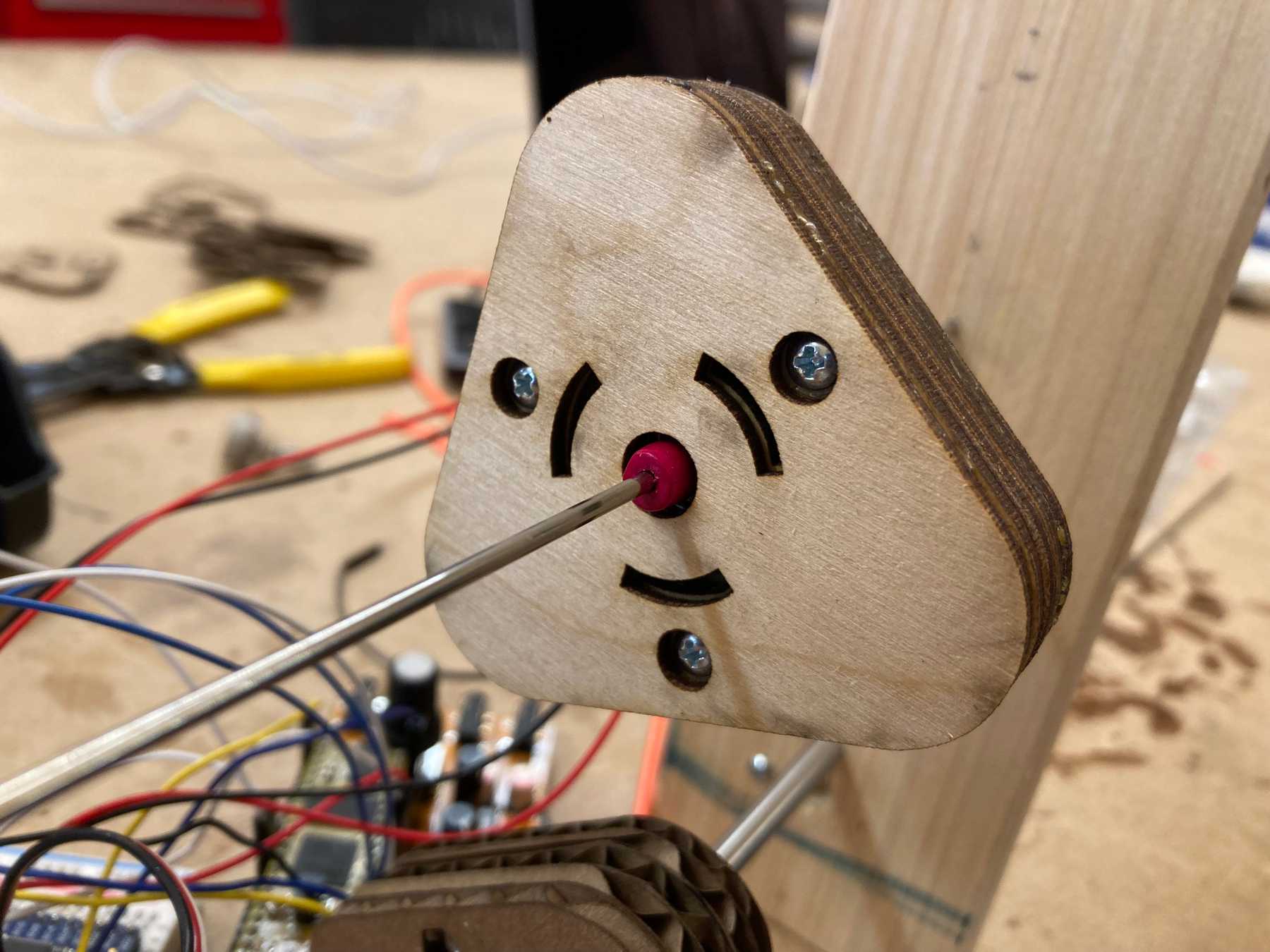 Mounted on the rod

The spinners need to slide left and right smoothly. The inner diameter of the bearing is 1/4” in. I tested using a 2mm rod and wooden beads. They moved quite smoothly, but the rod was too thin to remain rigid, especially when the object was in the middle. 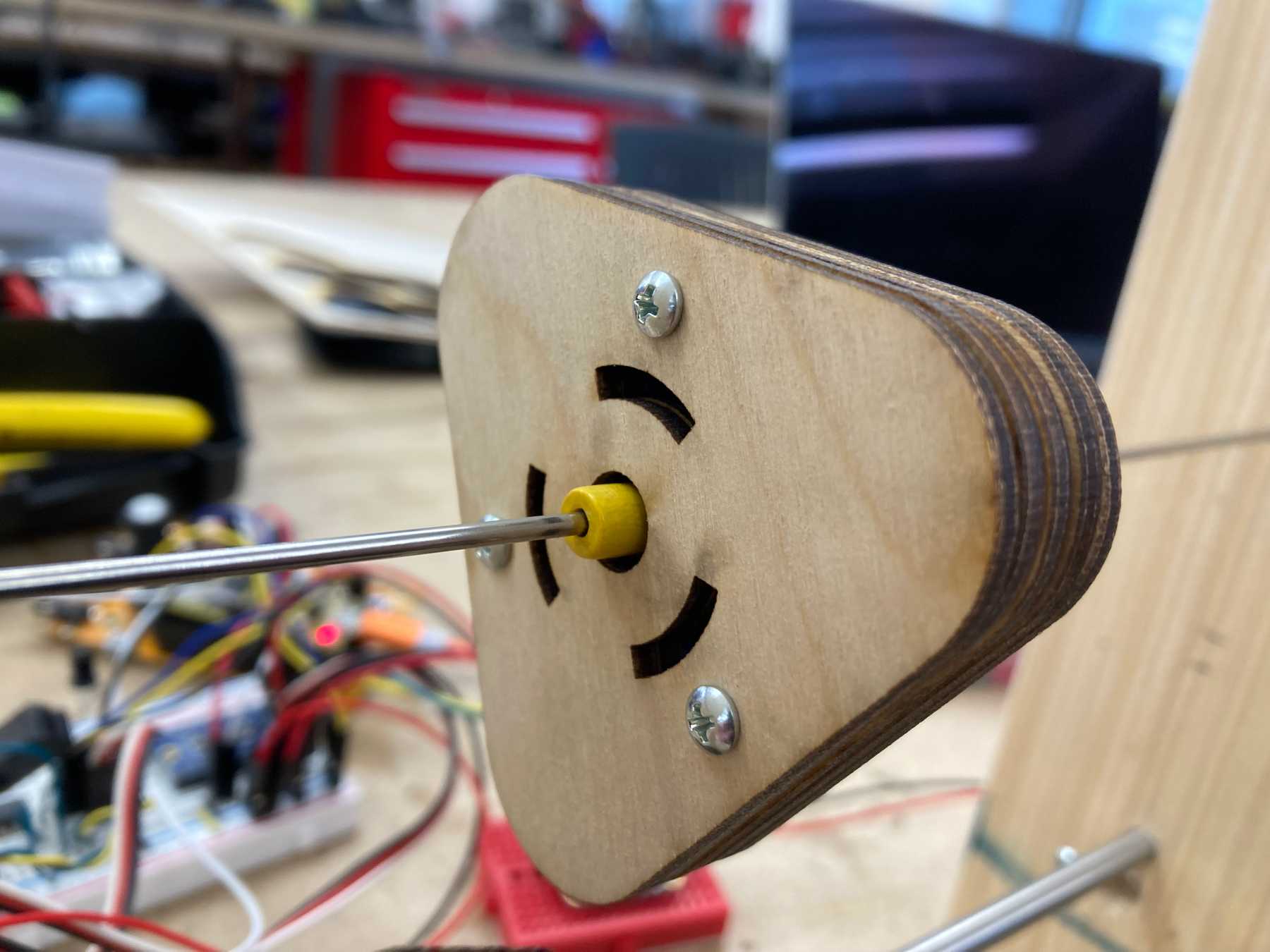 A wooden bead inserted into the bearing 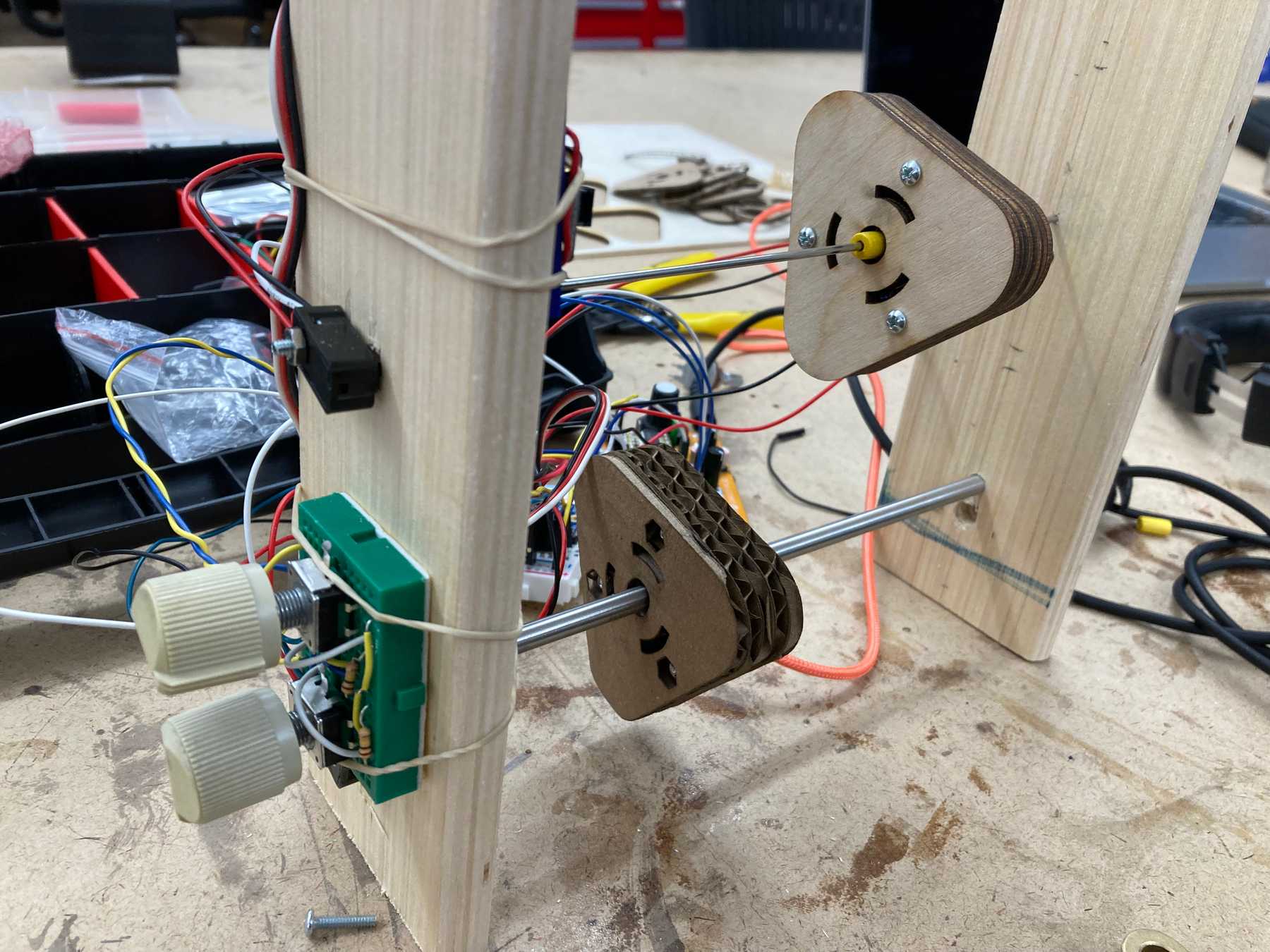 Testing both spinners at once

For the final iteration, I 3d Printed a handle that would friction fit into the spinner but allow for easy left/right movement. 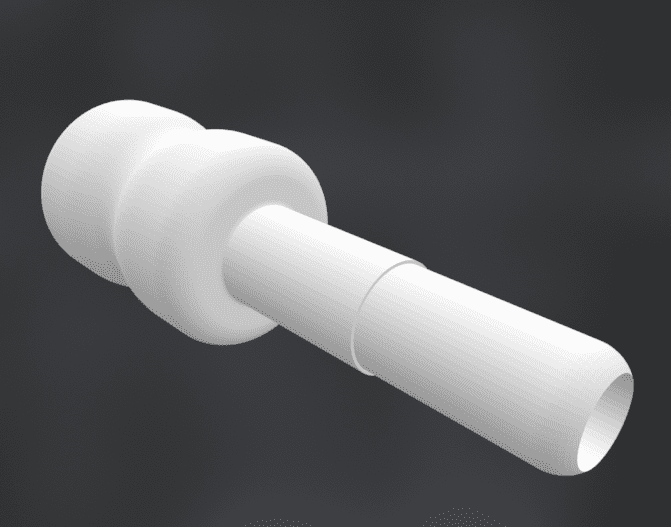 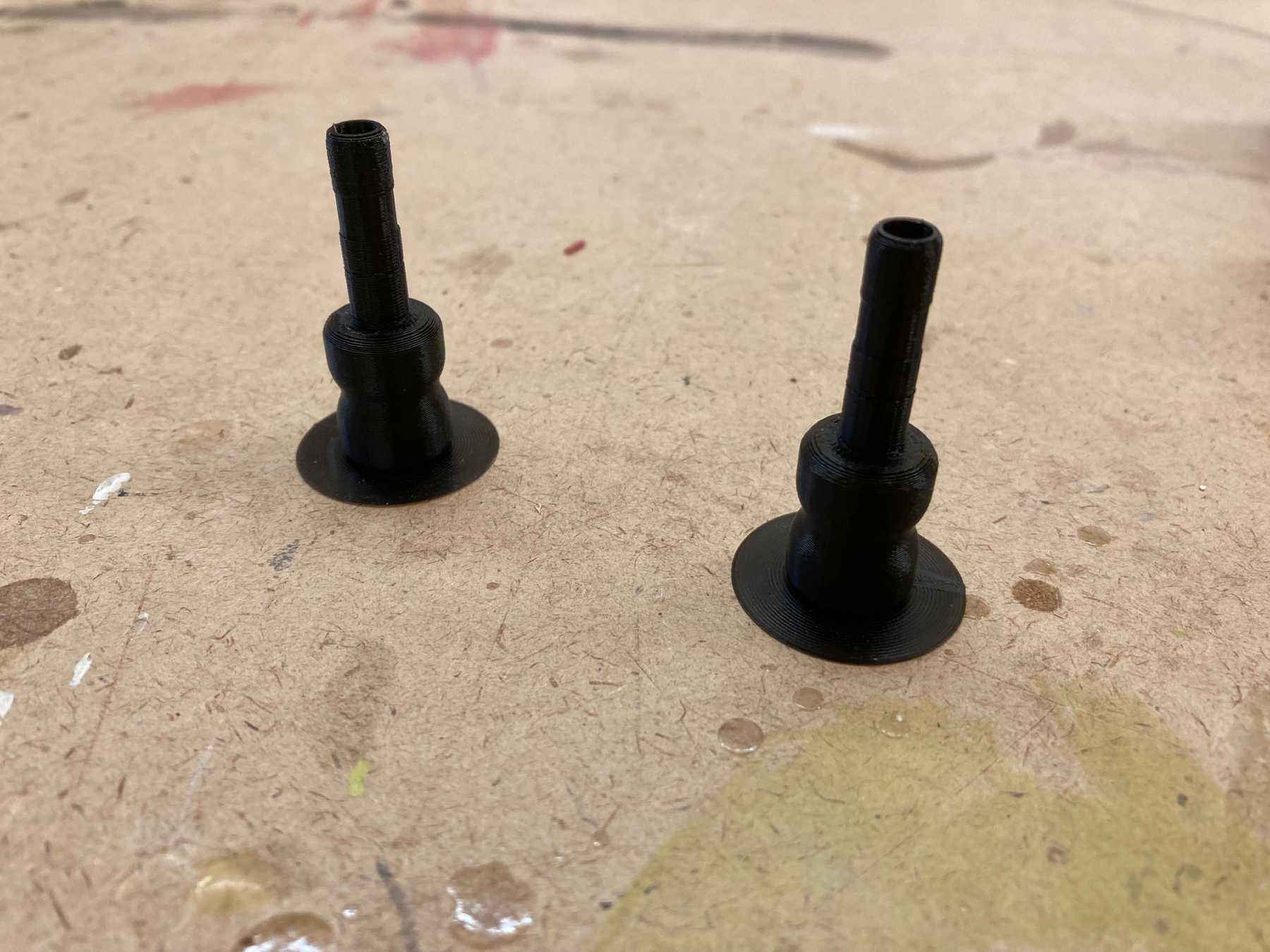 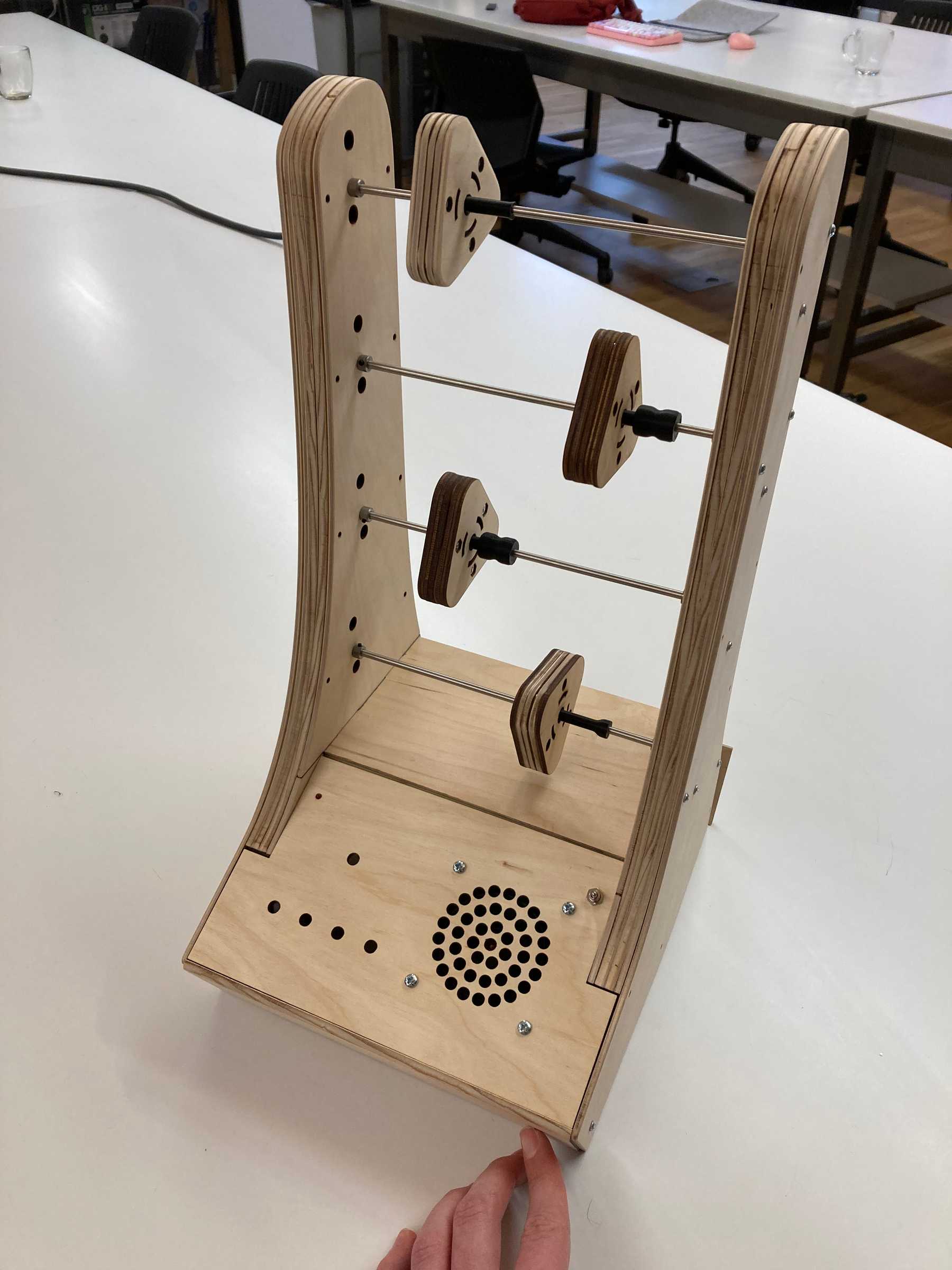 User testing revealed that the spinners should fit the finger better, with a wider curved handle. I updated the design accordingly. 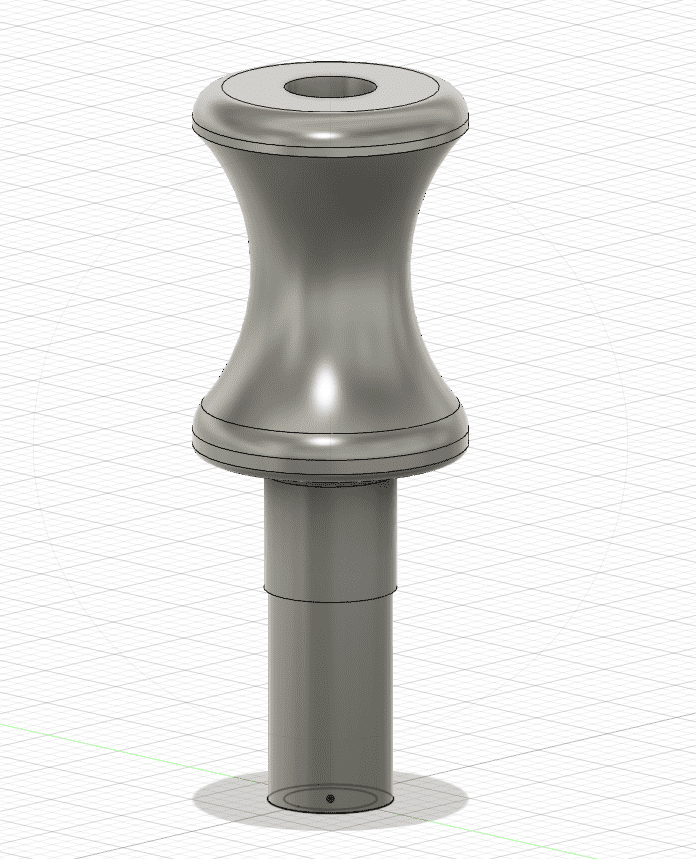 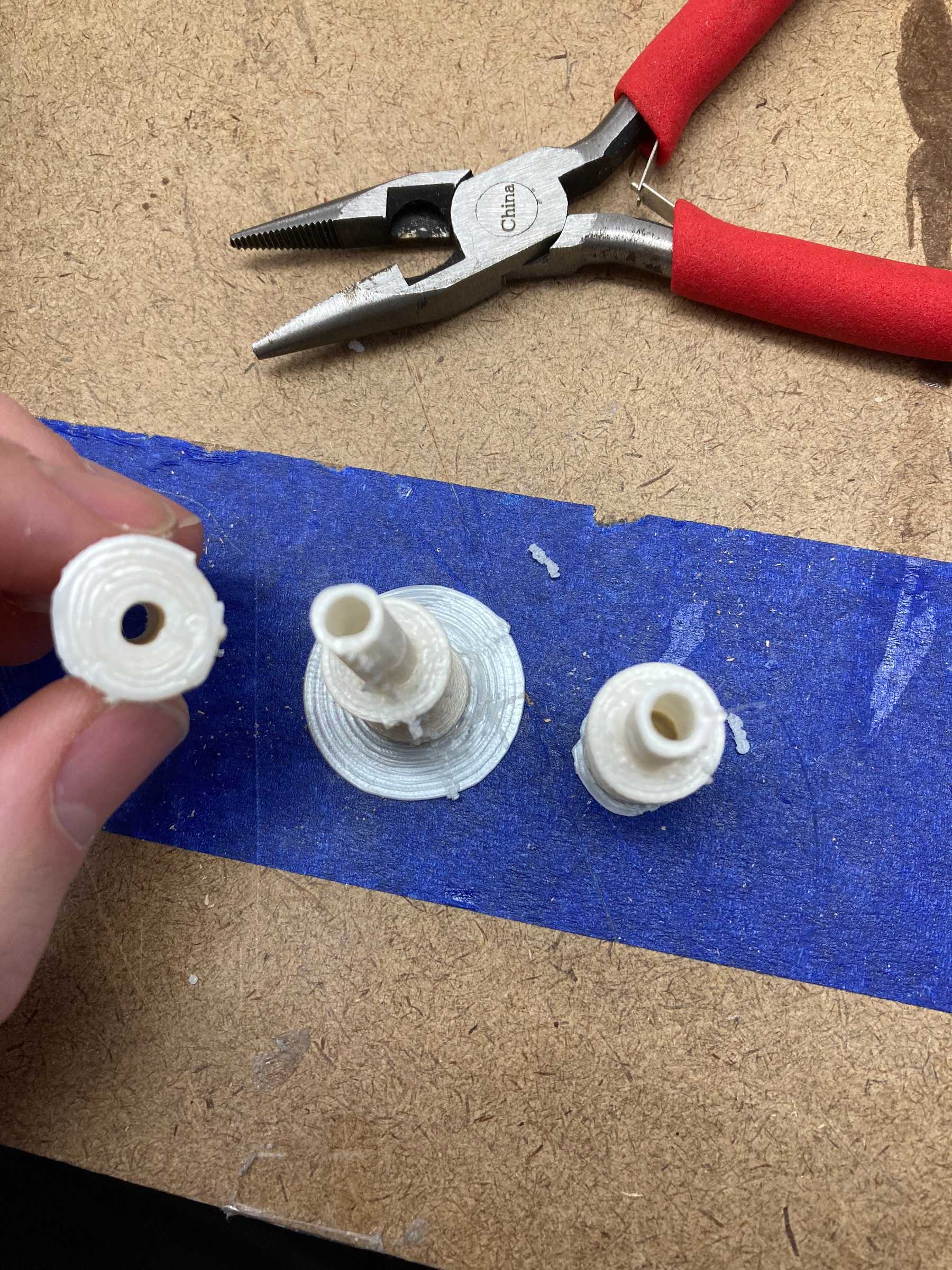 I sanded the new handles and, after painting the spinners, assembled everything together. 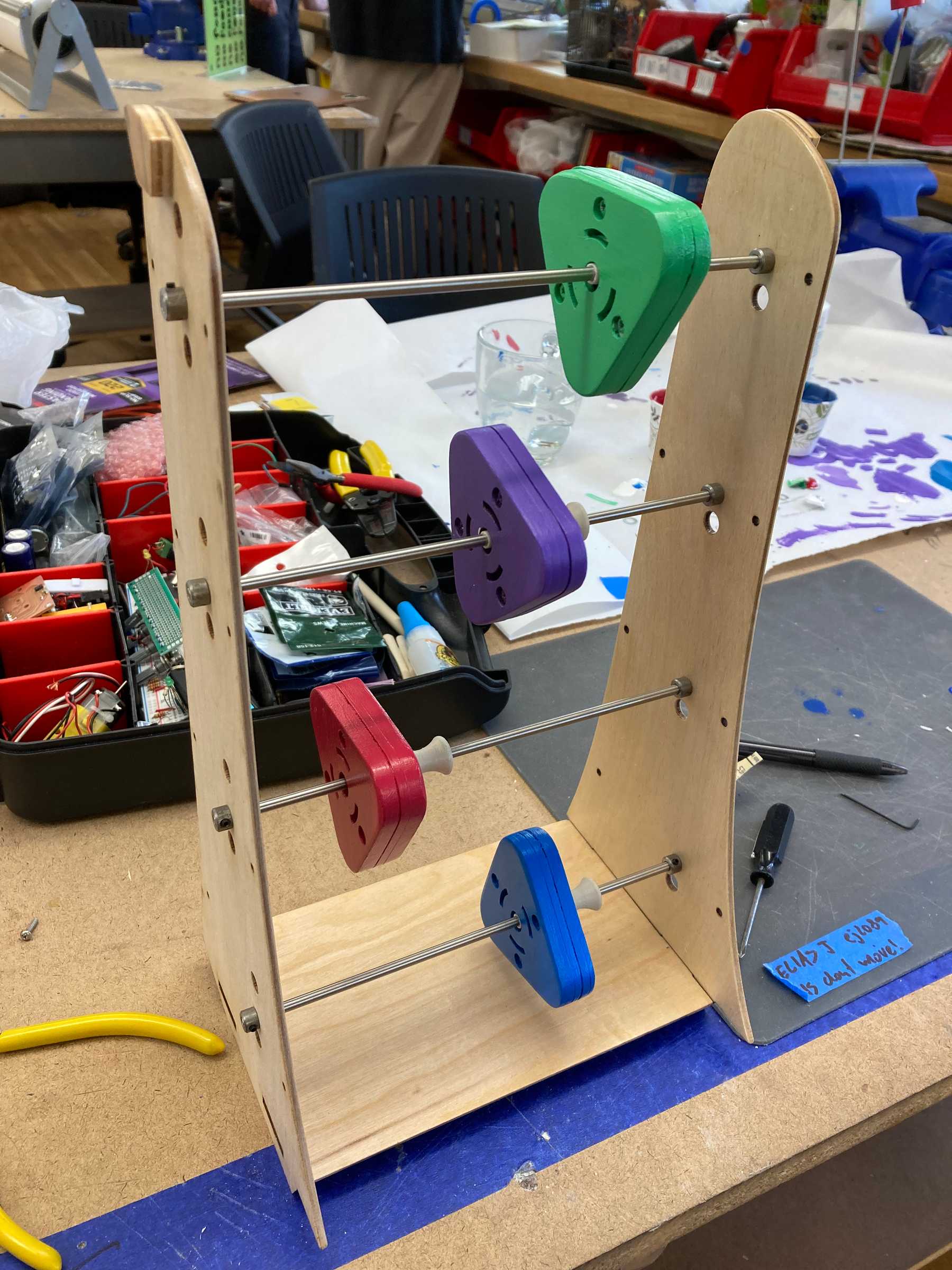 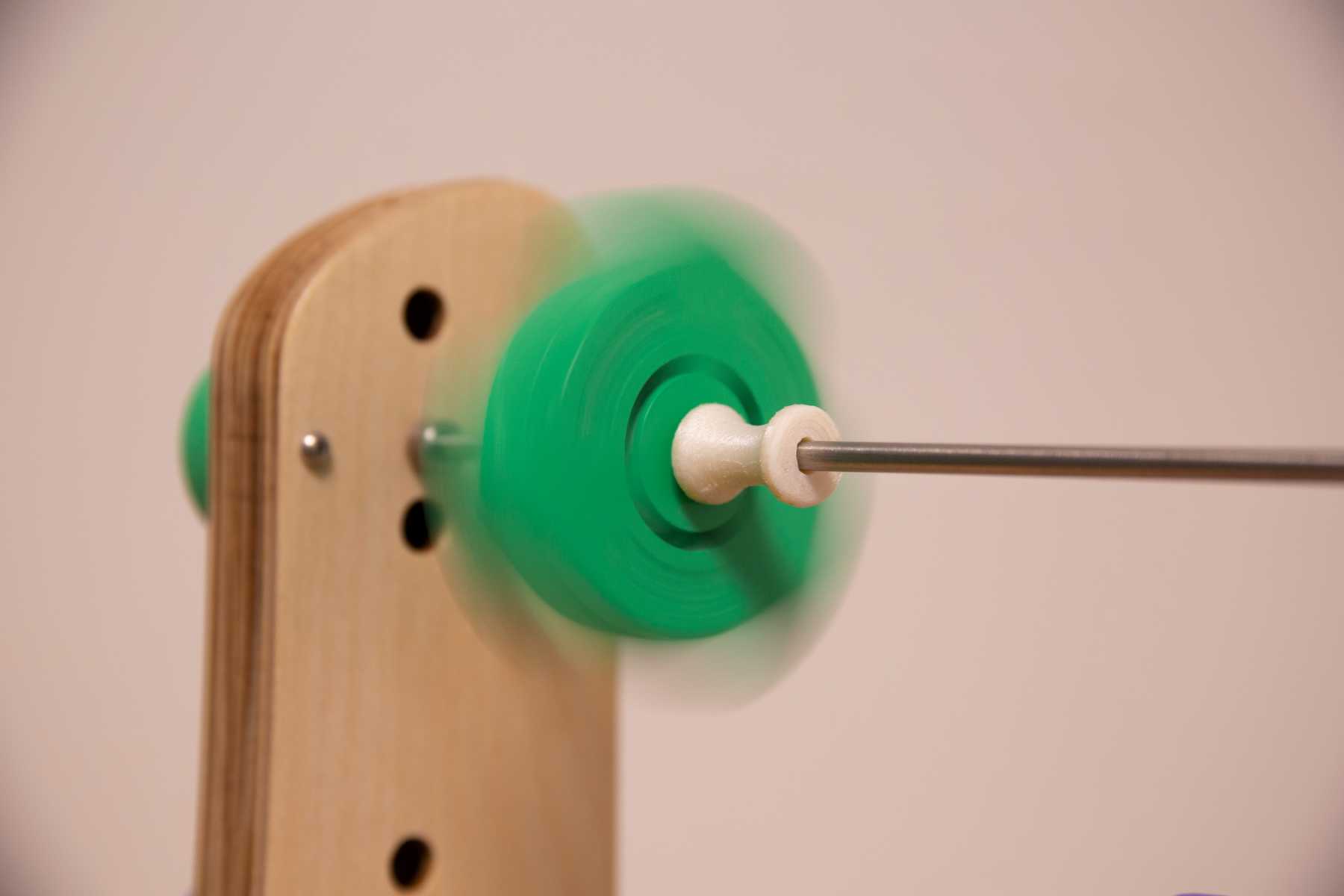 Closeup of the spinner and handle design